Ali Fedotowsky-Manno and her husband Kevin Manno celebrated their five-year engagement anniversary Wednesday, and Ali still has some mementos from that special day.

On Thursday, Ali shared her initial engagement announcement on her Instagram Story, writing, "Five years ago yesterday. Saying yes to @kevinmanno was the best decision of my life!" In the picture, Ali holds up her hand to show her emerald-cut Neil Lane diamond ring. According to People, the bauble is a 3-carat diamond with 68 smaller stones surrounding it.

In the next slide of her Instagram Story, she holds up a vase of dried rose petals, explaining that they're the same ones from the day he proposed.

"These are the rose petals that Kevin sprinkled all over when he proposed to me five years ago," she wrote. "And it's too funny that it's the five year mark because I just found them and want to get rid of them! Ha!" 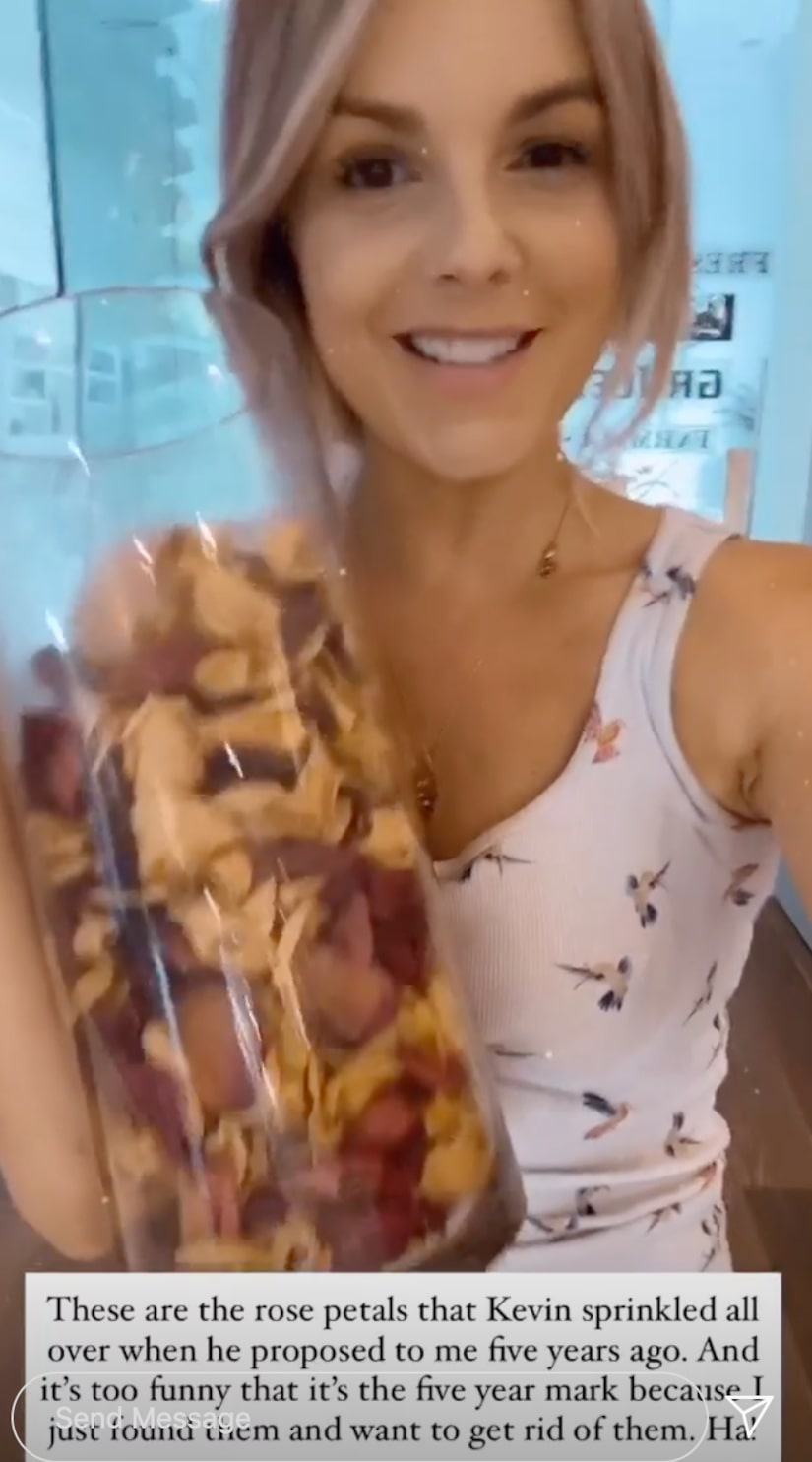 Ali explained in a subsequent slide that she doesn't "know what to do with them" because they've been "collecting dust" in her house. Ali, Kevin, and their two kids Molly and Riley are moving out of their house, hence the reason why Ali is trying to "get rid of them."