Matt James overcame some literal hurdles Tuesday morning as part of an intense workout routine that he completed at a track in Jupiter, Florida.

Matt posted a photo on his Instagram Story of his legs resting on his hurdle as he lays on the ground. He wrote, "Stadiums [check emoji] 200x4, 150x3, 100x2," referring to distances in meters on the track. He also included "Hurdles" with another check emoji next to it.

From the looks of it, Matt is ready and sprinting towards his opportunity as the next Bachelor. 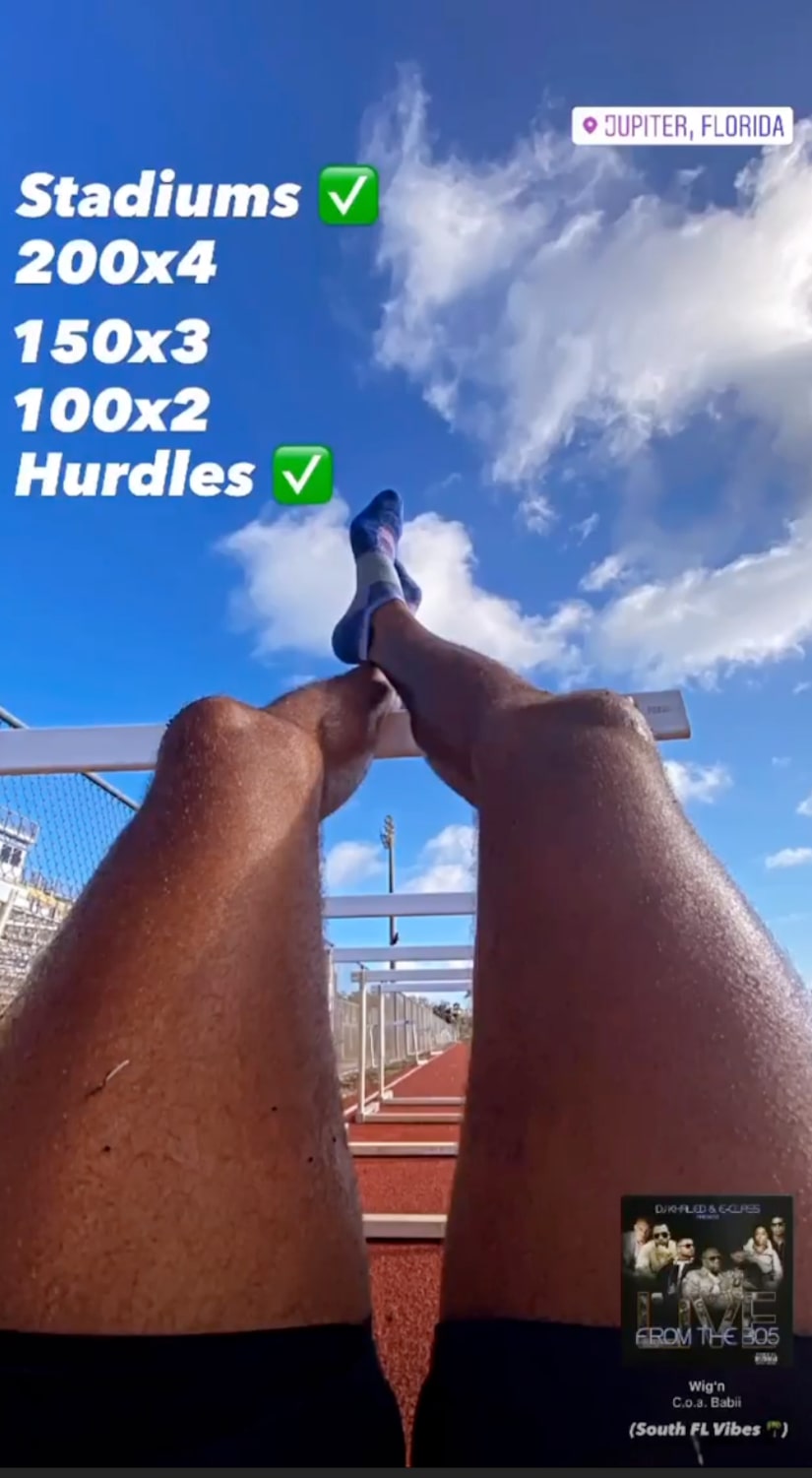 He's always been a sporty guy. Matt played football in college and ran the Chicago Marathon alongside his best friend and roommate Tyler Cameron. He also dabbles in basketball. Matt joked in an interview that his mom already has her "grandkid counter" going and she wants enough for "a basketball team."

Tyler Cameron, Matt’s best friend and roommate, predicted that Matt would continue with his strenuous exercises even when he’s handing out those coveted roses. Tyler told Chris Harrison in an interview on "The Bachelor: The Greatest Seasons — Ever!" that he needed to "prepare to get woken up early and work out an obscene amount."

Tyler added, "This is the probably the best shape you've ever been in on a season, Chris."

Based on Matt's profile, we don't doubt that one bit.