Bachelor Nation knows that Clare Crawley makes her own rules when it comes to finding love.

Her season of "The Bachelorette" premieres in just under a month (Tuesday, October 13, to be exact), and in the past couple of weeks, the show has released several teasers leading up to the big day. In the majority of these trailers, Clare can be seen wearing a floor-length white dress as she holds a rose and walks barefoot across the screen.

Her lack of shoes perplexed some fans, and now Clare is sharing the real reason why didn't don a pair of stilettos or other shoes for the clips. On Wednesday, Clare posted a screenshot from one of the videos on her Instagram Story. 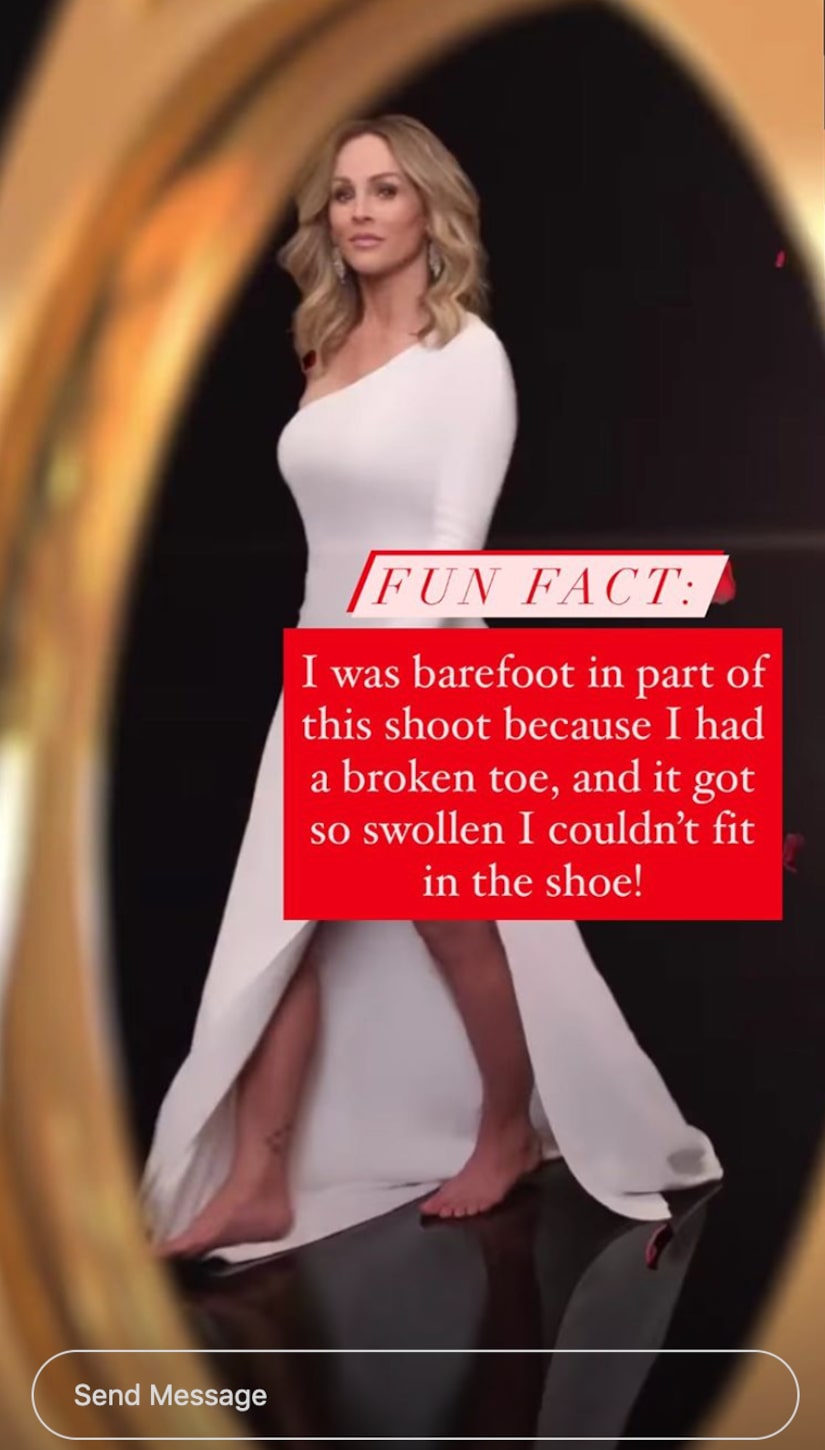 She wrote, "Fun fact: I was barefoot in part of this shoot because I had a broken toe, and it got so swollen I couldn't fit in the shoe!"

"The Bachelorette" released a jaw-dropping trailer Monday in which Clare can be seen kissing some suitors, telling one to "get out of here," and saying to the camera, "Drama this soon is just a little bit crazy."

Chris Harrison drops the ultimate bombshell when he states, "Congratulations. You've just blown up 'The Bachelorette.'"

Clare's season of "The Bachelorette" premieres Tuesday, October 13, at 8 p.m. on ABC.