Just because these three have left "The Bachelor" and "The Bachelorette," that doesn’t mean the drama has dissipated! Each episode, Tayshia, Hannah Ann, and Joe will discuss pop culture’s hottest gossip and news as they break down headlines and the biggest clickbait of the week. Plus, they’ll be joined by Hollywood celebrities who will take listeners into their own worlds and give the inside scoop.

These Bachelor Nation veterans know a thing or two about being in the headlines, and they’re ready to dive deep into the week’s most talked-about stories on "Click Bait with Bachelor Nation."

Tayshia made her "Bachelor" debut on Colton Underwood’s season. She wooed him with her big smile, calming presence, and openness to trying any adrenaline-boosting activity. She then went on to appear on Season 6 of "Bachelor in Paradise." The Orange County, California, native has an entrepreneurial spirit, too. She launched her own clothing line collaboration and also loves working out. Tayshia is known for always being ready to show off her dance moves as well as hosting dinners with her friends and family. 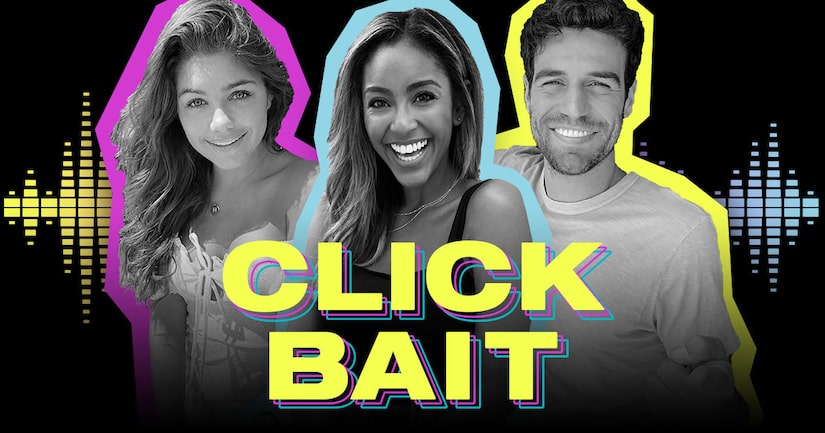 Hannah Ann is the epitome of a Southern belle. She grew up in Tennessee and started modeling when she was 16. She received Peter Weber’s final rose on Season 24 of "The Bachelor." Though they ended their engagement, Hannah Ann is thriving in this new chapter of her life. Now living in Los Angeles, she loves sharing her homemade recipes, décor and floral inspiration, and workout tips. Plus, she does it all with that charming smile!

Joe Amabile may have lasted only one night on Becca Kufrin’s season of "The Bachelorette," but this Chicago native stayed in America’s hearts for months. "Grocery Store Joe," as he is affectionately known, later went on to appear on Season 5 of "Bachelor in Paradise" and "Dancing with the Stars." He can usually be found trying new restaurants, bars, and cafés in Chicago, many of which he documents on his web series "What I Order."

Get ready for a pop culture podcast like never before. Listen to the full trailer for "Click Bait with Bachelor Nation" below!

"Click Bait with Bachelor Nation" launches Thursday, October 1. Be sure to listen and subscribe on Apple Podcasts, Spotify, SiriusXM, the Wondery App, or wherever you get your podcasts.