Cast members of "The Bachelor" and "The Bachelorette" took to social media Tuesday to encourage all their followers to register to vote. September 22 marked National Voter Registration Day, a holiday that first began in 2012.

The day is meant to encourage people to check their voter registration status, request mail-in ballots, and register to vote ahead of Election Day on November 3. There is, of course, still time to register for anyone who hasn’t done so already.

Many Bachelor Nation members, including Kristina Schulman, Danielle Maltby, and Chris Lambton, Caelynn Miller-Keyes, and Dean Unglert, posted links to voter registration websites on their Instagram Stories. Some also shared stories about what it means to vote. Lesley Murphy posted a selfie on her Instagram that only showed the bottom half of her face but focused on her "Vote" necklace.

She wrote, "My vote in 2020 is about optimism, empathy, leadership, hope and diversity. Democracy isn’t a spectator sport. This is an election like no other, and we have the opportunity to speak and exercise our vote."

Astrid Loch shared on her Instagram Story that she became an American citizen last year. She wrote, "After the 2016 election I was left feeling frustrated to hear about so many people not voting and I promised myself to get my citizenship so I would never feel this way again." 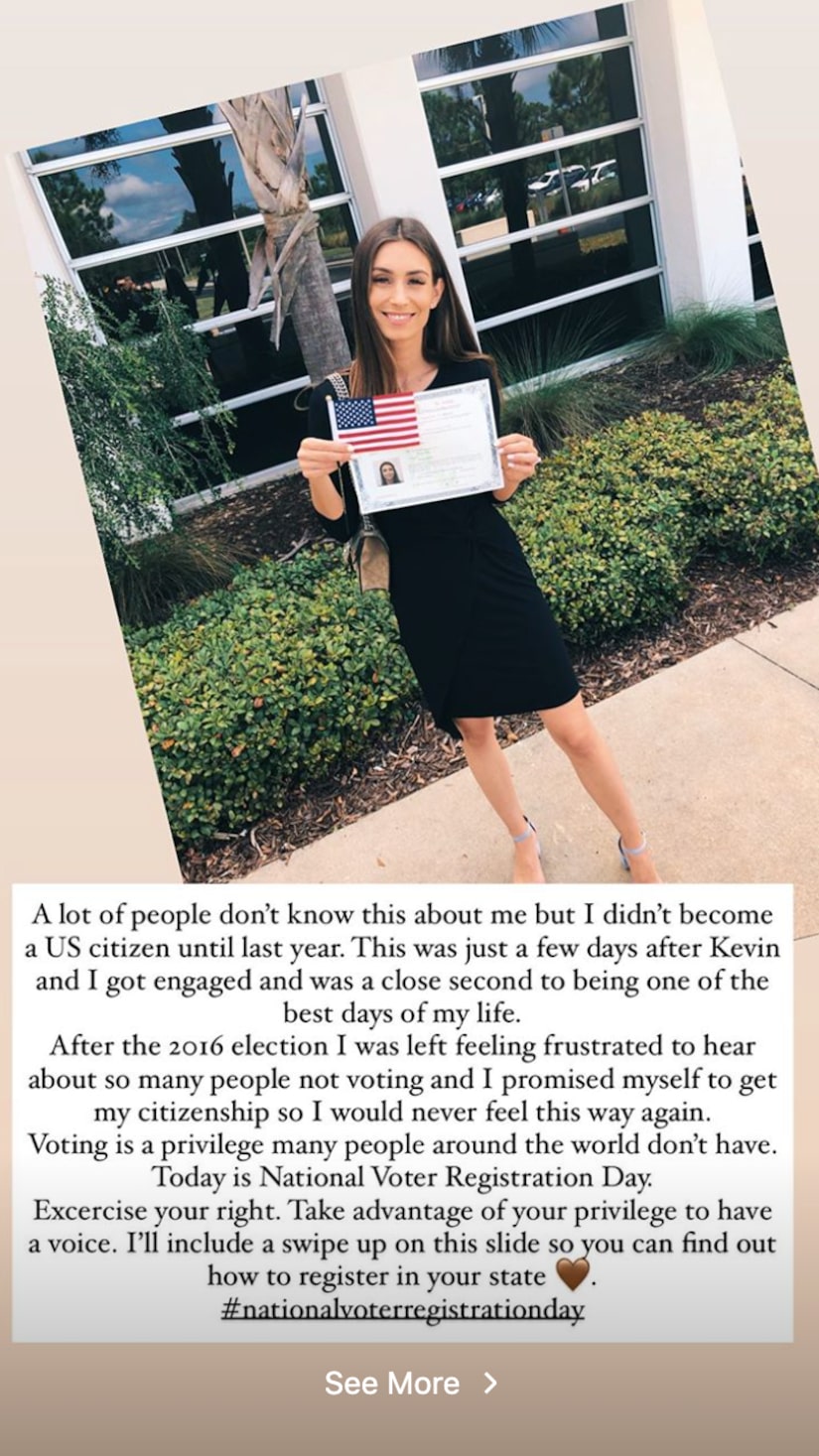 Becca Kufrin has also been wearing her "Vote" necklace, and Rachel Lindsay announced in August she became a Florida resident in order to cast her ballot in the battleground state.

You can find out more information about voting, your registration status, and other important dates here.