There's a first time for everything!

Peter Weber tried frog legs earlier in the week, and his mom Barb Weber supported him every step of the way. Barb shared videos on her Instagram Story of Peter holding up some fried legs at an outdoor restaurant.

Frogs legs are considered a delicacy in some parts of the world.

Barb asked with the camera panned on her son, "Hey, Bud. How do you like your frogs legs?"

Peter, who appeared unenthused, replied, "I honestly don't know if I can do this right now." 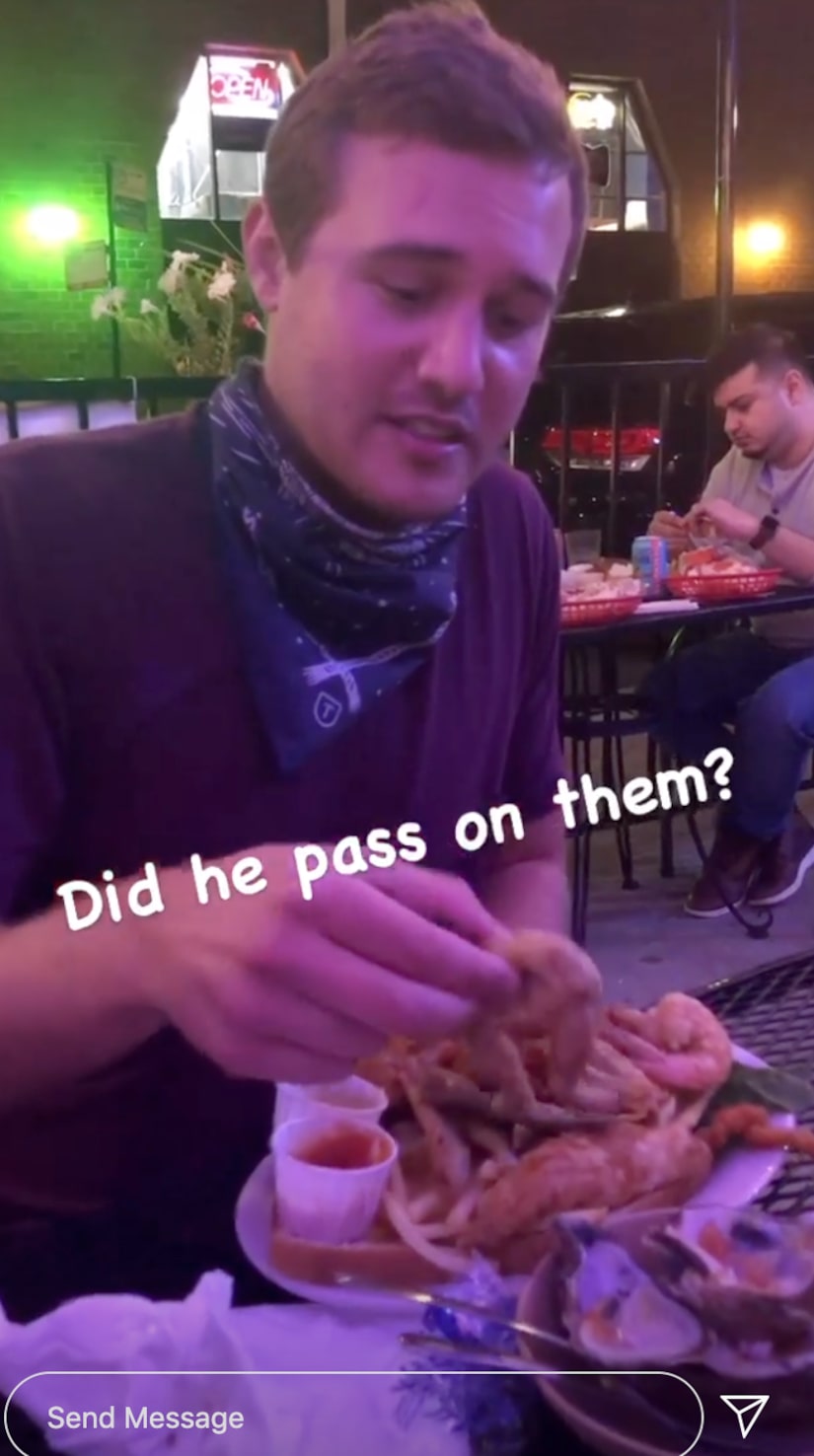 Barb asked why he felt that way, and Peter held onto the food and started lifting them up and down on his plate in a bouncing motion.

Barb encouraged him, "Peter, just do it."

Barb turned the camera to Kelley Flanagan, who said, "I couldn't do it."

In her next video, the Weber matriarch revealed that Peter "did eat all of the frog legs."

She added, "He actually really loved them, and he said he's going to eat them again. For those of you who have never tried frogs legs, they taste just like chicken. They really are good!"

Peter has yet to comment himself on his opinions of the meal.