Dean Unglert briefly debuted a new hairstyle Monday, and Dylan Barbour seized on the opportunity to meme it.

Caelynn Miller-Keyes posted a video on her Instagram Story of Dean sporting very spiky hair that he most likely tousled after the shower. Caelynn asked Dean what he called the hairstyle, and he responded, "I’m a potato."

Meanwhile, Dylan saw the video and took it upon himself to paste a screenshot of Dean’s face on Guy Fieri’s body. Guy Fieri has signature platinum blond hair that he spikes up. Dean and the "Diners, Drive-Ins and Dives" host almost had matching facial hair, too. 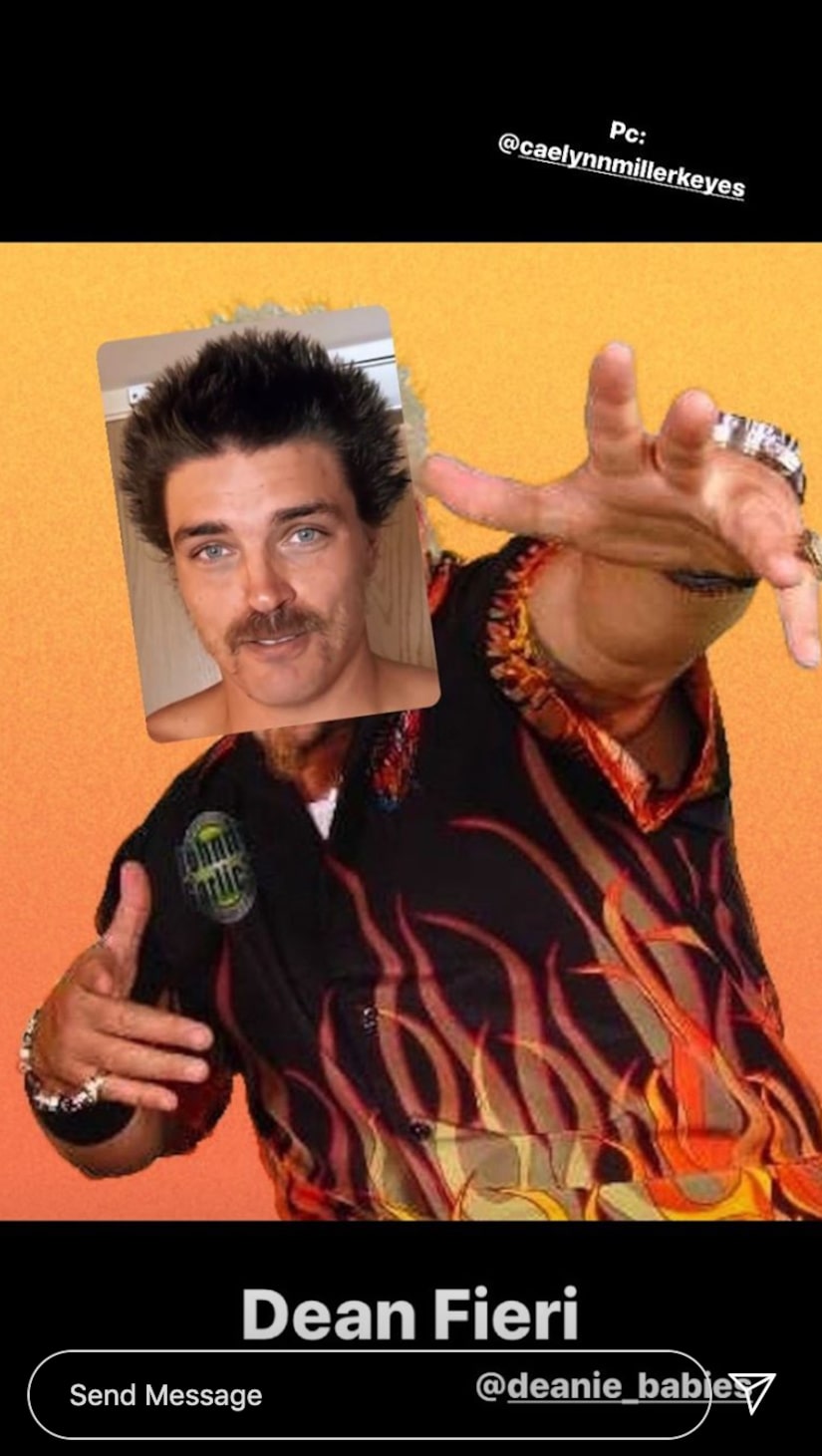 Dylan shared his PhotoShop creation on his Instagram Story and wrote, "Dean Fieri."

Dean may or may not have gone to Flavortown, but one place he did go was Coeur d’Alene, Idaho. He even got to try out the famous Floating Green on the Coeur d’Alene Resort’s golf course.

The Colorado native posted a video of his golf outing on Instagram Tuesday and added in voiceovers of golf commentators making remarks about famous golf games.

Caelynn also shared photos of their day on the green, which included seeing deer on the course and the lakefront view from their hotel room.