Jade Roper and Tanner Tolbert are in the home stretch as they get ready to welcome their third child together, which means they’ve narrowed down their baby name choices.

In September, Jade posted a bracket of names on Instagram and turned to her followers for help in choosing one for their baby boy, much like what they did with their second child, Brooks. Some of these options included James, Collum, Roper, Rivers, Atticus, Forrest, and Porter.

On Thursday, Jade shared on her Instagram Story that they were down to "the final four" names. After weeks of brackets and voting, the finalists consist of Reed, Dean, Jack, and Connor.

In another part of her Instagram Story, Jade encouraged her followers to "choose wisely." In the video’s caption, she wrote, "One of my top contenders is still on the bracket, so I'm hoping so I'm secretly hoping you guys can channel which name I'm feeling." 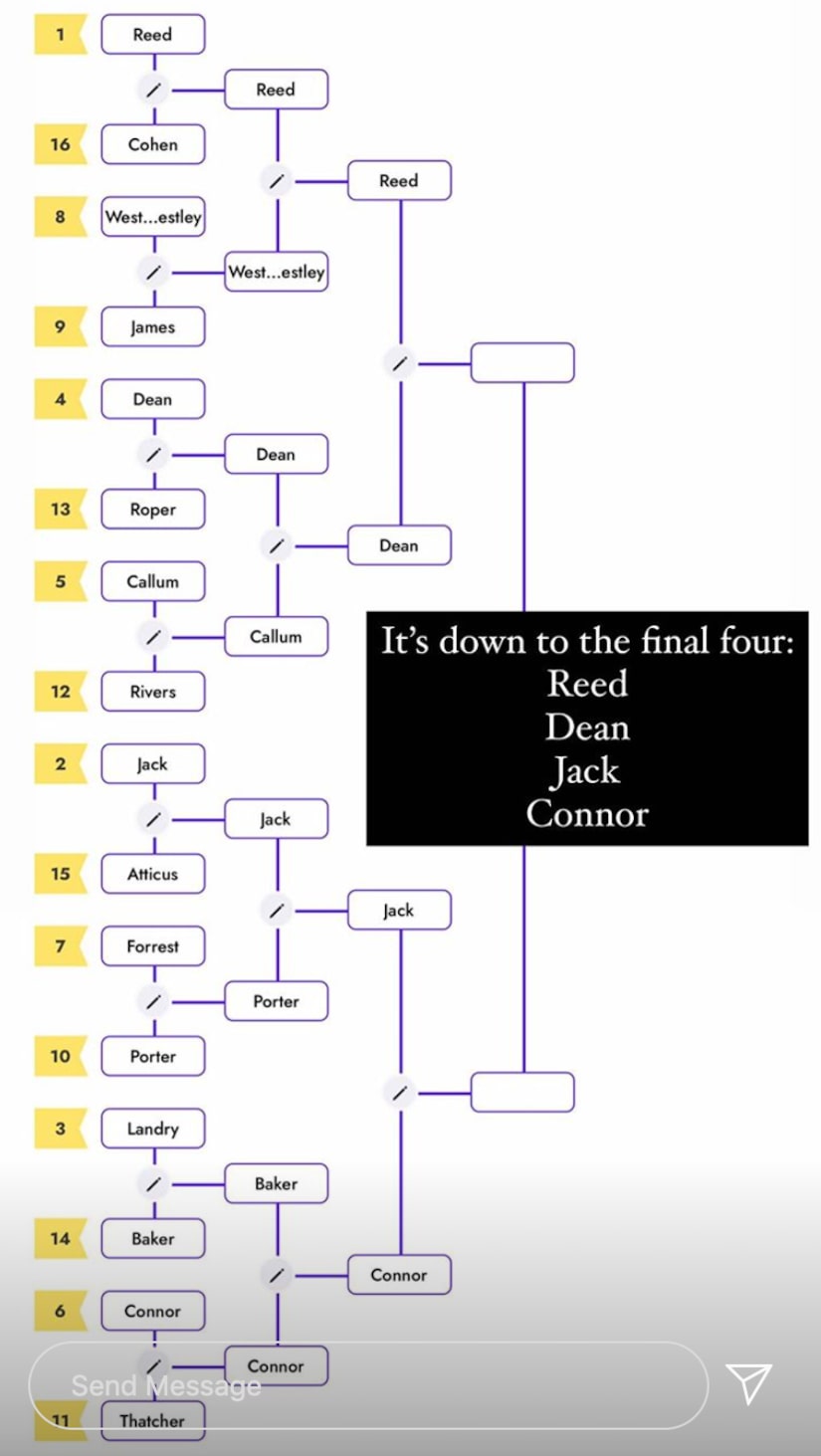 Jade recently gave an update on her birth plan and revealed that she plans of having an at-home birth — a planned one this time. She explained that the master bedroom closet is "sacred for Brooks."

She said, "I’m planning to probably give birth in our bedroom. I feel like that’s a safe place. I haven’t decided if I’m going to do a water birth or not, but I’ll have to go more into detail about that later."

Jade is due in November, which means only a few more weeks until we find out which name made the final cut!