Sundays are for brunch!

Rachel Lindsay and her husband Bryan Abasolo reunited in Los Angeles over the weekend, enjoying a brunch with stunning views overlooking Beverly Hills and other nearby areas of Los Angeles. Bryan posted a similar video on his Instagram Story and wrote "Rooftop Brunchin.'"

On Instagram Story, Rachel posted a mirror selfie that shows Bryan's arms around her waist with the caption "I love him!"

Rachel moved to Los Angeles around Labor Day to start her new gig at "Extra." She joined the team full-time and moved up from special correspondent to correspondent. She's interviewed members of Bachelor Nation as well as celebrities like Lenny Kravitz.

The Season 13 Bachelorette opened up on a recent episode of "Bachelor Happy Hour" about her bicoastal relationship with Bryan, who still lives in Miami. Rachel recalled falling in love with the City of Angels when she visited once before appearing on Nick Viall's season of "The Bachelor." After her season of "The Bachelorette," Rachel explained she and Bryan looked at properties in the city. 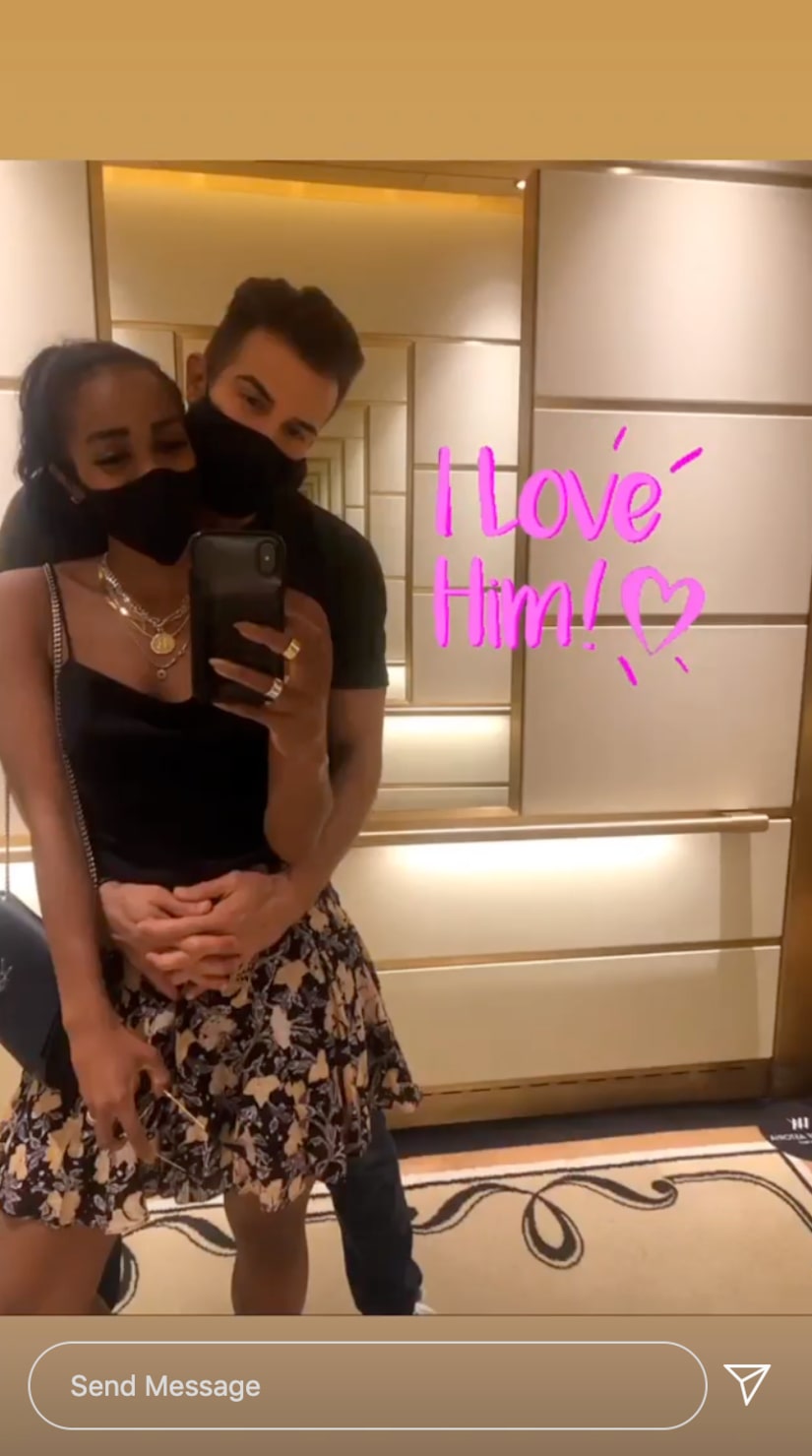 "I’m very type A, and I thought, 'I can’t come out to L.A. unless it makes financial sense for me to be out there,'" she said on the podcast.

Rachel shared, "An opportunity came about where it afforded me the chance to be out in L.A. Then COVID happened. I ended up still getting a place out here. Then 'Extra' happened. I thought I was still going to be doing special correspondent work, and then they offered me a full-time position."

Rachel explained Bryan has stood by her side every step of the way.

"Thankfully, I have the support of Bryan who was like, 'Go. This is what you’ve been working for the last few years,'" she said. "We were just like, 'Okay. We are going to put pen to paper, write a plan out for ourselves.'"

The "Happy Hour" co-host explained that she and Bryan "have a plan," and asserted that it's "not anybody else's timeline" except their own.

Rachel said, "It’s not ideal, but it’s not abnormal that sometimes you have to do a bicoastal thing as long as you have a strong foundation and are committed to each other and have a plan. This is definitely not how we want to live forever."

She added, "What’s important for people to understand is that I’m not chasing something. I’m trying to build something for our family that we’re trying to create. That’s all people really need to know."