Catherine Giudici Lowe delved into some of the specific personality traits of her three children with Sean Lowe: Samuel, Isaiah, and Mia.

Catherine answered several questions in an Q&A session on her Instagram Story, many of which revolved around her children. One person asked, "How would you describe each of your kid’s personalities?"

The Seattle native posted a photo of the three Lowe kids sitting on the grass as Samuel eats a popsicle and Isaiah feeds one to Mia. She described, "Samuel is kind, obsessed with animals, sensitive, super smart and loving." 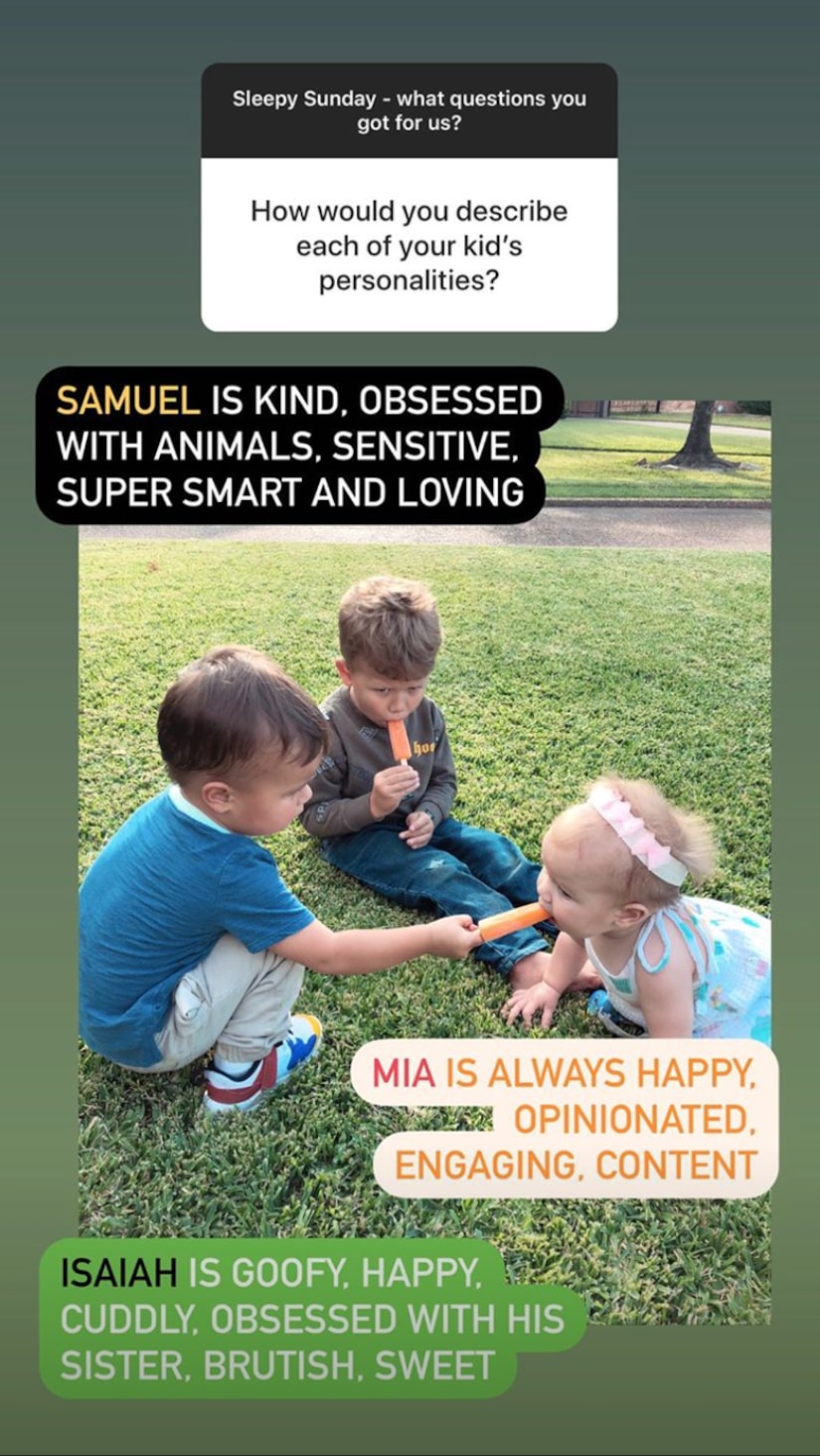 According to Catherine, Mia’s name would have been Lennox Elijah if she were a boy.

Another person asked to "see a breakdown of comparing each child’s features with you and Sean." She then shared a series of side-by-side photos showing either herself or Sean on the left and their child on the right. 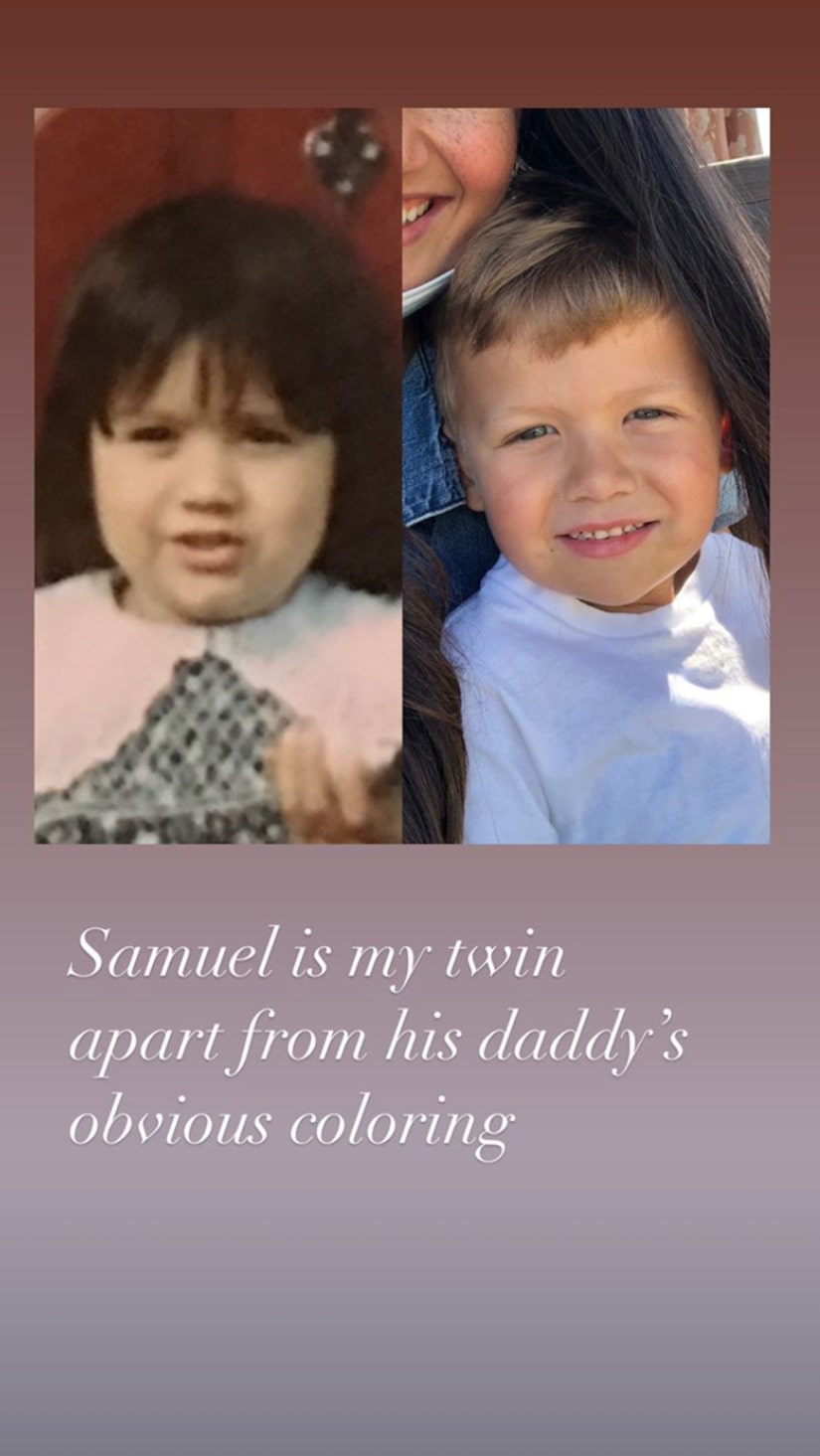 The first picture was a young Catherine next to Samuel. She wrote, "Samuel is my twin apart from his daddy's obvious coloring." 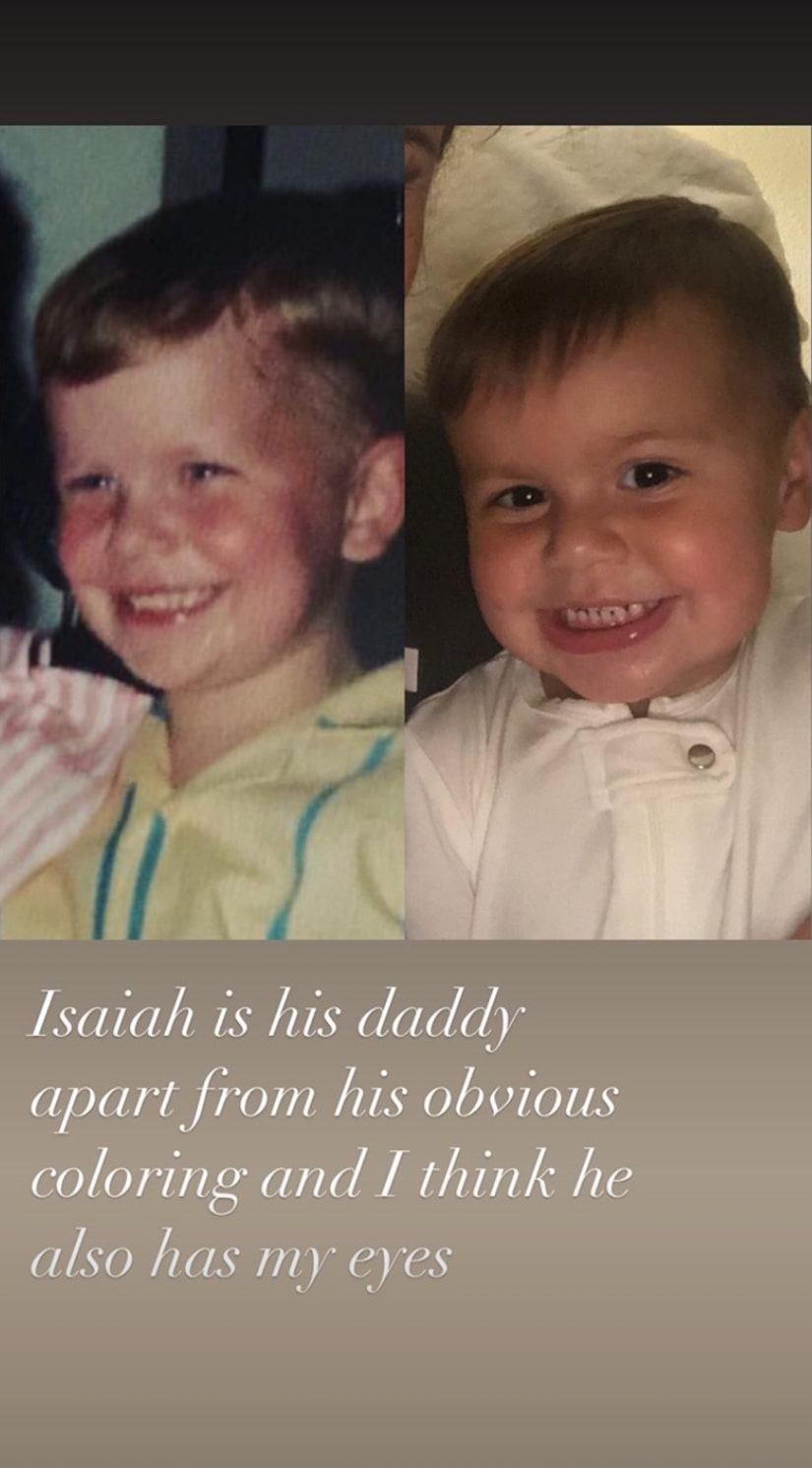 Sean and Isaiah look like twins in the next picture, which Catherine described, "Isaiah is his daddy apart from his obvious coloring and I think he also has my eyes." Catherine labeled Mia as "a mix," adding, "TBD who she favors more but obvi daddy's coloring."

Nonetheless, the verdict is in that this family of five is filled with love for one another, and Sean proves that in a roundabout fashion with his nonstop dad jokes.

On Sunday, for instance, he posted a photo of the five Lowes sitting outside their house with a pumpkin decoration in the background. He captioned it, "It’s days like this I stop and think about how blessed I would be if I were inside watching football."