Kaitlyn Bristowe is a fervent Belieber, but it’s time that the adoration be reciprocated.

Kaitlyn and Artem Chigvintsev danced the samba on Monday's episode of "Dancing with the Stars" to Justin Bieber's hit song "Sorry"… and there were no apologies necessary!

The Season 11 Bachelorette dazzled onstage in a short, red fringe dress with her hair in loose waves, and Artem matched in black pants and a red shirt. The duo was all smiles as they swayed their hips and twirled their way around the dance floor.

Artem and Kaitlyn had every reason to smile after the performance, too. The judges lauded their moves, with Bruno Tonioli calling it a "first-class samba." He even admitted he's a Belieber now. 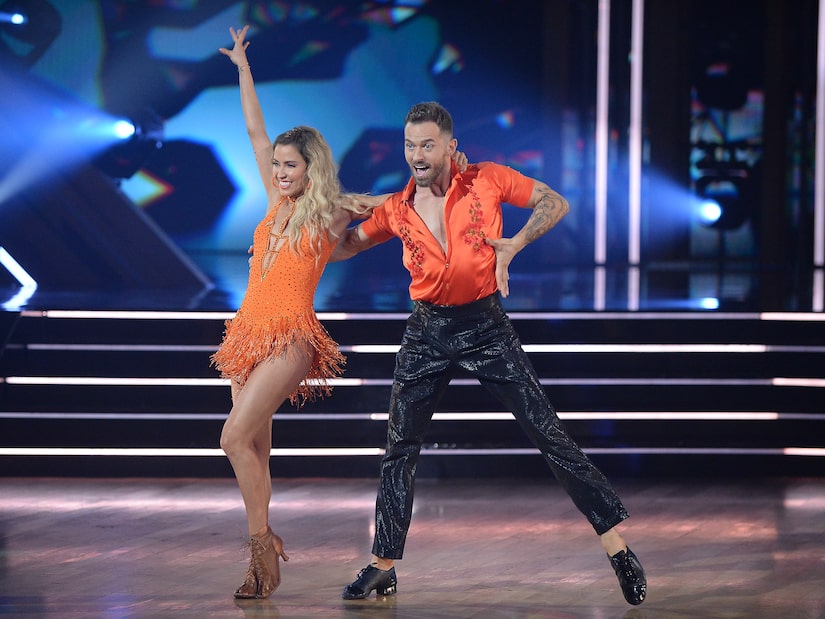 Though Carrie Ann Inaba admitted she wasn't "super impressed" despite their dance being "well-executed," she still handed Kaitlyn and Artem a score of 9. The two other judges followed suit, giving them a high score of 27 out of 30.

Kaitlyn joked in the show, "I want to get Bieber's face tattooed on me," so that might be all the more likely after this routine!

Watch the full video above to see Kaitlyn and Artem's samba.