Eazy has quickly cemented his place as the unofficial narrator of Clare Crawley’s season of "The Bachelorette." He reports back to the camera about what’s going on, and includes his thoughts on everything going on around him.

Now, Eazy is taking his narration from the television screen to the Zoom screen. Eazy joined Rachel Lindsay and Becca Kufrin on a new episode of "Bachelor Happy Hour" and opened up about his time on "The Bachelorette" thus far. Towards the end of the episode, Rachel asked him about his experience on the show, specifically as a Black man.

He started off his answer by calling this season "different," adding, "I’ve watched the show before. It’s been eye-opening to be able to be a part of it. I’ve watched it and I’ve always been like, 'That’s cool for them, but they don’t look like me, so that doesn’t speak to me and I’m never gonna have that chance. I’m not going to be in that world or be able to love like that.'"

Eazy commended Rachel for "all the stuff that you’ve accomplished and done" as the first Black Bachelorette. 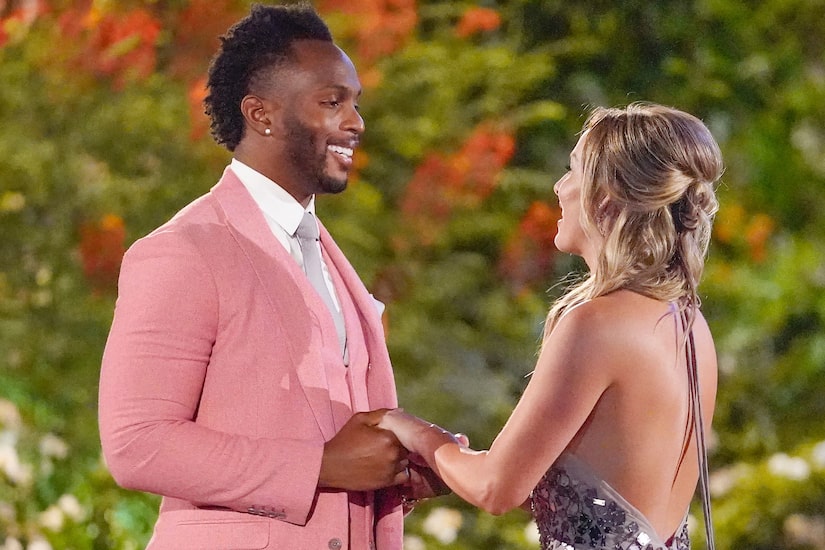 He added, "It’s awesome to see people of color doing great things and it being highlighted and seeing love highlighted in different colors. For me, it was awesome to be a part of it and live it. Next year, or years down the road, people will be like, 'Well, Eazy looked like me, so I feel like I can do this or do that.'"

During their chat, Eazy admitted to being a "hopeless romantic," which is why he feels like being a part of Clare’s season is the "perfect love story" for him. He explained to Rachel and Becca that he watched the show in college with his football teammates.

He said, "I’m a crazy hopeless romantic and I love love stories and all that mushy stuff. I thought someone was testing me to see where I was at. Then we started talking about what love is and what I see in a wife and I was like, 'It’s real.' Having those conversation with what I was looking for, that led into a lot of stuff."

Eazy continued, "It was perfect. Anyone who knows me knows that this is the perfect love story for me. I’m a live-in-the-moment type of person and I go with adventures and all that type of stuff."

The Texas native also likened living among the guys to being on a football team "because you have a bunch of alpha males and dudes who are in the same room, living in the same house, and have the same goals."

The main difference, however, was being surrounded by the "many different personalities" on the show.

To hear what else Eazy has to say about this season of "The Bachelorette" — including Clare meeting Dale for the first time — be sure to listen to the full "Bachelor Happy Hour" episode now!