Arie and Lauren Luyendyk would love for their 17-month-old daughter Alessi to become a big sister one day, and they’re hoping that happens sooner rather than later.

On Wednesday, Arie answered questions on his Instagram Story, many of which revolved around fatherhood and family. One person asked, "How many babies do you and lauren want?"

He posted a photo of the family of three smiling in front of a fountain and wrote, "Working on number 2! Playing by ear after :)" 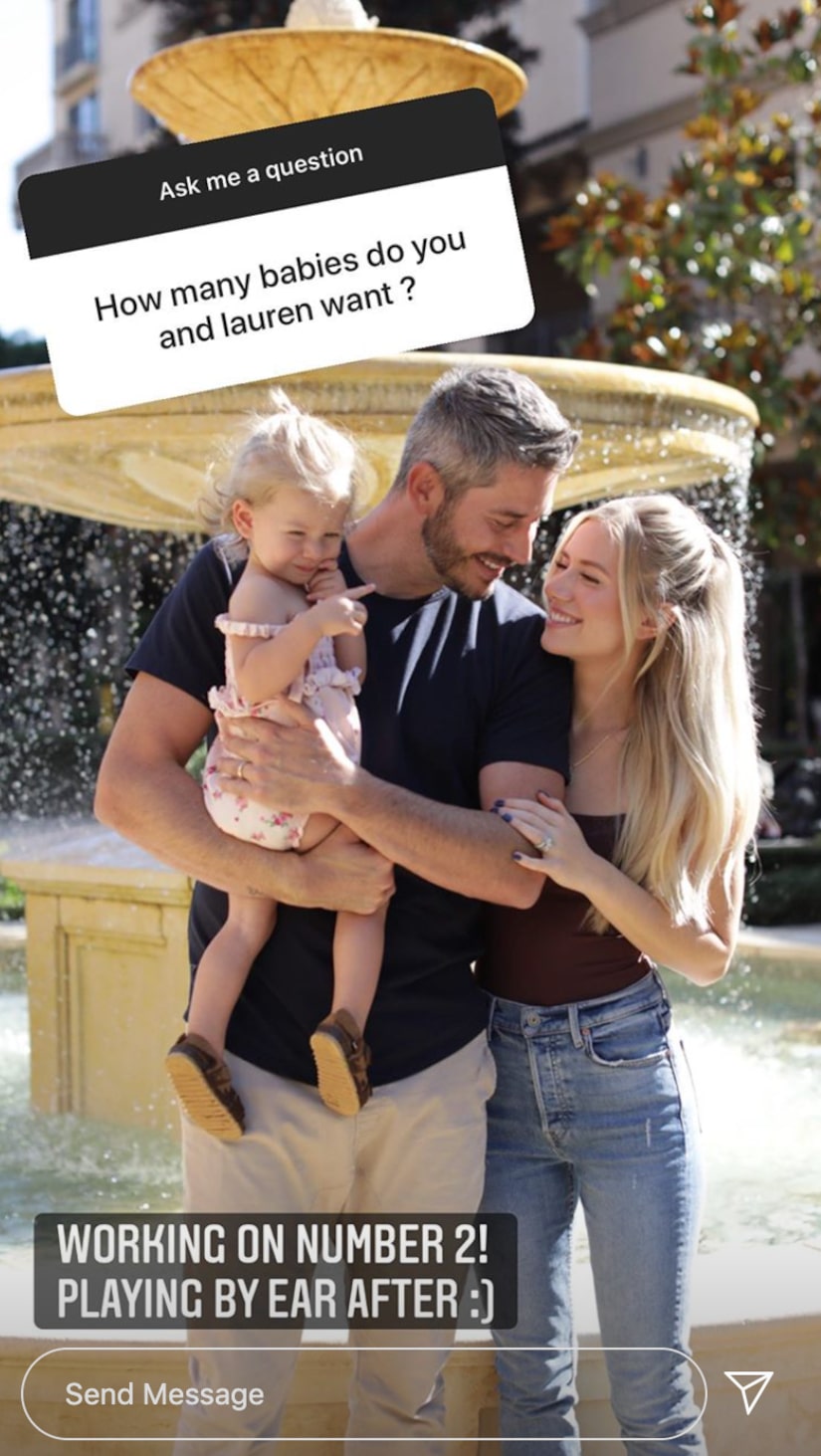 Another question read, "Did you think being a dad was anything you imagined it was going to be?"

Arie put up a picture from their family outing to the pumpkin patch in September and captioned it, "It’s honestly so much better and life changing then I ever could have ever imagined, love her so much!"

As for whether or not Arie was "ready to be a dad," which another person asked, he said, "I don’t think anyone is ever fully ready until it’s happening. I remember driving us home from the hospital thinking 'Okay now what?' No one really prepares you, you just learn as you go!"

The Season 22 Bachelor also admitted that Alessi and Lauren have very similar personalities. He joked, "Very happy all the time but has the occasional meltdown."

Plus, the mother-daughter pair always manages to pick out perfect matching outfits!

On May 30, Arie and Lauren posted a video to their YouTube channel where they revealed Lauren suffered a miscarriage. The video took viewers through Lauren and Arie finding out she was pregnant and into many of her appointments. Lauren and Arie opted to share their experiences because they hoped to "make other couples going through these times a little less lonely."