Peter Weber put a ring on it — but not that kind of ring.

Peter and Kelley Flanagan went public with their relationship in May after quarantining together for two months following "The Bachelor." Since then, they’ve traveled all over the country together and finally had their moms meet for the first time. If anything is certain, it’s that Peter and Kelley are madly in love and there’s no hiding it.

On Thursday, Kelley answered a series of questions on her Instagram Story, which ranged from career advice to her future with Peter. One follower asked, "I told my bf I loved him and he didn’t say if back. How was it said between you and Peter?"

The Chicago native responded, "This is actually a really cute story. Peter and I were just hanging out at his house, hanging around the pool, and he asked me to come into one of the rooms at his house with him. He said, 'I just wanted to give you something.'" 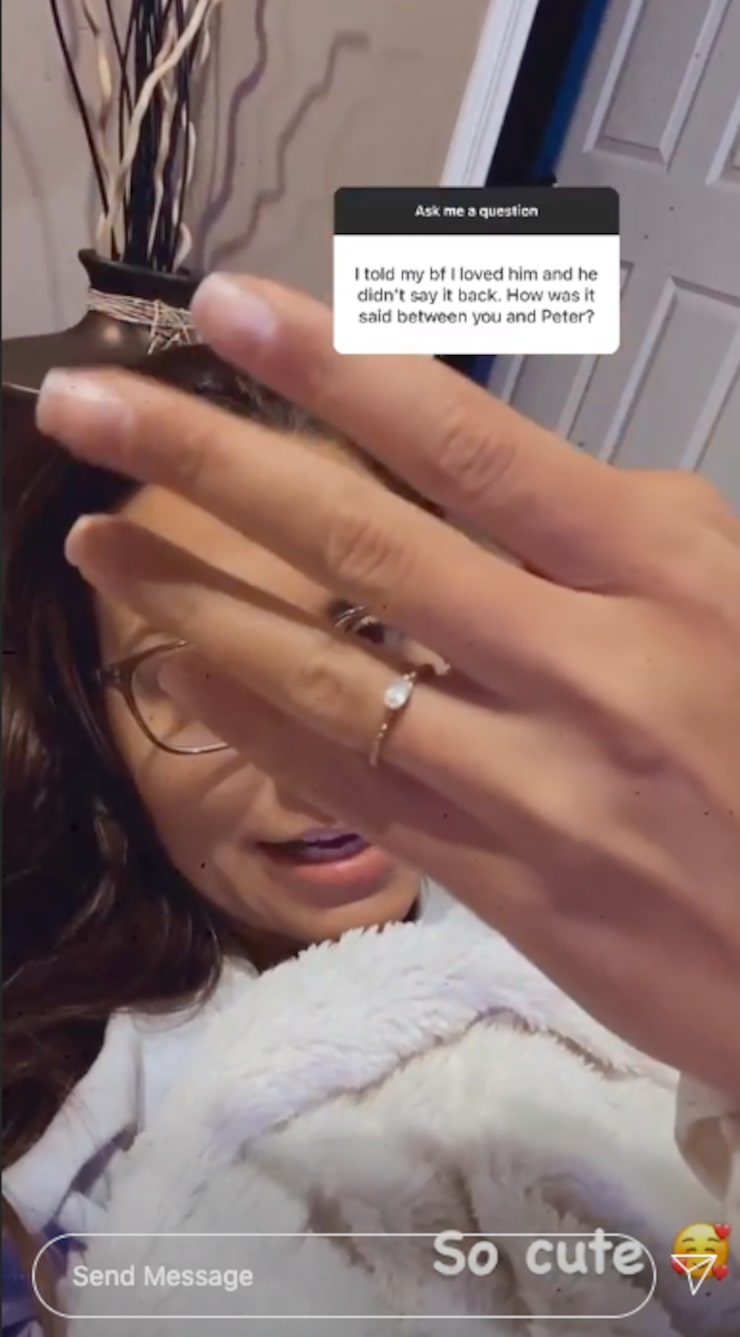 Kelley explained she was "confused" at first, but then Peter handed her a ring and said, "I just wanted to give you this ring on the day that I told you I love you."

She said it back and "it was very memorable."

In July, Peter and Kelley revealed to "Entertainment Tonight" that they were moving to New York together. She’s even shown photos of their future apartment and asked her followers for interior design inspiration. The couple has ventured to cities near and far, and another person asked Kelley which city they see themselves "ending up in."

Kelley said, "I’m not sure where I see us ending up. To be honest, if I didn’t do the show, I was going to move to London for a year with one of my best friends, and I still kind of have that itch. We’ll see if that can work."

She also captioned that video, "We definitely are still up in the air about this! every city we visit, we say we want to move there, so who knows as of now! I would love to do an international city for a year after New York."

With Peter as a pilot and Kelley as a jet-setter, the sky’s the limit for these two.