As Rachel Lindsay said on "Bachelor Happy Hour," Bennett's "scarf came off" on Tuesday's episode of "The Bachelorette."

Viewers saw a new side of Bennett during the episode's roast date, a side that differed from his Château Bennett luxe living and grand entrance in a Rolls-Royce on the first night. Most men on the group date went after Dale in the roast, but Bennett took the lead and, to quote Riley, "said what everyone in the house had been wanting to say."

Bennett joined Rachel and Becca Kufrin on "Bachelor Happy Hour" and spoke about his time on the show, particularly why he targeted Dale during the group date.

The 36-year-old explained, "It was really the time. It was an alley-oop. I’m from a down-to-earth, modest family. I always played sports and was super competitive. I think in any competition, whether it’s sports or business, you go after the top dog and you can’t be afraid of that. That’s the man to beat."

Bennett said it was "clear at that point with Dale there was a lot of favoritism" with Clare, but even that didn't deter him.

"I certainly am not one to shy away from competition," he said. "I’m never scared of anything and always believed in myself and ability to succeed, so why not go after Dale a little more than the others? I think it was really an opportunity where I had an opportunity to speak up and say some things, whether they were jokes or jabs, or whether they were, to go after Dale and speak on behalf of the guys."

As a reminder, Bennett said in his roast, "Dale. Where, oh where, do I begin? How long do you think it’s going to take Clare that you’re really here trying to campaign for president and actually have no interest in her?"

It continued, "Your speeches make absolutely no sense, no matter how long you continue your run-on sentences. I’ve witness three cameramen collapse after falling asleep listening to you. You look like the boa constrictor from 'The Jungle Book,' and it’s only a matter of time before Clare snaps out of your spell." 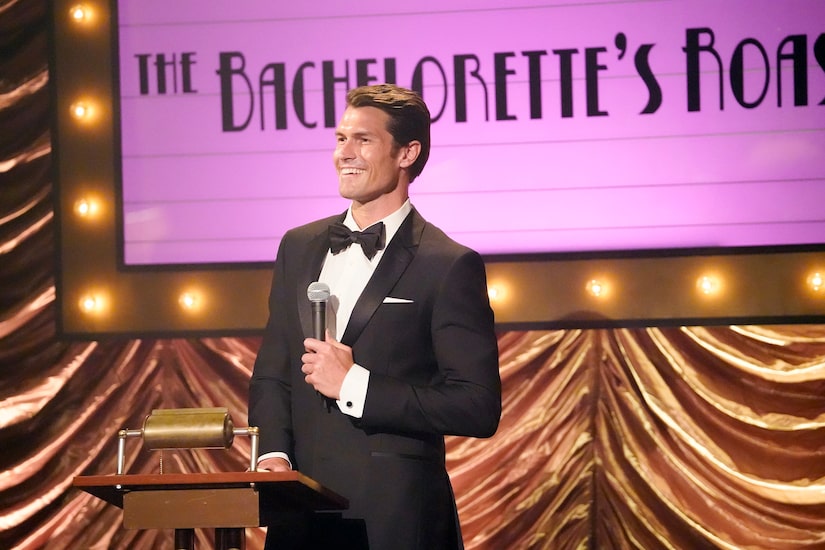 He even ended the set with a mic drop.

Overall, Bennett said on the podcast he would "give myself a B minus" on his roast. He admitted, "I thought I was low-hanging fruit to be roasted simply because of the scarf and the loafers and the Bennett persona in general. I did take some good heat, but Dale got it the worst."

To hear what else Bennett has to say about his time on "The Bachelorette," be sure to listen to the full "Bachelor Happy Hour" episode now!