Tayshia Tuesdays are officially upon us!

Thursday’s wild, emotional, romantic, and ultimately unforgettable episode of "The Bachelorette" left us with Clare and Dale getting engaged and the entrance of a new leading lady. The show returns to its Tuesday schedule this week, and we’ll see Tayshia take on the role of Bachelorette as she meets the guys and kicks off her love story.

After a cocktail party, the first order of business is, of course, a date! "The Bachelorette" released photos of Tayshia and Chris Harrison at one of her first outings with the guys.

In the picture, Chris and Tayshia stand near a pool while Tayshia holds a basketball. The longtime host looks off into the distance thoughtfully while Tayshia smiles. 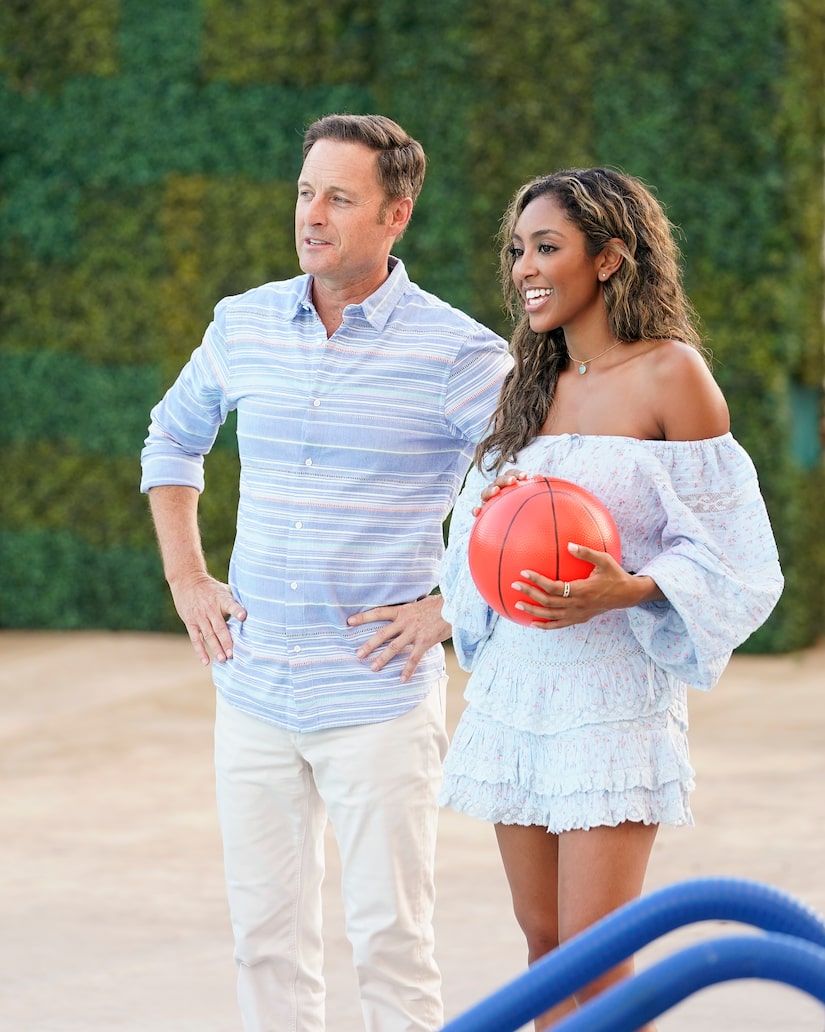 As to what specifically this date entails, we’ll just have to wait and see!

Tayshia spoke with Jimmy Kimmel on his show right after being announced as the new Bachelorette and shared with the late-night host how she prepared for it all.

She explained, "As soon as I got the phone call, I said I had to do three things. Number one: I have to go run a mile because I just ate two doughnuts. Number two: I have to scream into a pillow because what the hell just happened? Number three: I have to call my mom. That’s exactly what I did."

The Orange County, California, native said she got to Palm Springs about 48 hours after getting the initial phone call from producers. She joked they would have wanted her there "within the hour" of the call.

She told Kimmel, "I was like, 'Um, no. I haven’t put on makeup in literally three months. I need to go to CVS. I’m gonna be kissing boys. I need a toothbrush, mouthwash. I have things I need to get.'"

Tune in to Tayshia’s journey on "The Bachelorette" Tuesdays at 8 p.m. on ABC!