Derek announced his engagement to his model girlfriend on his Instagram Story Sunday evening. He posted a selfie video that shows Saffron smiling and holding up her hand to show off her stunning diamond ring. He confirmed the engagement news once again on Twitter, writing, "she said yes!!!"

The "Bachelor in Paradise" alum hinted on Twitter earlier on Sunday that something romantic was in the works. He crowdsourced to his 110,000 followers, "What is the best love song?"

He then added, "Making a mix CD for [Saffron]." 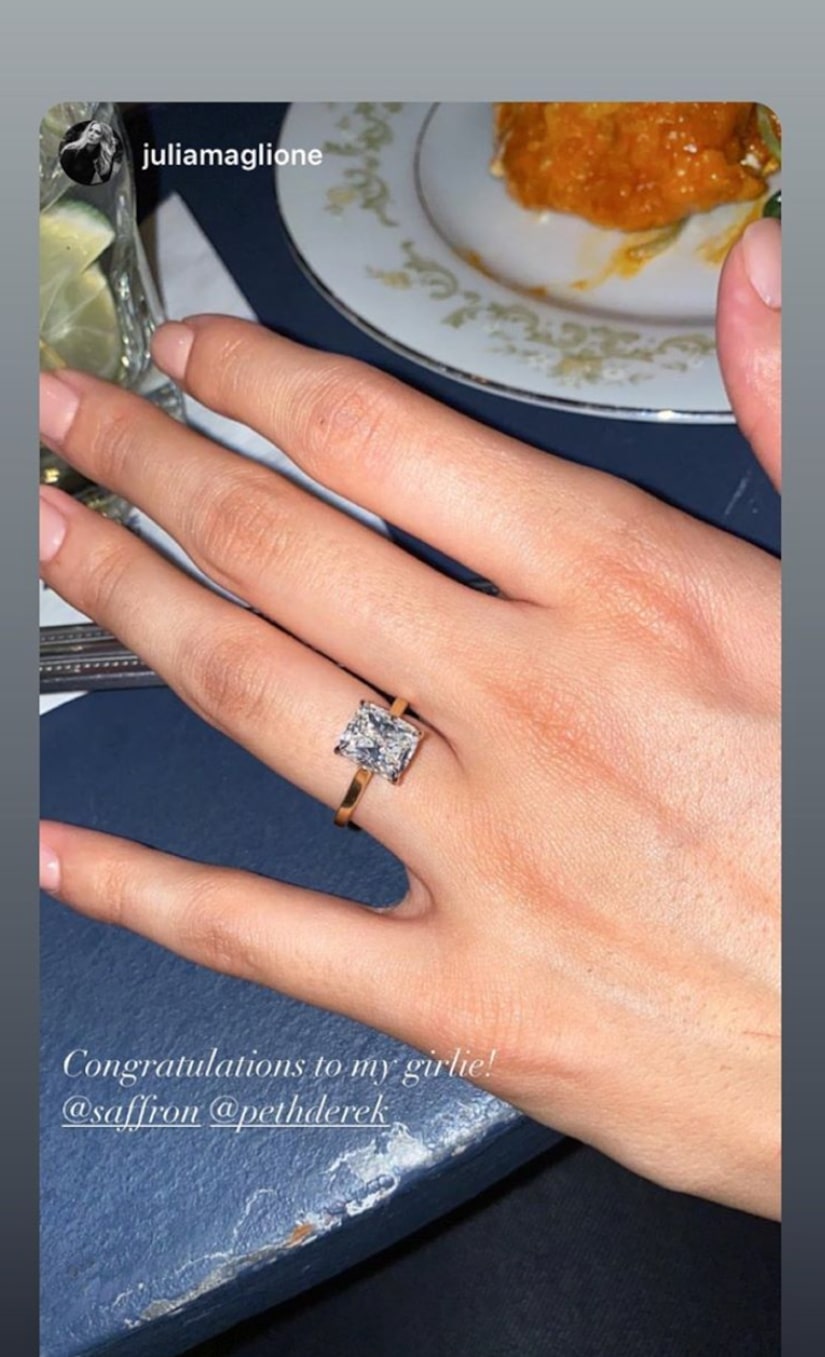 Saffron reposted celebratory comments about the happy news on her Instagram Story, including an up-close look at the rectangle-cut engagement ring.

The couple first became Instagram official in June when they took a trip to Derek's home state of Iowa.

Around the same time, Saffron uploaded several pictures from her disposable camera, many of which featured her new fiancé.

Saffron has modeled for Elle, Vogue India, and more.