Comfort is key, and is there anything more comfortable than pajama bottoms?

Tayshia Adams took that to heart Friday as she participated in a number of interviews conducted via Zoom. She looked as fashionable as ever in a white turtleneck, which she paired with a cozy pair of shorts.

The new Bachelorette posted a video of her look on her Instagram Story. She started off the clip by showing the video window onscreen and then switched to selfie mode, showing us a new definition for "business casual." She captioned it, "Zoom media day from home! Business up top PJ shorts on bottom lol."

Tayshia also played Montell Jordan's hit song "This Is How We Do It" on the Story. 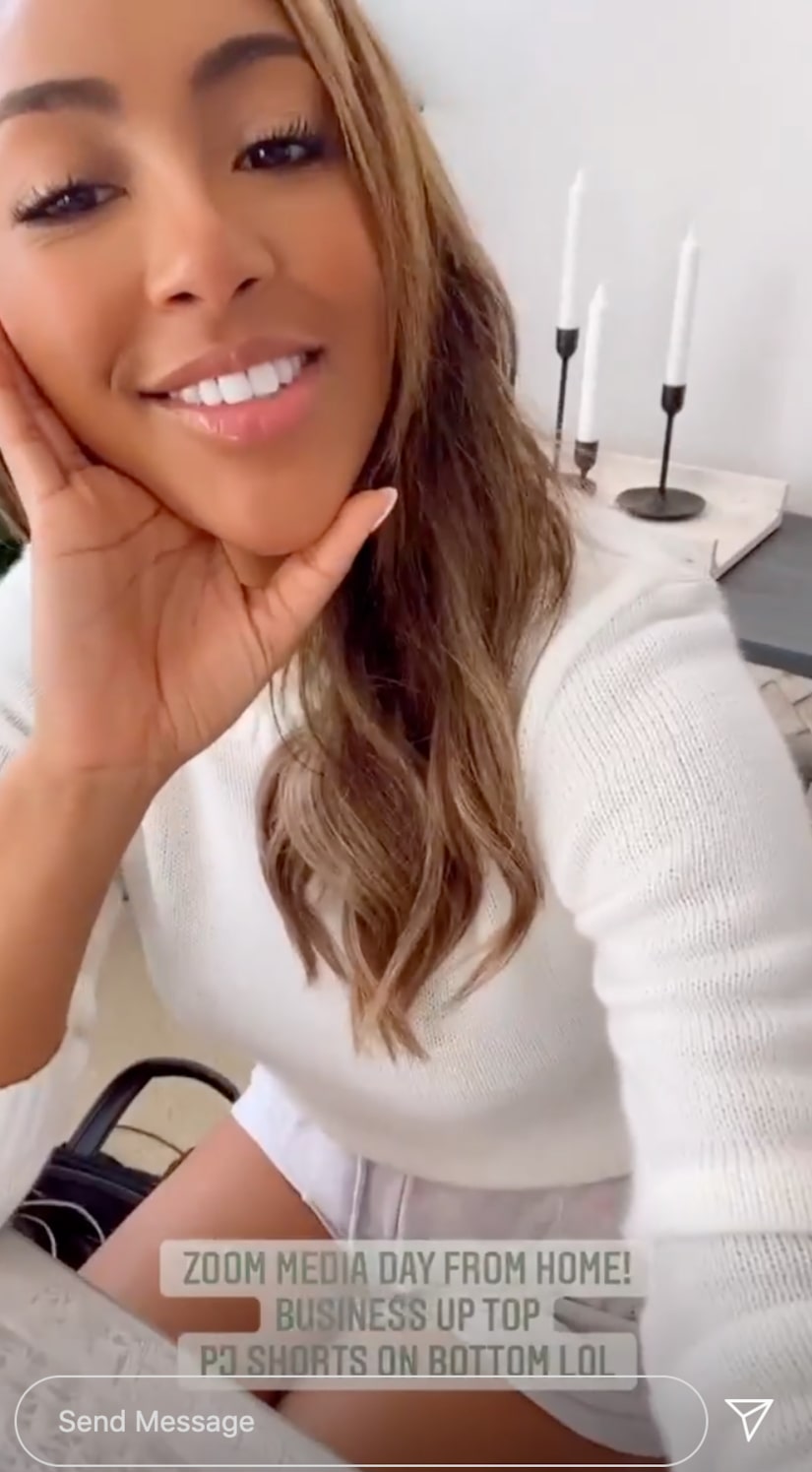 In another part of her Instagram Story, Tayshia recorded herself having a solo dance party in her living room to the song "Smile (Living My Best Life)" by Lil Duval.

Living her best life is exactly what Tayshia is doing!

She joined Rachel Lindsay and Becca Kufrin this week on a two-part "Bachelor Happy Hour" and "Click Bait with Bachelor Nation" podcast episode where the three women dove deep into Tayshia’s new role as the Bachelorette.

Tayshia told Becca and Rachel she love was in the air when she made her debut as Bachelorette. She shared, "It was like nothing I’ve ever experienced. I did feel like the love of my life was in the room. I wasn’t going to say it if I didn’t believe it." She also said of her suitors, "I’m not kidding when I say the conversations exceeded my expectations by so much. We had really good conversations. I was allowed to have more time with the men because there wasn’t as many but also because it was important for me to get to know the guys."

As for how her season will play out, Tayshia teased, "There’s a lot that’s going to happen that I guarantee nobody will expect, especially the ending. It’s going to be good."

We can't wait! Be sure to follow along Tayshia's journey for love on "The Bachelorette" Tuesdays at 8 p.m. on ABC.