Tayshia Adams is handing out more than just roses this week!

The new Bachelorette will present at the 2020 American Music Awards on Sunday, November 22, on ABC. This year, Taraji P. Henson takes center stage at the Microsoft Theater in Los Angeles as host of the award show, which focuses on fan engagement and interaction with streaming and downloads. It's the time when the fan votes speaker louder than the rest.

Tayshia shares the American Music Awards stage with some of the biggest names in music. Performers that evening include Justin Bieber, Billie Eilish, Megan Thee Stallion, Jennifer Lopez with Maluma, and many more. 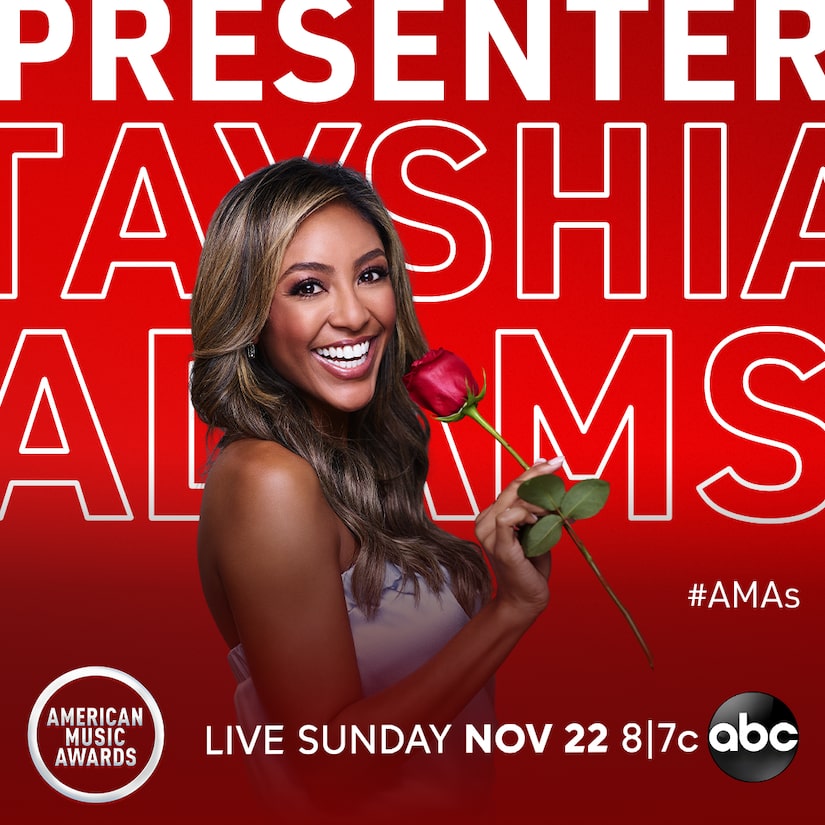 Each nomination category is filled with immense talent and even bigger fandom. Taylor Swift, for instance, goes up against Lady Gaga and Dua Lipa for Favorite Female Artist — Pop/Rock. Artist of the Year nominees include Justin Bieber, Post Malone, Roddy Ricch, Taylor Swift, and The Weeknd.