The guac might cost extra, but it's worth it for Joe Amabile.

Joe chatted with Tayshia Adams and guest co-host Natasha Parker on a new episode of "Click Bait with Bachelor Nation" and the three discussed dating amid the coronavirus pandemic. The former grocery store owner explained that he came across a piece of click bait on a dating app that said, "Hey, baby, what's your sign and what's your burrito?"

He said, "I actually do think you could really get to know somebody by what they order and what they eat."

Natasha begged to differ and took that "very personally" because she's on what she calls a "crazy diet" that involves no gluten, no dairy, and no added sugar.

She said, "There’s a lot of different things. I am a pescatarian but I don’t eat meat. If I go to Chipotle, and I don’t go there anymore, I’m getting chips and guac." 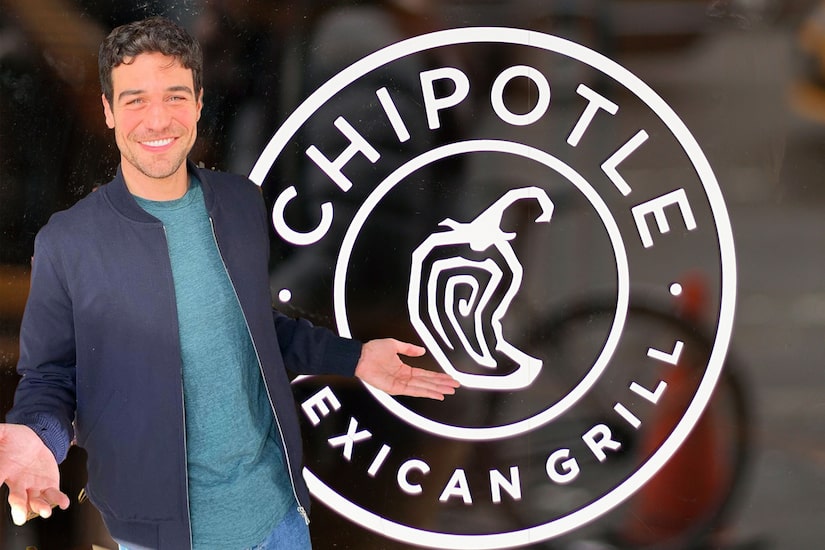 He added, "It’s not like I need the girl to be like, 'Oh, I want a chicken burrito like you.' I don’t have issues with you eating chips and guac. I actually find that to be the sexiest thing you can order at Chipotle. A burrito, you’re not doing a first date having a burrito."

Tayshia, on the other hand, explained she enjoys when her date orders her food. Joe then took it upon himself to share what he'd order for the two of them if they went out to dinner at an Italian restaurant.

He hypothesized, "If I was there with the Bachelorette Tayshia Adams, I would get a bottle of wine. I’m going to say red for you for sure. We’re going to do prosciutto, fresh mozzarella for an appetizer, maybe a gem salad with avocado, some kind of green goddess dressing. There’s this crostino that would have ricotta cheese and sun-choke and truffle. Then I would probably do a pesto."

Tayshia loved the suggestions because she said Italian food is her "absolute favorite," adding, "I love a good pesto and ricotta. I’m not a red sauce girl."

Natasha turned the conversation to Tayshia's season of "The Bachelorette" and inquired, "Is there anybody right now that you’re vibing with that you would let them order for you?"

Tayshia responded, "Ben knocked it out of the park. I said that I love a margarita with a rim of Tajin. I love donuts and he actually went out to the bar and got two margaritas with a Tajin rim and he brought me some donuts on the side and said, 'I’m willing to listen to every detail and this is just the beginning.'"

To hear the rest of their conversation about online dating, the hottest headlines of the week, as well as their interview with Nikki Bella, be sure to listen to the full "Click Bait with Bachelor Nation" episode now!

Don’t forget to subscribe on Apple Podcasts, Spotify, SiriusXM, the Wondery App, or wherever you get your podcasts.