Good things come to those who wait, and nothing felt truer to Kaitlyn Bristowe on Monday when she took home the Mirrorball Trophy on the season finale of "Dancing with the Stars."

Kaitlyn's life goal has been to compete on and win the show, and she did exactly that after receiving perfect scores the last three weeks in a row. With this achievement under her belt, the Season 11 Bachelorette and her boyfriend Jason Tartick will head back to their home in Nashville and most likely start planning for the future.

Jason and Kaitlyn have confirmed that they already picked out an engagement ring. As to when Jason will pop the question, that's known to Jason and Jason only. 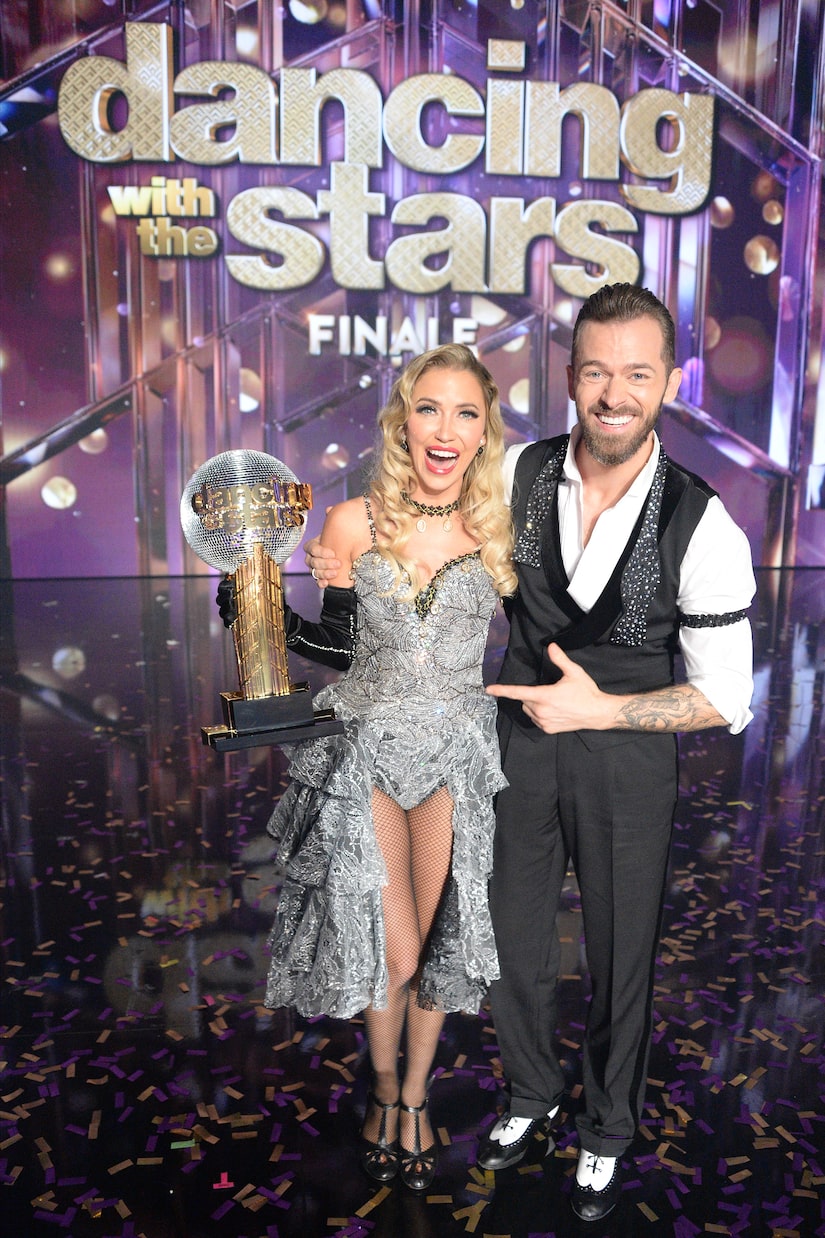 Both of them have also been open about wanting kids in the near future, and in an interview with USA Today after her "Dancing with the Stars" win, Kaitlyn said her baby fever feels very real now.

Kaitlyn's dance partner Artem Chigvintsev and his fiancée Nikki Bella welcomed their first child, Matteo, on July 31. USA Today asked Kaitlyn if Matteo has "inspired you for a new chapter," and she responded, "I always tell Artem that he gives me baby fever. Have you seen his baby? He's the cutest freaking baby. So alert and aware and adorable."

She added, "My baby fever was already off the charts. And then seeing Matteo, I'm like, game over."

Nikki posted a video on Instagram celebrating Kaitlyn and Artem's win, and Matteo perhaps had the best reaction of all.

Nikki said, "Baby, your daddy won! He's bringing home the Mirrorball Trophy. What do you think of that?"

She turns the camera to Matteo, who flashes a huge smile.

In October, Jason joined Kaitlyn on her podcast "Off the Vine" and she joked to her boyfriend that if she won the Mirrorball, "I will poke holes in your condom." In that same interview, she said, "I’m going to have a little girl, I already know her name."