Joe Amabile and Kendall Long might not be in a relationship anymore, but that that doesn't stop them from having some friendly rapport.

On November 22, Joe launched his own line of pasta sauce called Sundays with Joe. As of now, he only has one flavor — Sweet Marinara — but teased more options would be coming in the near future. The sauce is gluten free, all natural, and ingredients include tomatoes, basil, and garlic.

Kendall ordered some Sundays with Joe and took to her Instagram Stories Monday in order to properly review the product. 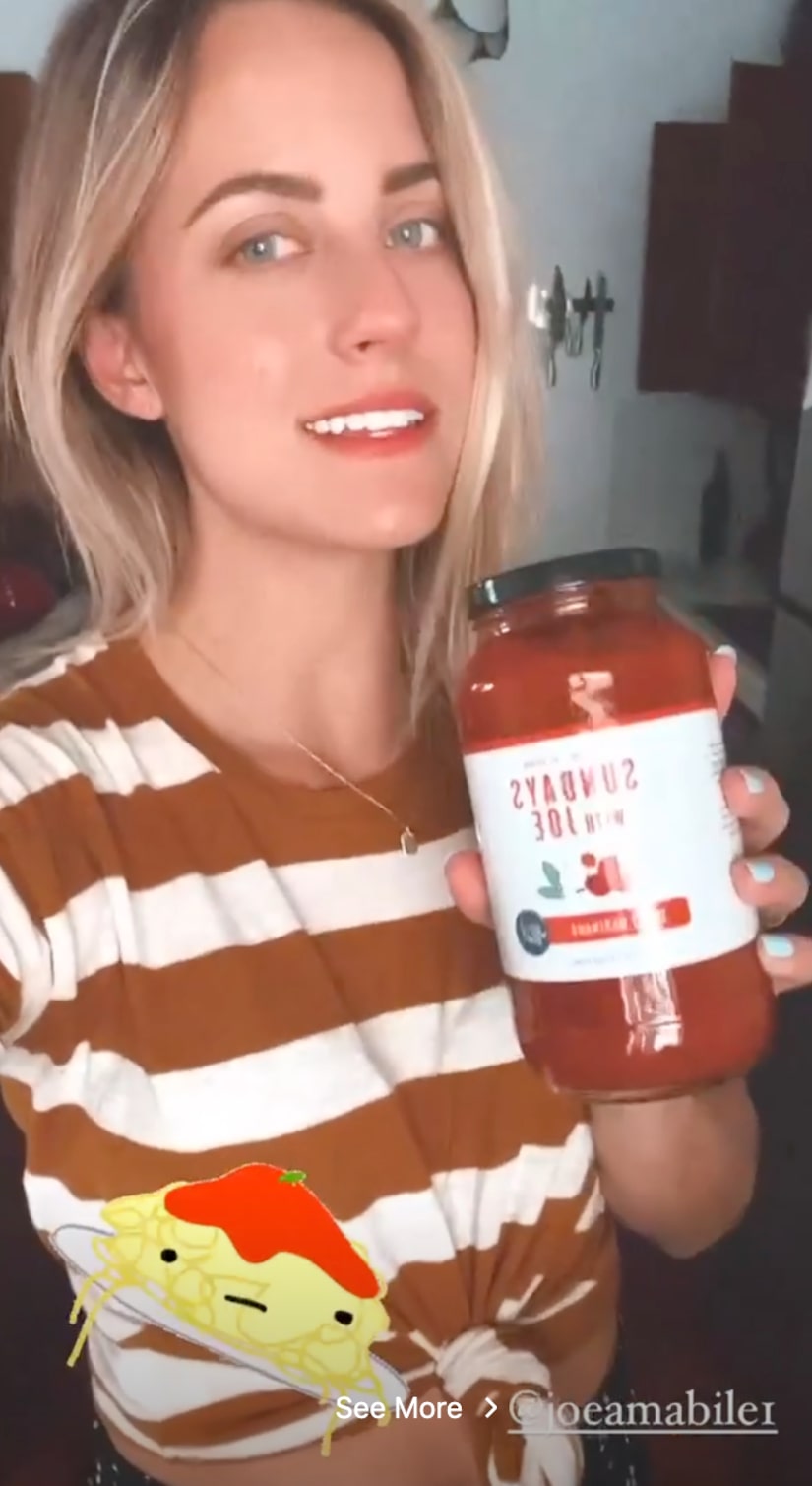 She said in one video as she held up the jar of Sweet Marinara, "Look what I just got in the mail today. Seeing as how it's almost lunchtime, I might have to give this a little bit of a spin to see if Joe is the king of sauce or if I'm still the best cook."

After warming up the sauce in a pan, she recorded herself sitting at her kitchen table with a bowl of pasta in front of her.

Kendall explained, "Final verdict: I chose elbow pasta. I'm not sure if this is a pasta that's recommended with this, but it is al dente, so I have some credit there."

It looks like Joe passed the test for Kendall!

Joe's Sweet Marinara sauce is now available to order in a two-pack or three-pack.

Last week, he posted a video on Instagram of himself driving a warehouse tractor filled with boxes of Sundays with Joe on it, exclaiming, "I can't believe I'm back in the grocery game, but I'm back!"

According to Joe, his sauce will be "coming to a grocery store near you in the upcoming months!"