Just in time for Tayshia Tuesday!

Reigning Bachelorette Tayshia Adams took to social media this weekend to reveal how she makes her "famous skinny margs," perfect for sipping while watching this week’s episode. 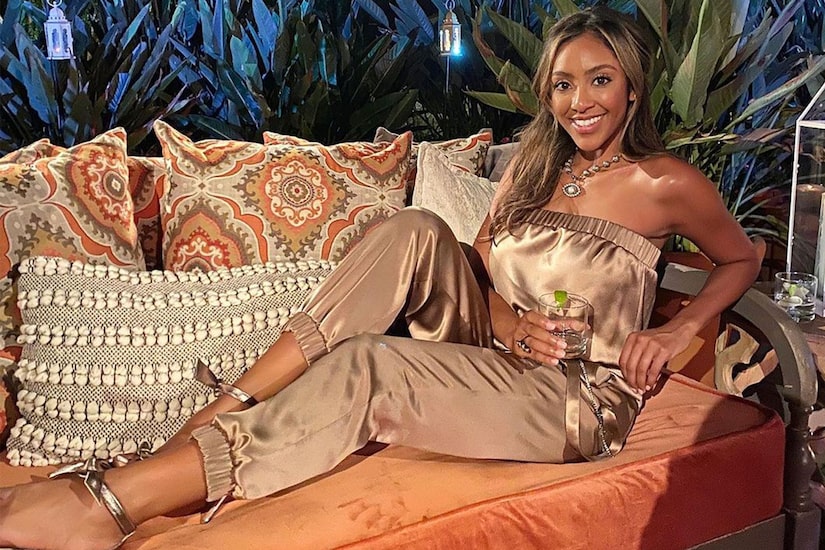 "Whipped up my famous skinny margs for Friyay," Tayshia wrote alongside an Instagram Reel, which sees her in the kitchen making several glasses of her signature cocktail. According to the Orange County native, all you need to make your own is a lemon, lime and orange, as well as sparkling water and your favorite tequila.

Tayshia — whose celebratory post was set to the sound of Andrew McMahon in the Wilderness’ hit song "Cecilia and the Satellite" — went on to break down the recipe in six easy steps, which you can follow along with in her post below.

Tayshia’s tutorial comes as Bachelor Nation prepares for another exciting installment of "The Bachelorette," which will see her group of men confronting their pasts due to revelations made during a lie detector test.

In a teaser, Zac is hooked up to a polygraph with substitute host JoJo Fletcher — who was filling in for Chris Harrison while he took his son to college — asking, "Have you ever cheated on someone?"

At the group date afterparty, Zac tells Tayshia that he "hated" the date. She later asserts, "Cheating is nothing I will tolerate."

Elsewhere, Brendan admits that "the time frame of proposing is scary;" and Riley appears to be reeling after making a big confession. "Is today the day I let myself go?" he asks, as he buries his head into his hands.

So, get your skinny marg ready and see how it all plays out on "The Bachelorette," airing Tuesdays at 8 p.m. on ABC.