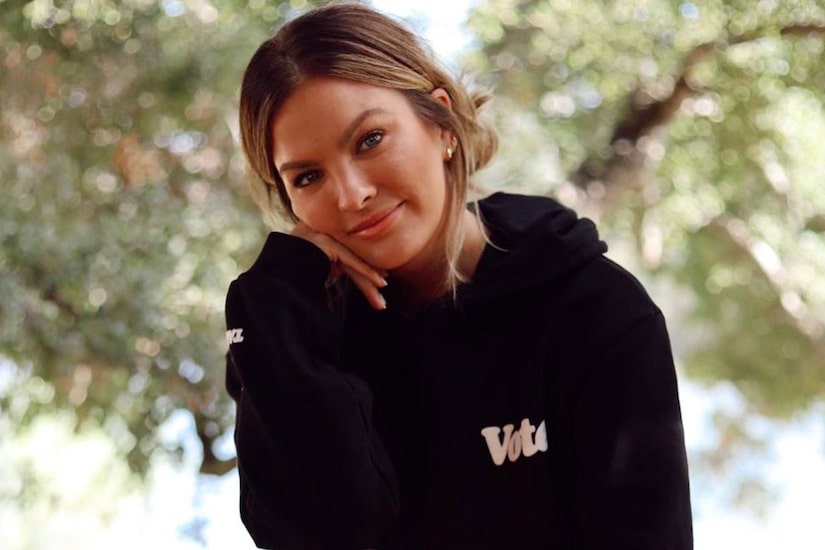 Taylor Swift dropped her second surprise album of the year, “Evermore,” on Friday — and, like a large portion of Bachelor Nation, Becca Tilley has absolutely no chill.

The “Bachelor” alum and avowed Swiftie headed over to Instagram to share her excitement over the pop star’s follow-up to this summer’s record-shattering “Folklore” (which, by the way, was recently nominated for two Grammys).

“I’m having a perspective shift about 2020 after this news,” Becca wrote, sharing the “Evermore” cover art on her Stories. “2020 was the year of growth. And the year Taylor Swift released two albums.”

Early Friday morning, T. Swift debuted the music video for the LP’s lead single, “Willow,” which has already racked up more than 5 million views (many of them most likely coming from Becca herself).

Seemingly unsure of what do with her excitement, Becca treated her followers to a $100 Starbucks gift card “in honor of the drop of ‘Evermore’”— sharing the barcode via her Stories. She then polled her fans about their favorite Taylor tunes, asking them to compare beloved tracks like “White Horse,” “Back to December,” and “All Too Well,” among others. 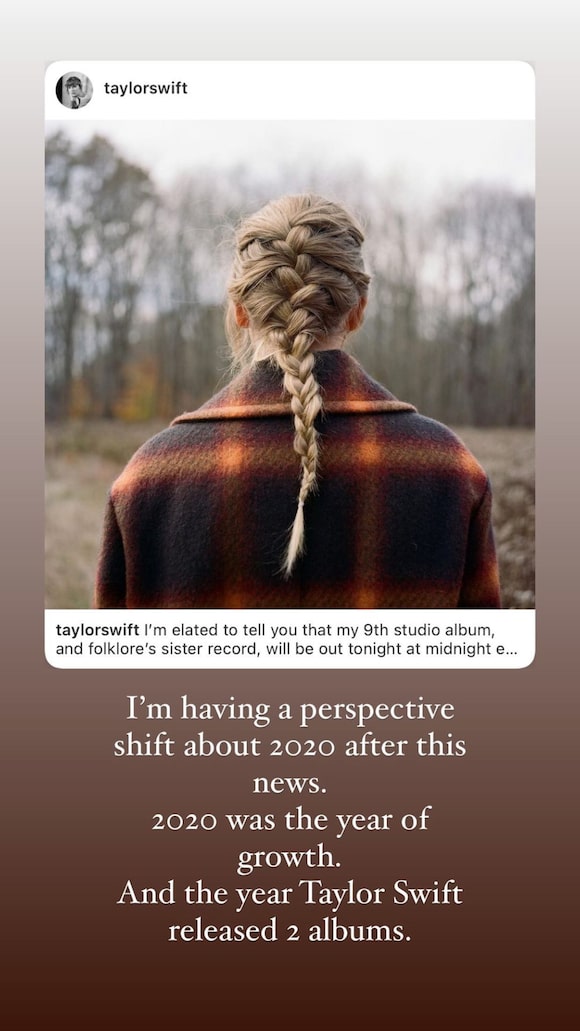 Becca also took an opportunity to share her thoughts on some of her favorite deep cuts of Taylor’s. “‘Mary’s Song’ deserves more respect. I need y’all to spend some time with it today,” she mused, later adding, “Okay and ENCHANTED?! I get emotional just at the thought of being enchanted by someone.”

“I love ‘Out of the Woods,’” she wrote. “It’s one of my favorites ever, but ‘Clean’ has done spiritual things for me lol!”