Ashley Iaconetti took to Instagram on Monday to share a creative Reel, in which she becomes her favorite romantic comedy leads by donning their signature coifs — all created by the Bachelor Nation star’s hairstylist sister, Lauren Iaconetti.

In the clip, Ashley first embodies Jennifer Garner’s Jenna Rink from 2004’s “13 Going on 30,” sporting the character’s iconic Princess Leia-inspired buns adorned with chopsticks. Next up in rotation is Ashley’s version of Drew Barrymore as Josie Geller in 1999’s “Never Been Kissed,” wearing short barrel curls.

Following that is a recreation of Rachel McAdams’ Allie Hamilton from 2004’s “The Notebook,” complete with vintage waves, a deep side part, and a sparkling barrette. Then there’s Ashley’s take on Jennifer Lopez’s Mary Fiore in 2001’s “The Wedding Planner,” showing off a middle part and a lengthy, super-straight ponytail.

And, for the grand finale, Ashley serves up a sexy recreation of Julia Roberts’ Vivian Ward from 1990’s “Pretty Woman.”

Bravo, Ashley! See her array of stunning looks in the video below. 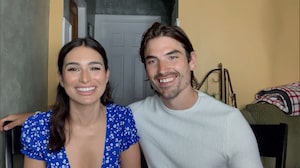 Ashley Iaconetti & Jared Haibon Are a Boy Band House Divided: Whose Side Are You On? 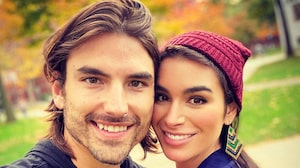 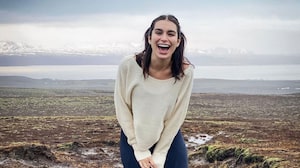 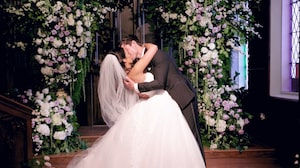