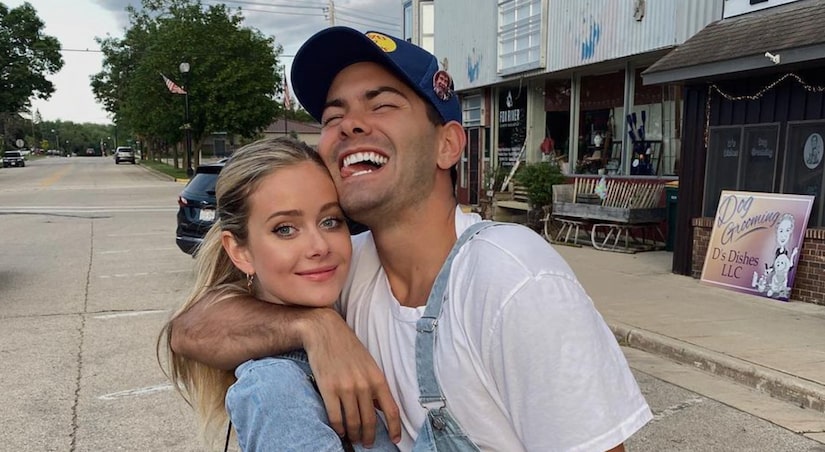 Looking forward to the future! Although she and fiancé Dylan Barbour have yet to set a wedding date, Hannah Godwin is already envisioning what married life will look like.

During an Instagram Q&A on Tuesday, the blonde beauty replied to a follower who asked if she plans to take Dylan’s last name when they eventually tie the knot.

“Another Hannah B in the house!!!??” Hannah wrote, referring to her fellow “Bachelor” Season 23 alum Hannah Brown.

“But true! I think I’ll do Hannah Godwin Barbour,” the model continued, adding that she is fine with dropping her middle name, Leigh. “Leigh, u were great and all but I’m so attached to Hannah ‘G’?”

Elsewhere, Hannah pondered how becoming Mrs. Barbour will impact her social media handle, @hannahg11. “OMG what do I do for my Instagram name?” she asked on the same slide. “I just thought of that.” 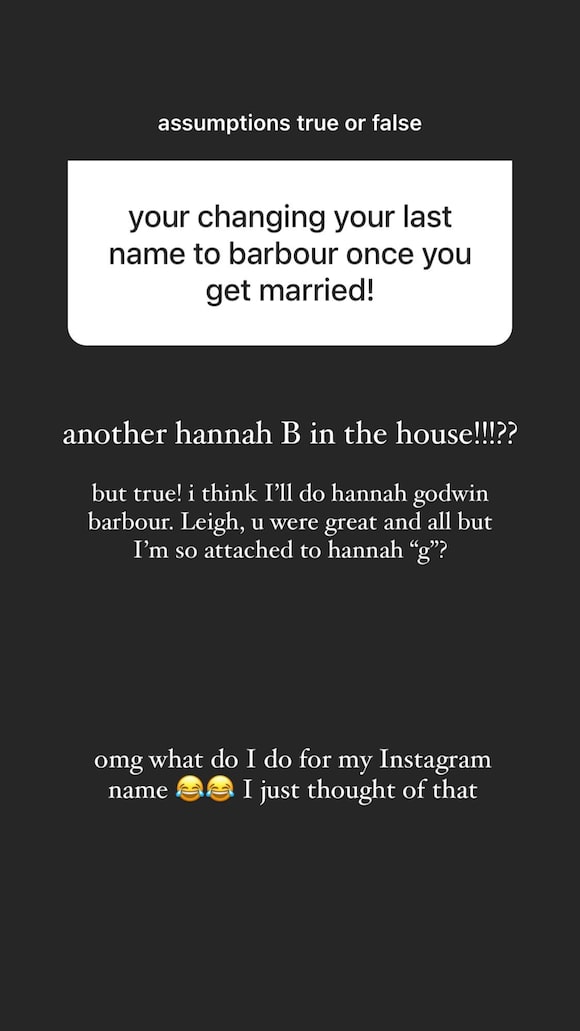 Hannah also predicted how many children she and Dylan will have in response to another query about her hope to one day start a family.

“It’d be cool to have 2-3 one day!” she wrote, explaining elsewhere that the stars might be aligned for that to happen: “So I went to an energy healer the other day and she told me I had 3 kids in my future! So who knows!!!!” 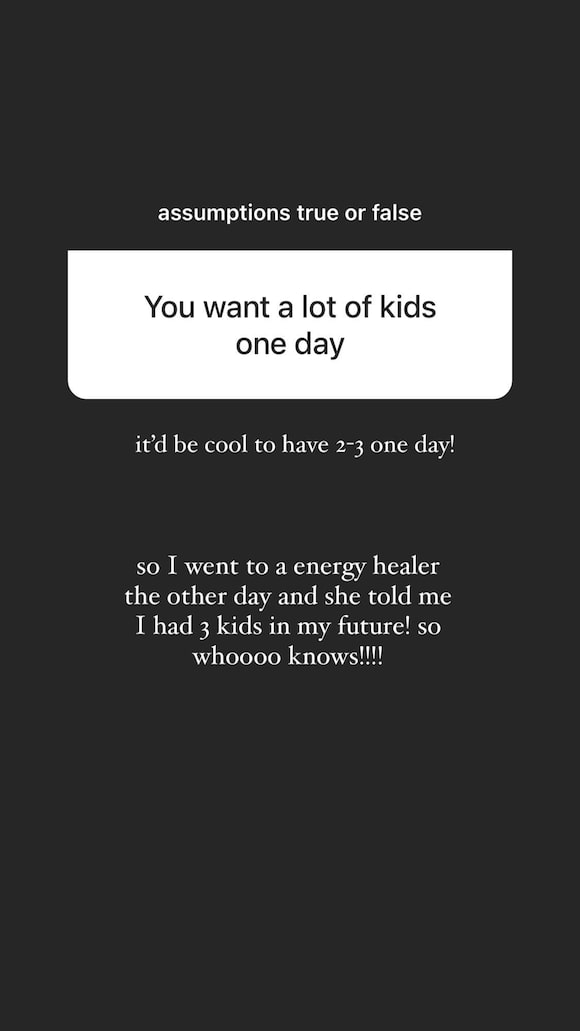 Hannah accepted a proposal from Dylan in the summer of 2019 after the San Diego, California-based couple fell in love while filming “Bachelor in Paradise” Season 6. Hannah’s mother, Beth, recently revealed why she believes Dylan is the “perfect person” to marry her daughter.

“I adore him,” Beth gushed in a video published January 17 on her daughter’s YouTube channel. “And I honestly think that there is somebody in the world for everyone and I think that he is the perfect person and I just love him. I love his family, his mom, and his brother. They’re just so special and I feel very blessed, like beyond blessed. I’m so glad they’re part of [Hannah’s] support system, part of my support system.” 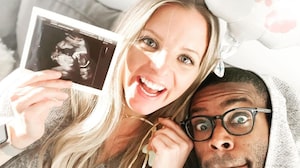 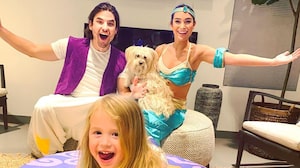 Andi Dorfman on the 'Rewarding Process' of Launching a Running App, Embracing Single Life, and Rooting for Matt James