She’s ready for her Mr. Right! The first promo for “The Bachelorette” Season 17 dropped on Sunday, teasing what to expect when Katie Thurston’s search for love begins this summer.

The promo — which will air Sunday, April 25, during the 93rd annual Academy Awards on ABC — reflects back on Katie’s unforgettable run competing for Matt James’ heart on “The Bachelor” Season 25.

“I don’t regret being myself. I know what I deserve,” the Washington native says in a flashback from her breakup with Matt.

The montage, set to the tune of Selena Gomez’s “Ring,” also recalls more standout onscreen moments from Katie — including her decision to speak out against “mean girl” behavior among the Season 25 cast and her promise to never “stop pursuing love.”

In the enticing clip, Katie rocks an array of fashionable ensembles. She stuns in a gorgeous lavender gown, strutting toward the camera as red rose petals shower overhead. In another moment, the brunette beauty throws a white T-shirt — which notably reads, “Be a Katie” — over her dress. Elsewhere, Katie dons a curve-hugging white mini paired with glittering gold stilettos.

“I am who I am, and I want to meet someone who knows who they are,” the reigning Bachelorette confidently states in a voiceover. “My person’s still out there.”

Bachelor Nation fell in love with Katie after she emerged as a fierce supporter of her fellow contestants, repeatedly standing up to bullying and negativity in the house. Equally known for her protective nature as she is for her infectious sense of humor, the outspoken franchise star became an instant fan favorite.

Check out the promo above — and see how Katie’s journey unfolds when “The Bachelorette” Season 17 premieres Monday, June 7, on ABC at 8 p.m. ET. 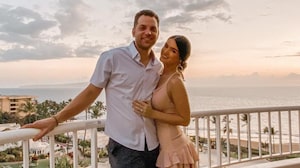 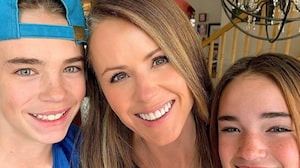 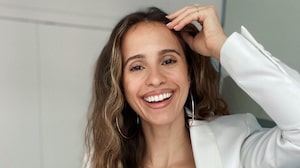