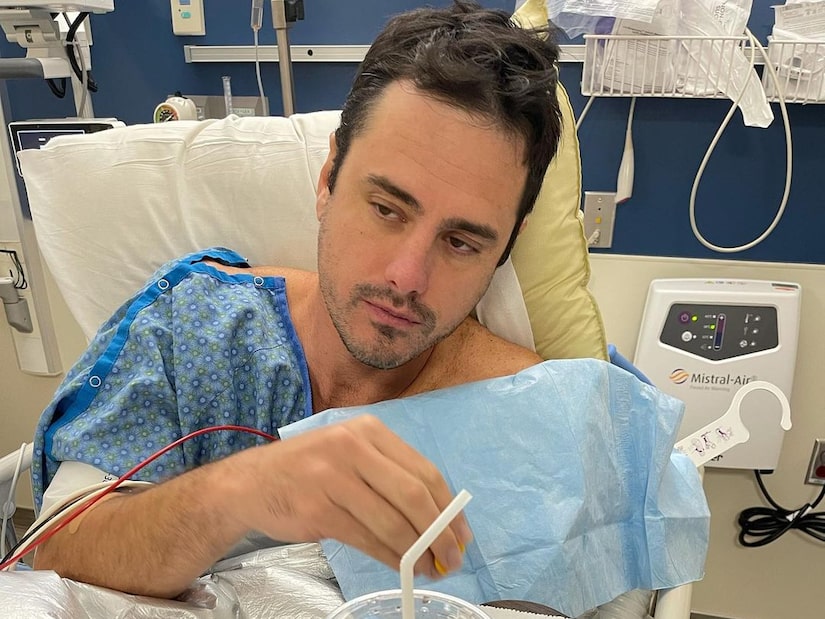 Ben Higgins is on the mend! The Season 20 Bachelor shared an update from the hospital as he was recovering from knee surgery and received plenty of love from Bachelor Nation.

Ben took to Instagram to post how he was doing after his recent operation, writing, “Absolutely thriving. Dinner and dessert. Update number 1: thanks for thinking of me today! ACL replaced, MCL was worse than expected so it had to be fully repaired and meniscus is as bouncy and cushion like as ever!”

Ben’s fiancée, Jessica Clarke, previously revealed on her Instagram Stories that Ben would be undergoing surgery for an “ACL, MCL and meniscus repair.” She followed up with another post showing love for him, writing, “Got a knee surgery? Nothing a little neck rub can’t relax you for. You’re doing so great my honey, you always impress me.”

Bachelor Nation stars also rallied behind Ben in the comments, with Tayshia Adams writing, “Sending you all the get well soon vibes!!!”

Kaitlyn Bristowe also chimed in, saying, “Get well soon B! And get that knee ready for the wedding dance floor.”

Jared Haibon added, “Nothing like Cheetos and animal crackers. Hoping for a speedy recovery brother!”

And as Bachelor fans know, this isn’t the first time Ben has struggled with knee problems resulting in surgery.

During an episode of “Addiction Talk” earlier this year, Ben revealed that a knee injury in his junior year of high school sidelined him from sports and crushed his dreams of playing college football.

At the time, Ben said, “​​For me, that was a turning moment where I realized my identity, the thing that I had always counted on, was going to be taken away.”

Ben recalled struggling with painkiller addiction after first injuring his knee, but in the “Addiction Talk” interview, he revealed he’s been sober for “nine years from painkillers.”

Along with years of hard work, prayer, and support from his family, Ben also credits his fiancée Jess for supporting him in his ongoing sobriety.

Thankfully, Ben has Jess by his side as he recovers this time. On Thursday morning, he said in his IG Stories that he’s been using ice, elevation, and quad pumping to ease the post-op pain.