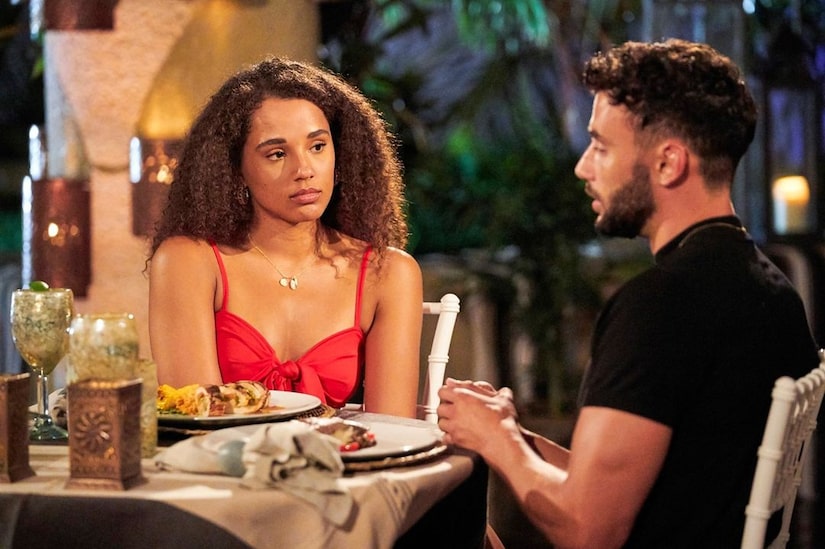 This week on “Bachelor in Paradise,” fans saw the love triangle between Brendan Morais, Pieper James, and Natasha Parker implode when Pieper arrived.

Brendan and Natasha had seemingly formed a connection despite murmurs about a pre-“Paradise” relationship with Pieper.

Then Brendan and Pieper were caught on camera discussing things like their Instagram follower counts, articles written about them, and screen time, which sparked conversations about the pair possibly being in “Paradise” for the wrong reasons.

But that didn’t stop them from taking to social media before Monday’s episode aired, with Brendan writing “here for the wrong reasons” and Pieper writing “all is fair in love and war.”

Since then, Natasha spoke out on this week’s “Click Bait with Bachelor Nation” podcast, saying, “Him putting up that picture, writing ‘here for the wrong reasons’ and her saying ‘all is fair in love and war,’ I felt like it was trolling. It was trolling towards me, and it was so insensitive, and it’s just, like, where’s the compassion? I got so upset when I saw that. I was like, are you serious?”

After Natasha spoke out, Brendan deleted his post and Pieper deleted the caption in question.

Brendan followed up with an Instagram story apologizing for his post, writing, “After taking time to begin to process the events that unfolded over the past few days, I have realized I was wrong on so many different levels. First of all, I removed my last post from my feed. I posted it before the episode aired and had no idea the magnitude of hurt that I caused.”

He continued, “My approach to many things in life is sarcasm. In this instance with regard to my post, I was completely insensitive. Most importantly, I apologize to you, Natasha. I hurt you. I am deeply sorry for doing so. I understand that the damage is already done and all I can do going forward is acknowledge the error of my ways.”

Pieper also weighed in on the drama in an interview with Us Weekly.

She told the outlet, “I had a friendship with Natasha before the show and had spoken to her about me and Brendan talking. With that said, I am truly sorry for any hurt that I caused her and hope that I get the opportunity to speak to her soon and make things right.”

On “Click Bait,” Natasha clarified the nature of her relationship with Pieper prior to filming and said they had only met once at an event.

can't stop thinking bout this picture from May tho... pic.twitter.com/blADlGPRio

Natasha said that at the time, Pieper told her she wasn’t going to be joining “Paradise” because she “couldn’t get off of work.”

Obviously, Pieper was able to make it to the beach, and you’ll have to tune in next week to see how things continue to unfold for her and Brendan.

For more on Natasha’s side of the story, listen to the latest episode of “Click Bait with Bachelor Nation” below. 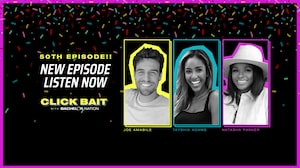 ‘Click Bait’: Natasha Parker Tells Her Side of the ‘Paradise’ Drama with Tayshia Adams’ Full Support