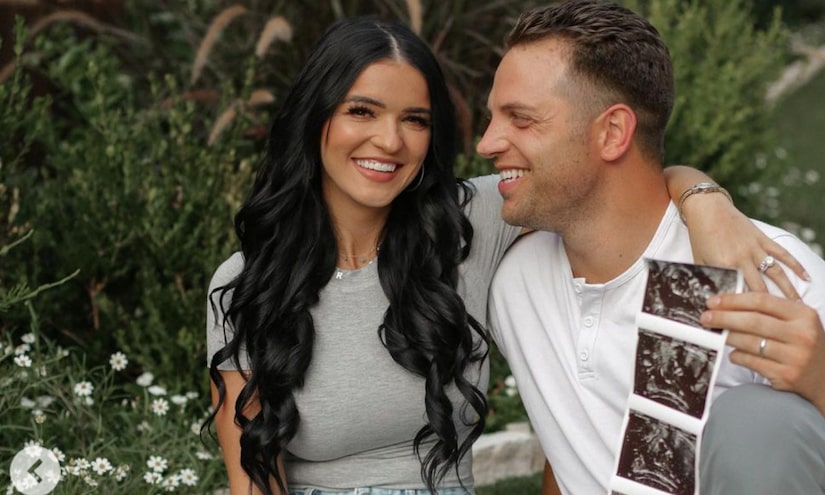 Bachelor Nation stars Raven Gates Gottschalk and Adam Gottschalk, who first fell in love on “Bachelor in Paradise,” announced their pregnancy back in July. Now, the two are sharing the emotional moment they found out they were expecting.

As fans recall, Raven and Adam met on Season 4 of “Bachelor in Paradise” back in 2017. While the two left the show as a couple, they didn’t get engaged until June 2019.

After some delays due to COVID-19, they officially tied the knot in April 2021.

Now, they’re expecting their first child together, and Raven shared the sweet moment when they found out they were going to be parents.

Raven took to Instagram to post a video of herself and Adam right after she took a pregnancy test.

Alongside the video, Raven wrote, “Throwback to May 15th when we found out we were pregnant!!” She also commented, saying, “Posting this because today I’m 20 weeks! Halfway there!! Wanted to reminisce a little. :)”

Raven starts out the video by saying, “I just took a pregnancy test. I’m not looking. I told Adam I wouldn’t look, so let’s see! My heart’s pounding.”

She goes on to explain that she took a pregnancy test with five-day early detection because she’d been tracking her ovulation since they got married and they were serious about having a family.

As soon as they flip over the test and see that it says “pregnant,” both Raven and Adam burst into excited giggles and tears, and Adam kisses Raven on the forehead.

Raven was nearly speechless but eventually says, “I’ve gotta turn this off,” and cuts the camera.

Bachelor Nation flooded the comments of Raven’s post to show their love, support, and excitement for the parents-to-be.

Adam commented, “The ‘what the fuhhhhh’ and nervous laughing did it for me. happy 20 weeks babe!! Half way there.”

We can’t wait to meet baby Gottschalk in about 20 weeks!