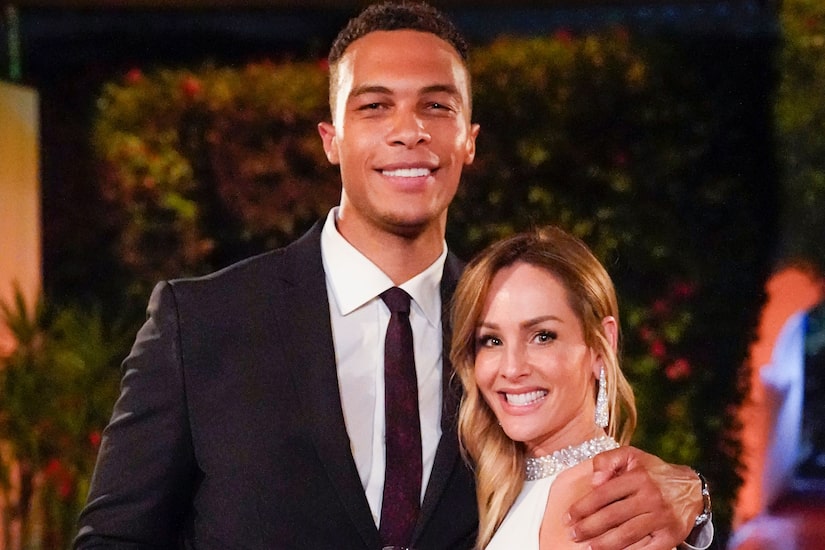 Bachelor Nation fans saw Dale Moss and Clare Crawley’s whirlwind love story unfold on Season 16 of “The Bachelorette.” While the two fell in love quickly and got engaged after only a few weeks, Dale faced rumors that he went on the show for fame.

Dale joined Mike Johnson and Bryan Abasolo on “Talking It Out” to clear up the speculation and rumors.

While Clare and Dale’s engagement seemed like the perfect love-at-first-sight romance, the two faced trouble in paradise after filming ended. In January 2021, just months after their engagement, the couple ended their relationship.

In February, the two were spotted out and about together again, seemingly trying to make it work. By March, Clare and Dale started to appear on each other’s social media pages and Clare was once again sporting her Neil Lane engagement ring.

The two have been together ever since, and their relationship is stronger than ever.

During his appearance on “Talking It Out,” Dale revealed that the lovebirds are still planning on getting married and have had several conversations about family planning.

Despite all of this, shortly after “The Bachelorette” aired, Dale faced rumors that he only went on the show for fame, not love.

Headlines and social media posts discussed his prior interest in TV opportunities, so Bachelor fans wondered what his true intentions were for coming on the reality show.

Dale clarified on “Talking It Out” that he decided to go on “The Bachelorette” for Clare and Clare only. He told Mike and Bryan that his life now isn’t that different from before, and he’s still a pretty private person despite having hundreds of thousands of followers on social media.

Dale said, “Honestly, my life hasn’t changed much since the show. My relationships, friendships — I had a full-fledged life and career before. Obviously, there are some things that have changed, like I’m in a relationship now, but I’ve never wanted to chase fame. If anything, I’ve always said I just want respect, I want to build a life and be able to do the things I want to do, live on my own terms, and at the end of the day I want to build a family.”

When it comes to speculation about whether Dale came on the show for fame only, it doesn’t bother him.

He said, “You gotta let go of that stuff right away. I know it’s just par for the course … I don’t pay attention to any of that.”

Dale added that he knows what his own morals and reasons were, so he can go to bed at night knowing who he is and what his intentions have been. He also said he doesn’t consume what people say about him on social media or in the headlines.

While he admitted he’s learned a lot from his experience being on “The Bachelorette,” he noted that there will always be pros and cons that come with the exposure, so he and Clare just focus on “staying true to themselves.”

To hear more of Dale’s conversation with Bryan and Mike, listen to the latest edition of “Talking It Out” below. 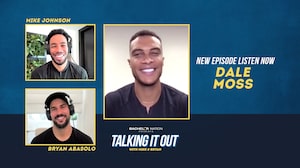 ‘Talking It Out’: Dale Moss Talks Family Planning With Clare Crawley and Addresses the Elopement Rumors