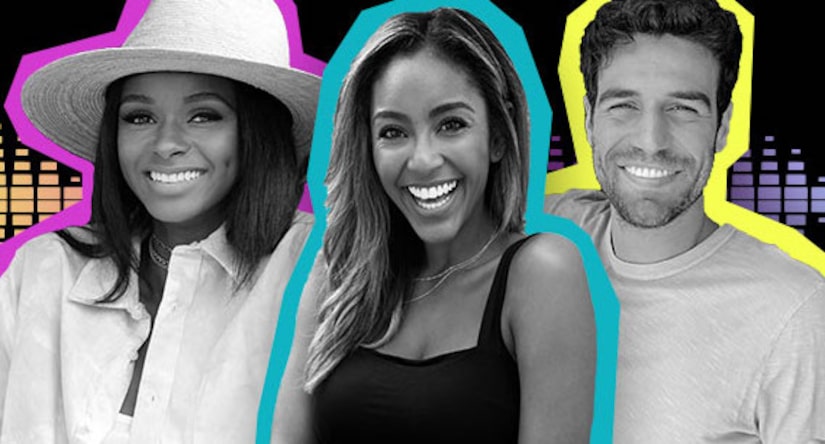 While Michelle Young’s season of “The Bachelorette” hasn’t even premiered yet, fans are already curious who the next Bachelor will be.

This week, news circulated that the next Bachelor is from Michelle’s season, and “Click Bait with Bachelor Nation” hosts Tayshia Adams, Joe Amabile, and Natasha Parker weighed in on the speculation.

As fans know, Tayshia is co-hosting Michelle’s season alongside Kaitlyn Bristowe, so she has some inside scoop to share.

Tayshia said, “I have met all of the men from Michelle’s season and there are some amazing guys in her cast. You guys, I cannot wait for you to watch her season. It’s gonna be really good. There’s some guys you would have never expected to surprise you the way that they do.”

When Joe and Natasha asked if Tayshia thinks we’ll watch Michelle’s entire season without officially knowing who the next Bachelor is, Tayshia said, “Yeah, and I think that’s gonna make it really exciting.”

Tayshia and Natasha also discussed “The Bachelor” starting to film soon and how the women on the new Bachelor’s season won’t have had a chance to watch him on “The Bachelorette” before leaving to film.

Tayshia explained, “So, typically we watch the season, we know who the cast is, and people go on to ‘The Bachelor’ or ‘Bachelorette’ based on seeing them from a previous season. These girls going onto this ‘Bachelor’ season have not seen this guy before. It is all new to them. I love that. I think that’s gonna be a really cool twist to this season.”

Tayshia teased that she may know a thing or two about who the new Bachelor is, but she couldn’t say much. While Joe doesn’t have any inside info, he’s certain he’s going to be able to guess who the Bachelor is on night one.

Joe bet Natasha, saying, “I’m gonna watch it and I’m gonna know from the first night who it is.”

All Tayshia would say on the matter is “Michelle’s season starts October 19. It’s gonna be a bomb one. Night one is fire. The entrances are next level.”

And we can’t wait to watch it all unfold! Mark your calendars for October 19 — you aren’t going to want to miss a minute of Michelle’s season.

To hear more of Tayshia, Natasha, and Joe’s conversation, check out the latest episode of “Click Bait with Bachelor Nation” below. 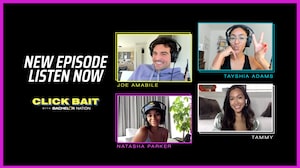