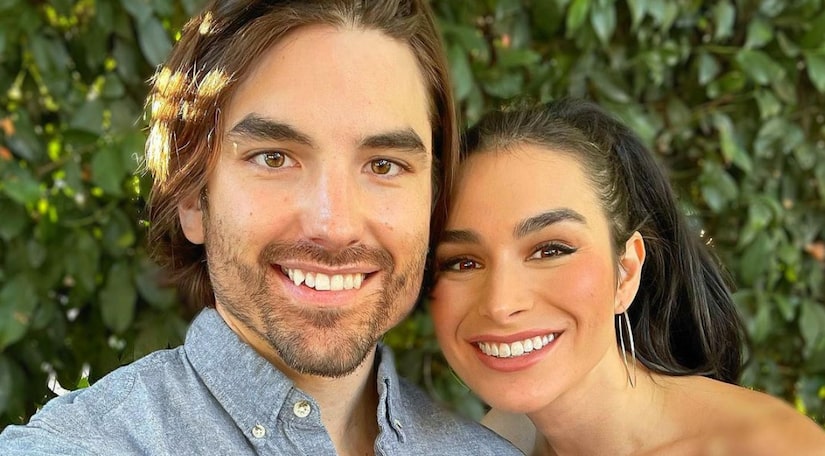 Bachelor Nation fan favorites Ashley Iaconetti Haibon and Jared Haibon are expecting their first child together, but in a new Q&A, Ashley just spilled on everything from their plans for baby number two and the inspiration behind their son’s name.

Ashley and Jared first announced their pregnancy in July, and they’ve been sharing exciting updates with fans every step of the way since then.

They revealed in August that they were having a baby boy, and Ashley has been candid with her followers about the highs and lows of pregnancy.

This week, the Bachelor Nation star took to Instagram for a pregnancy Q&A and didn’t hold back with her answers.

Right off the bat, one fan asked how quickly Ashley and Jared plan to try for baby number two, even though she’s still pregnant with their first child.

Ashley responded candidly, saying, “I go back and forth because this has been physically such an unenjoyable process for me. Part of me just wants to do it all over again ASAP and be done with it forever.”

The mom-to-be continued, “I don’t know just how intense and stressful the first year will be, which will be a factor. But ideally, we’d like to have the kids be within three years apart.”

Ashley also got real on what she’s most nervous about when it comes to having the baby.

She said, “Pretty much the whole delivery and recovery process. I’ve always been very fearful of labor.”

She added that thankfully, she’s giving birth at the hospital where her dad has worked for almost 30 years, and she feels “very comfortable there” and knows “so many doctors there.”

Ashley noted that her dad has even been friends with her OB-GYN since he started working there.

Another fan asked if Ashley has struggled with body image at all while being pregnant and whether she has any tips on staying confident, and the Bachelor Nation star was extremely vulnerable in her answer.

“I’m incredibly insecure about my acne situation right now. I don’t really have tips. My dermatologist even said there’s not much we can do right now because it’s so hormonal based. We know what works for me, but I can’t use any of it pregnant,” Ashley explained.

She also noted that certain lifestyle changes are off the table because she’s still been so nauseous and “can only stomach certain foods.”

But even amid the pregnancy struggles, Ashley and Jared couldn’t be more excited for their baby boy’s arrival.

Ashley also teased her baby’s name during the Q&A, saying, “Everyone thinks it’s inspired by one of Jared’s passions, like Tom Brady or Rob Thomas, but his name is actually based on one of my passions.”

We can’t wait to meet baby Haibon in February 2022, but until then, we’re thankful for how honest and real Ashley has been with fans throughout her pregnancy. Looking forward to more Q&A’s! 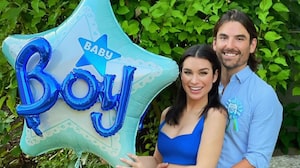 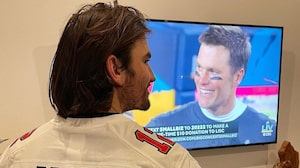 Jared Haibon Shares Emotional Tribute to Dog Brady Upon His Passing: ‘Thank You for Being My Brother’

Serene Russell Reveals She’s Stepping Back from Teaching: ‘My Kids Will Always Have a Special Corner in My Heart’