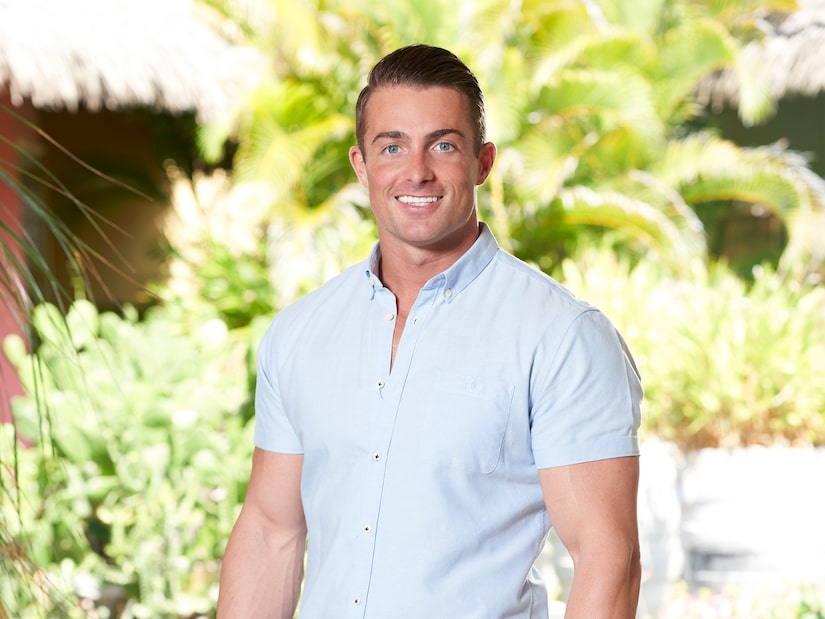 On Season 7 of “Bachelor in Paradise,” much of the drama was surrounding cast members meeting each other and forming relationships before the show.

From Brendan Morais and Pieper James to Chris Conran and Alana Milne, fellow “Paradise” cast members grew more and more frustrated with these pre-existing relationships causing drama on the beach.

“Paradise” cast member James Bonsall stopped by this week’s episode of the “Bachelor Happy Hour” podcast to discuss how he thinks these pre-“Paradise” relationships affected the outcome of the process for everyone on the beach.

James told Becca Kufrin and Tia Booth, who were also in “Paradise” this summer, that pre-“Paradise” relationships are a “very delicate subject” and “very tricky to dissect.”

The Bachelor Nation star explained, “I learned very quickly that Bachelor Nation is a very close network. When you go on the show, you burst onto the scene, and with social media, you have access to communicate with anyone and everyone becomes friends. But where do you draw the line between friendship and something intimate?”

James said that he really believes each pre-“Paradise” relationship we saw unfold this summer needs to be looked at on a case-by-case basis because they weren’t all the same.

The New York native revealed that he believes the Brendan/Pieper situation was actually different from the Chris/Alana situation, though they seemed similar on the show.

James said that when it comes to Chris and Alana, he truly believes “they were just on a friendship level when they met before, then found out they were both going to ‘Paradise’ and were excited to meet each other.”

But with Brendan and Pieper, James said, “The Brendan/Pieper situation is super messy. I know, to me, I think that was an existing relationship there. You’ve seen apologies come out.”

Becca asked James if he thought these pre-planned relationships took away the opportunity from him to possibly meet someone else, and James said it absolutely did.

“If you’re already committed to one person, why even bother coming to ‘Paradise’? Work that out independently in the real world. Don’t come to the beach just to finagle your way Rose [Ceremony] after Rose Ceremony just to essentially exchange roses back and forth and have a predetermined plan,” James said.

He continued, noting, “You’re taking up valuable spots for people genuinely looking to find a spark, find a connection, and have that flourish into a potential engagement or leave the beach together.”

James added that he thinks these pre-existing relationships are going to continue to be an issue with “Paradise” cast members in the future, saying, “There’s really no way around it. It is unfortunate.”

Becca and Tia said they hope that after everything that unfolded this year, people will think twice about going on the show already in a relationship because it’s clear “they’re going to get caught.”

To hear more of James’ conversation with Becca and Tia, check out the latest episode of “Bachelor Happy Hour” below. 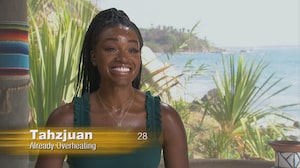 From ‘Naked’ to ‘Dated Tre’s Uncle,’ Here Are the Top 10 ‘Bachelor in Paradise’ Titles from Season 7