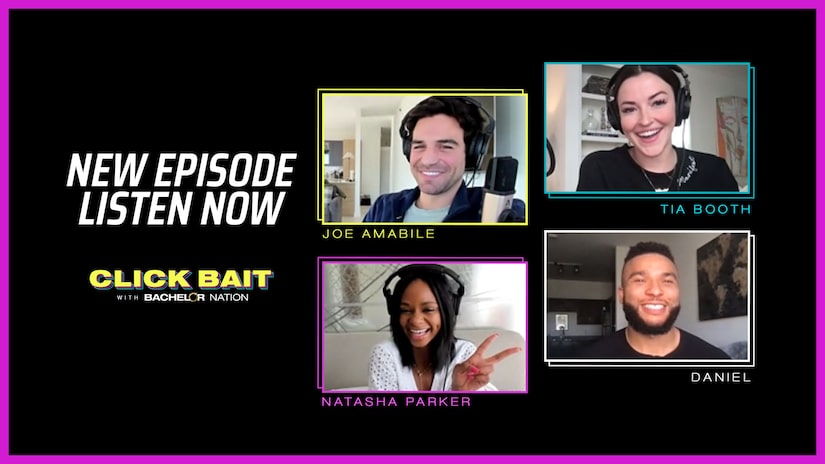 And now after being sent home, Daniel is stopping by the “Click Bait with Bachelor Nation” podcast to discuss his experience on the show.

Daniel reflected on how he felt heading into the show, saying he decided to just go there without any knowledge about what it would be like.

The Bachelor Nation star said, “When I went there, I was clueless. I wasn’t nervous overall; I was nervous meeting her, of course, because it was a first date. Going into it I was just, like, ‘I want to meet Michelle.’ I didn’t really care about the other guys. I didn’t know anything about drama within the house. I just want to meet Michelle and that’s all I really care about.”

But the nerves kicked in for Daniel right when he was about to meet Michelle when he realized he only got one chance to make a first impression.

“Walking up to her, I was like, ‘Oh, wait, no one has discussed a redo of walking up to her.’ So I was like, ‘Please do not stutter. You don’t get a redo, so let’s just get these words out real quick. You’ve got one shot, you’ve gotta shine and make it work,’” Daniel explained.

Unfortunately, Daniel said, he didn’t get much time to talk to Michelle, which is why he went home early in the season.

Daniel told the “Click Bait” hosts, “I think I left because it was just about time. I wasn’t even mad. Every opportunity you get to talk to her, you’ve really got to make it count. The first night, I didn’t get an opportunity to talk to her. There were some drama situations that took up a lot of time, plus there were 20 plus other guys. During the first Rose Ceremony, I was actually thinking I was going home that first night because I didn’t talk to her.”

Daniel was given a rose and thus another chance to connect with Michelle, but even during his second week, he didn’t spend much time with her.

The Bachelor Nation star said, “I got to talk to her a little bit after that, but then before that second Rose Ceremony, with everything that happened, again I got no time. We never had an opportunity to talk and build a relationship. Things happen for a reason. I got to meet a lot of cool people and it was a blast. And who knows what’s next for me?”

The “Click Bait” hosts had to ask Daniel about what it was like arriving on a toy fire truck and then being upstaged by PJ with a real fire truck just moments later.

Daniel was shocked by PJ’s arrival, saying, “I just was thinking, ‘How was this even possible and was this not an option for me?’ I had never even thought about it! At first I thought someone had gotten hurt when I saw the fire truck, but then it slowed down right in front of Michelle and PJ came out in a suit and I’m wearing this costume, just like, ‘Man they really got me.’ I was not even mad. I embraced it.”

At the end of the day, if he could do it all over again, Daniel would do things the same way.

“Watching it back, it was funny! If that was an option again, I would do the little fire truck again. It showed a little bit about my personality. I don’t like to take things too seriously. I would definitely do it again,” he said.

To hear more of Daniel’s conversation on the “Click Bait with Bachelor Nation” podcast, check out the latest episode below. 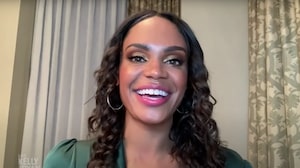