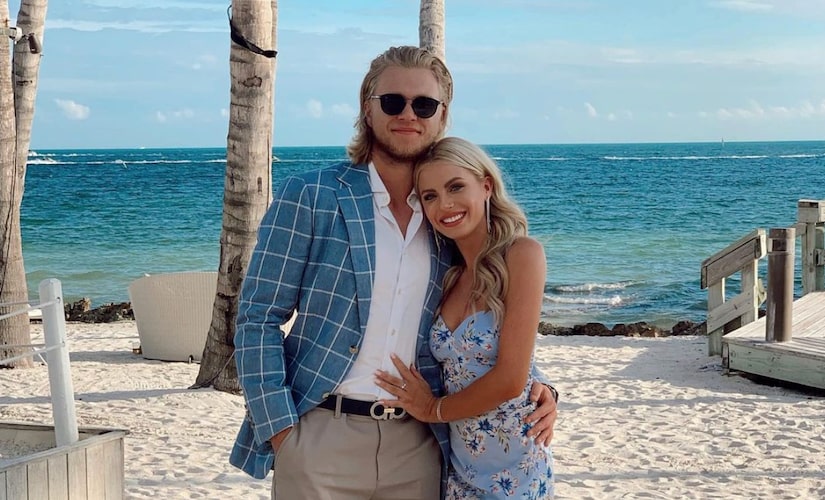 The two have been keeping Bachelor Nation fans up with their wedding planning and their life together in Las Vegas.

And now, Emily is answering fan questions about their upcoming nuptials, including her least favorite part of planning, where they want to go for their honeymoon, and whether she intends to take Will’s last name.

While wedding planning is a blast, it can also be stressful, and Emily shared that her least favorite part so far has been making a guest list.

The Bachelor Nation star said, “So far, I’ve found it hard to make a guest list! It’s just tedious and when you don’t want to go over a certain number it’s hard to tell people they can’t bring a plus one. I wish we could celebrate with literally everyone.” 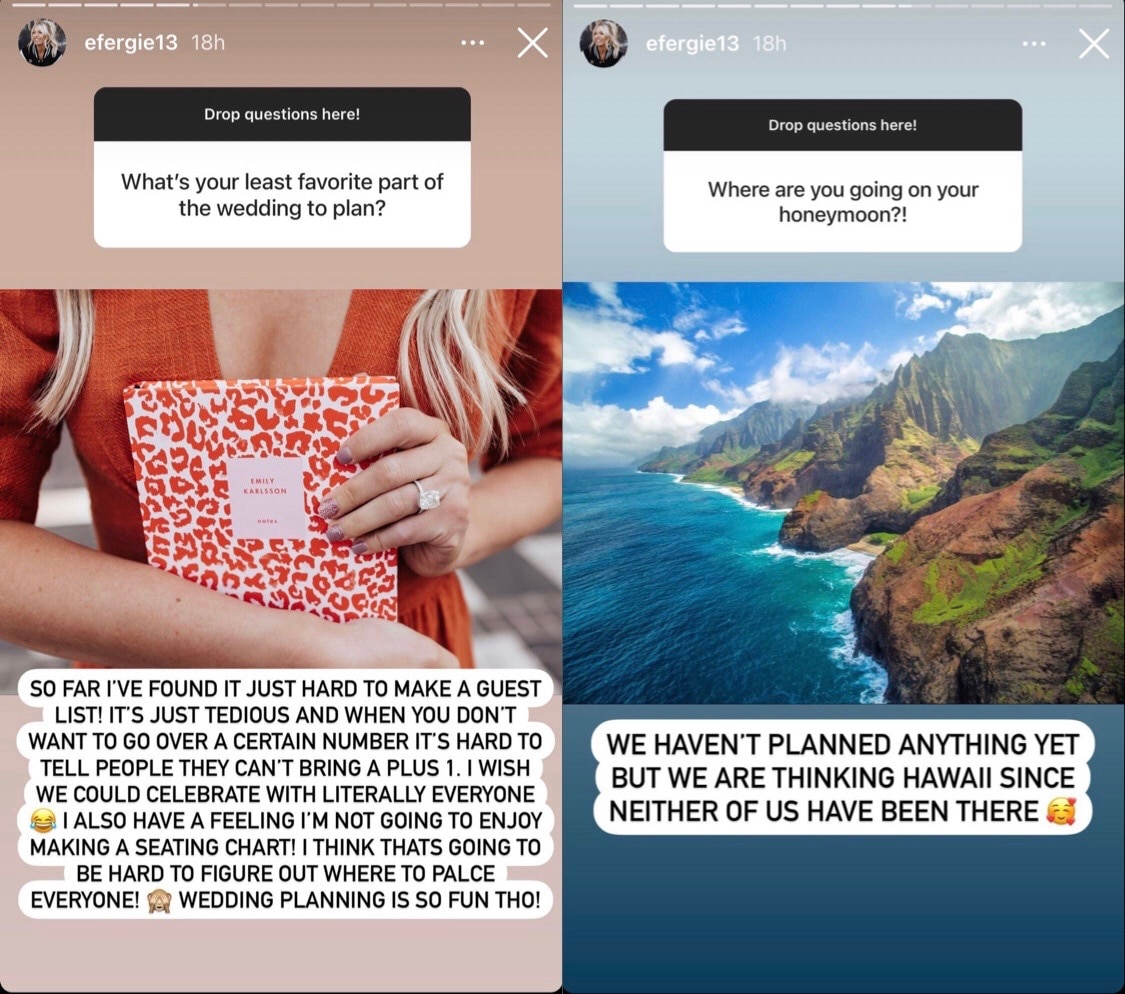 Similar to making a guest list, Emily added, “I also have a feeling that I’m not going to enjoy making a seating chart! I think that’s going to be hard to figure out where to place everyone.” But she made sure to add that “wedding planning is still so fun though!”

When it comes to where she and Will hope to go on their honeymoon, Emily wrote, “We haven’t planned anything yet, but we are thinking Hawaii since neither of us have been there!”

Emily and her twin Haley famously became known as the Fergie twins after their time on “The Bachelor” and “Bachelor in Paradise,” so does Emily intend to change her last name from Ferguson to Karlsson?

The Bachelor Nation star wrote that she is planning on taking his last name, but “I’m still trying to decide if I’ll change my Instagram handle. I think I’m going to keep efergie13 even though I hate that there is a number in my Instagram name. It just doesn’t look professional. Also, I think y’all would get confused if I changed my Insta handle. I don’t want Haley and I to have different last names, it’s all so weird! I’m probably overthinking it!” 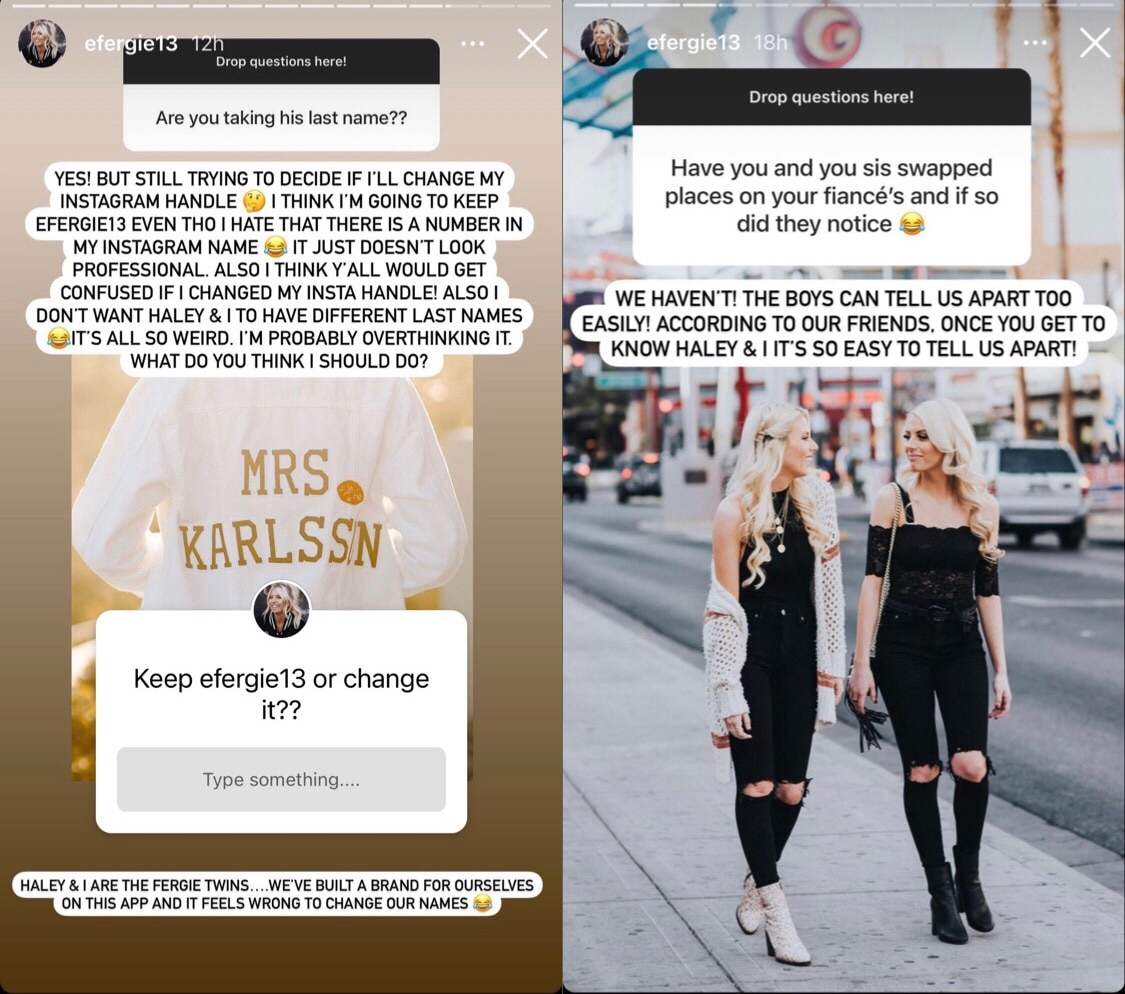 She continued, “Haley and I are the Fergie twins, we’ve built a brand for ourselves on this app and it feels wrong to change our names.”

And speaking of her sister, one fan asked Emily if she and Haley have ever swapped places on their fiancés to see if they notice.

Emily said, “We haven’t! The boys can tell us apart too easily! According to our friends, once you get to know Haley and I, it’s so easy to tell us apart.”

Still sounds like a fun prank to try one day, though!

We’re looking forward to continuing to watch Emily and Haley’s wedding planning journeys as they both prepare to walk down the aisle. 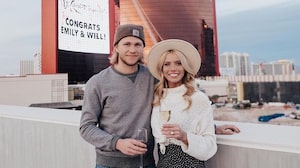 Emily Ferguson Shares Unseen Moments from Her Proposal, Plus: She Reveals Part of Her Wedding Look 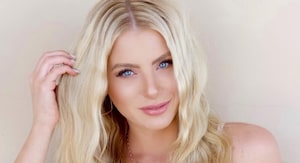