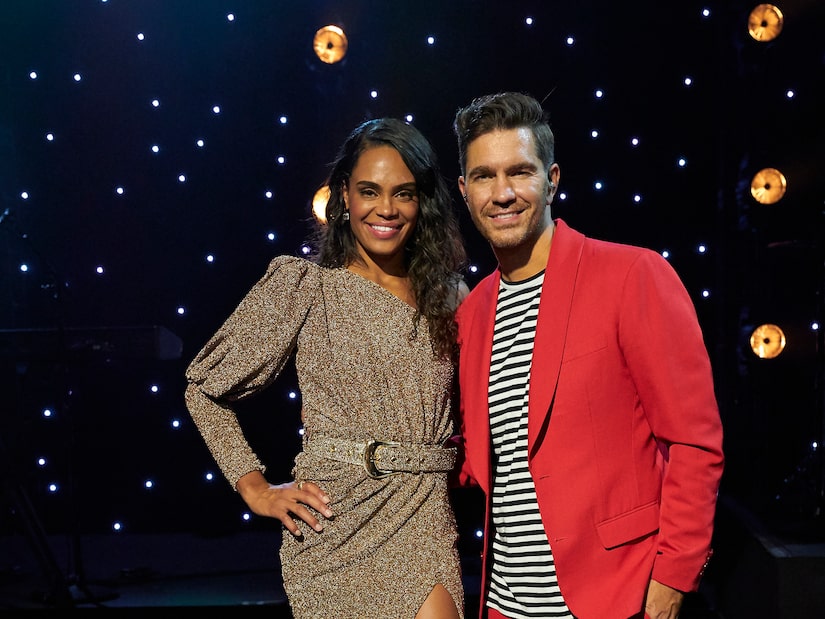 On this week’s episode of “The Bachelorette,” multi-platinum singer and songwriter Andy Grammer performed for Michelle Young and Rick on their one-on-one date.

Andy tweeted that being on the show was an “awesome experience” and that the performance was “one for the books.”

The singer stopped by the “Click Bait with Bachelor Nation” podcast to discuss how he thinks he’d do on a Bachelor Nation show and what advice he has for Michelle.

When it comes to relationships, Andy has a wealth of knowledge. He and his wife Aijia have been married for over 10 years and share two daughters together.

So he spoke to co-hosts Joe, Natasha, and Tia about what he would tell Michelle when she’s looking at her group of guys.

Andy said, “Who do you want to start an emotional business with and who feels like you can really build a relationship with? Things like looks are important but not that important for a long-lasting relationship. My wife is hot. It’s awesome. But as you get 10 years in, you’re like, ‘Hot is cool, but are we spiritual together? Do we like the same things? Can we build a family together?’”

The singer continued, adding, “I also think you have to ask, is the person down to be honest about their flaws? That’s where it starts to get real intense because you live with this person. And it goes both ways. Are we down to have real conversation about how you can be ugly in certain ways and how you can get better at it? I think a lot of people can’t get there and that’s when you’re in trouble.”

That’s some great advice! Andy also noted that the Bachelorette and her future husband should be willing to grow together as they come into themselves and continue to mature.

The singer elaborated, “I think what makes relationships really work is when both people feel confident enough to share the complete picture of themselves. There’s usually a lot of internal invisible work that happens with each other and on yourself to continue to show up for a relationship to make it actually work.”

Aside from the advice he had for Michelle, Andy shared his thoughts on whether he would thrive on a Bachelor Nation show if he were single.

He started off by saying, “For a real long-lasting relationship, it’s a pretty intense way to get started.”

Andy reiterated that while looks can seem important at first, he said that attraction isn’t always what’s important 10 years down the road in a marriage.

So he said that if he were the Bachelor, he might get caught up in things like looks, although there are some positives to an experience like the shows too.

Andy said, “I think that it would be very hard to be surrounded by super hot people for this long and make correct decisions for a long-term relationship. You’re really dodging landmines at that point to get to something that actually could be a long-term, lasting, beautiful relationship. It’s totally possible and it has worked. And the thing that’s really good about it, is going through something hard with someone else.”

He said that the experience on “The Bachelor” or “The Bachelorette” isn’t so far off from dating in real life these days with dating apps.

Andy said that as long as you have your priorities straight and really know what you’re looking for, it could definitely work if you stay focused.

He also noted that being realistic would be important for him if he were on the show, because “there’s this myth where there’s that one person you’ll find where it wouldn’t get hard and everything would be easy the whole time and that’s hilarious BS. Everybody has terrible things about them. So the real truth is what can you handle and who do you want to be a mirror for.”

Andy is happily married, so while he won’t be a contestant on any of the shows, we’re glad we still get to have him as a part of the Bachelor Nation family as a performer.

To hear more of his conversation with Joe, Natasha, and Tia, check out the full episode of “Click Bait with Bachelor Nation” below. 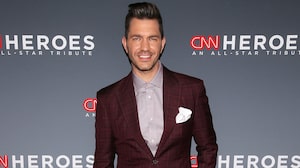 Singer Andy Grammer Opens Up About Career Rejection and Perseverance 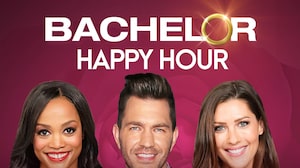