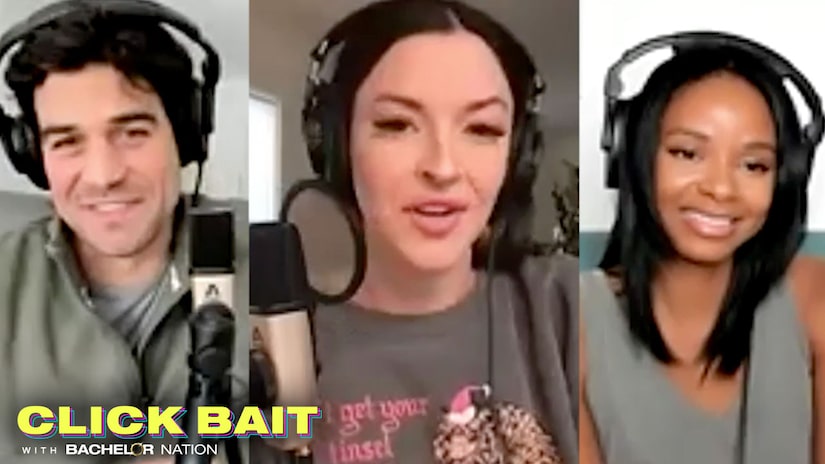 “Click Bait with Bachelor Nation” co-hosts Joe Amabile, Natasha Parker, and Tia Booth offered their support to Tayshia Adams after news broke that she and her fiancé Zac Clark called off their engagement.

Last week, a rep for Tayshia confirmed that the two were “no longer a couple” around a year after their proposal aired on Tayshia’s season of “The Bachelorette.”

Now, Tayshia’s former “Click Bait” co-hosts sent both her and Zac love as they enter this next chapter.

And while breakups can be truly heartbreaking, Joe looked at it from a different perspective.

He said, “Here’s the thing. When people break up, everyone says it’s terrible, but I usually think it’s a good thing when people break up because it means they weren’t happy. Now that means they can figure out how to be happy. Obviously as viewers and friends, we want to see it work out, but if they’re not happy and they break up, they can move on and find out how to become happy again.”

And Tia agreed, adding, “People are so devastated over it, saying things like they’re giving up hope, but it’s just like you said, they could be happier apart.”

Natasha also chimed in with some wisdom, saying, “Joe, I think what you said is so important. We talk about toxic relationships and toxic friendships and I think that well-being is the most important thing for your friends, family, and everybody. I want Tayshia to be happy and I want Zac to be happy too. Of course, I’m a little biased because Tayshia is our girl, she’s our former ‘Click Bait’ co-host, but I want them to be happy.”

Natasha continued, “I haven’t talked to Tayshia about the specifics, but I guess it just wasn’t working out. The thing that makes me the most sad is that it’s a public breakup. People come at you and everyone has an opinion. That’s the sad part and I’m sure she probably doesn’t want to go anywhere because she doesn’t want to talk about this.”

And while Joe and Tia agreed that dealing with a public breakup is challenging, Joe noted that it comes with the territory.

Natasha and Tia totally understood but added that “it takes a toll” for the people involved and it is particularly difficult for a Bachelor/Bachelorette lead because everyone wants those relationships to be successful.

We’re sending both Tayshia and Zac love as they navigate this new chapter. If you want to hear more of Joe, Natasha, and Tia’s conversation, check out “Click Bait with Bachelor Nation” below. 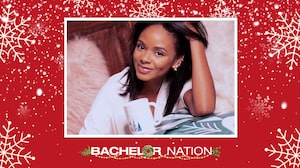 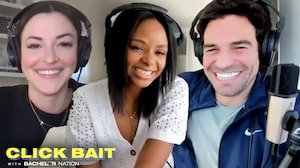