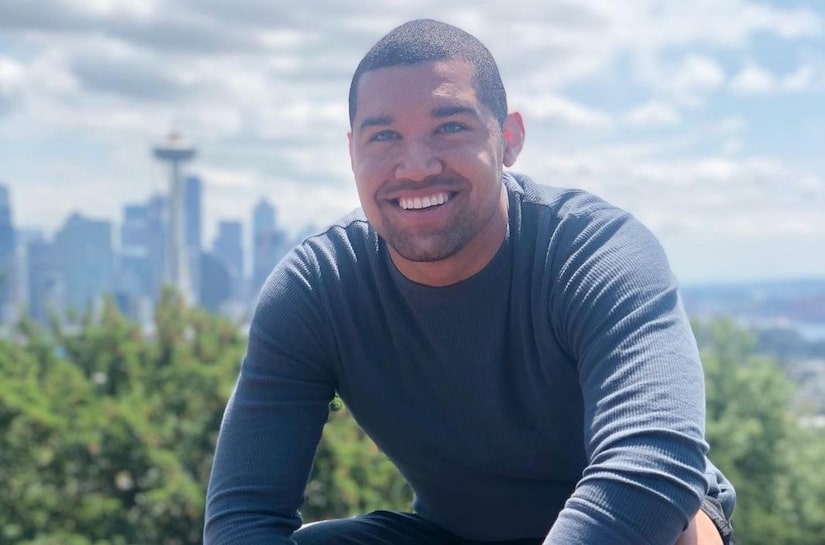 Bachelor Nation fans got to know and love Rodney on Michelle Young’s season of “The Bachelorette.”

After last night’s episode, Rodney joined the “Bachelor Happy Hour” podcast for a conversation about his time on the show, and his mom even stopped by to drop some advice for his future partner.

Rodney started off talking to co-hosts Becca Kufrin and Tayshia Adams about what it meant to him to be a part of Michelle’s historic top four.

He discussed how he, Nayte, Brandon J., and Joe made Bachelor Nation history as the first final four who were all people of color.

Rodney shared what that moment meant to him, saying, “That was truly, truly amazing. My heart was racing that night, so at that moment I wasn’t thinking about the history too much. But once I understood the gravity of that situation, it really meant a lot to me.”

The fan favorite added, “Making this kind of history with the Bachelor Nation franchise is really something that is so special to me. I hold it near and dear to my heart. The caliber of guys in that room, I was just honored and blessed to know them and be in the same category as guys like that. We were happy to be there together. It also just shows how amazing Michelle is to have a final four like that. We were grateful for that moment, and I can’t tell you how proud and happy I was to be a part of it.”

And when Becca and Tayshia asked if Rodney remained close with the other men from that final four, he said they all still talk regularly.

Rodney revealed, “Yes, I am still close with the other guys from the top four. I do talk to them fairly often. Nayte was my roommate throughout the entire process, so he and I still talk every day. I just got off a call with him about an hour ago. And I usually reach out to Joe and Brandon at least once a week and just see where they’re at with the journey and where our lives stand now. I do as many check-ins as I can to make sure we all stay connected because it was a very special chapter in our lives.”

And Tayshia and Becca were lucky enough to get Rodney’s mom on the podcast too, where she revealed what advice she’d give to Rodney’s future partner.

She said, “I would say genuine love needs to be reciprocated and the respect, honesty, and love that they’d have for one another is the most important thing. I’m always telling Rodney to be genuine, honest, and respectful, and I know that he is going to need that in return. Those are such important qualities in relationships. When Rodney loves, he loves hard, so my prayer is that he will find somebody to do the same for him.”

Now, that’s some great advice! We hope Rodney finds exactly that. If you want to hear more of his conversation with Becca and Tayshia, check out the latest episode of “Bachelor Happy Hour” below. 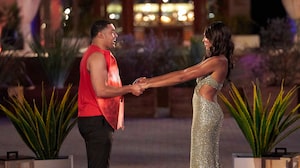 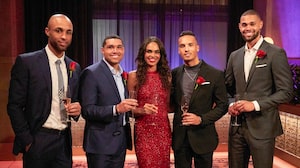 Nayte Reveals Michelle’s Season Makes Bachelor Nation History with the Final Four All POC: ‘I’m Proud to Be a Part of This Moment’