Fantasy Suites are upon us!

Now that the highs and lows of the “Men Tell All” episode are behind us, Bachelor Nation is ready to see how Michelle Young’s journey to find love comes to an end.

Next week, her three remaining men — Brandon J., Nayte, and Joe — are continuing to vie for her heart in the Fantasy Suites.

At the end of the “Men Tell All” episode, we got a sneak peek at what’s to come in Michelle’s final episodes.

Michelle is first heard saying, “We are nearly at the end of this journey and I could be engaged in a few days. I have three incredible men left.”

As each of the men is seen showing love for Michelle, she says how she feels about each of them.

Michelle says, “I’ve never had a feeling like when I kiss Nayte. He is soul mate material,” and she continues on, saying, “Joe is my slice of home. There’s just something so special about our connection,” and lastly, she adds, “I can see spending my life with Brandon.”

And while love is in the air, so is the drama.

Joe agrees, adding, “I feel like we went from bros to foes” with the other guys.

And it isn’t any easier for Michelle, who is heard saying, “When you’re in love with three people, how do you know which person is your person?”

Michelle’s parents also chime in during the trailer, with her dad sharing his concern that one of the men would become a “jealous person,” and her mom is seen questioning whether Nayte is “ready to get down on one knee” and if he’s “100 percent in.”

Michelle breaks down in tears and says, “This is so hard” before she’s heard asking, “Falling in love is one thing and an engagement is another thing. Which of those are you ready for?”

The love and the drama continue next Tuesday at 8 p.m. on ABC, and if that wasn’t enough, we also got a sneak peek at Clayton’s season of “The Bachelor.”

Clayton is seen falling head over heels for multiple women to the point where he reveals that he is in love with all three of his finalists.

Check out the full trailer for Clayton’s season below and Michelle’s Fantasy Suites episode above. 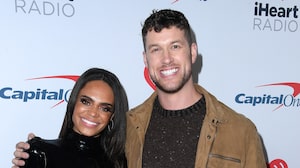 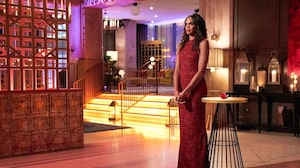 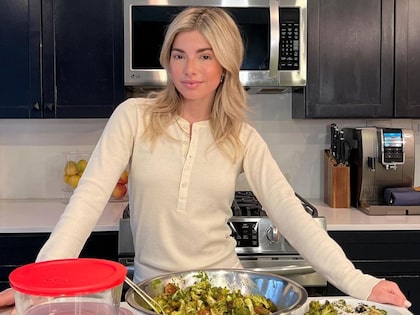