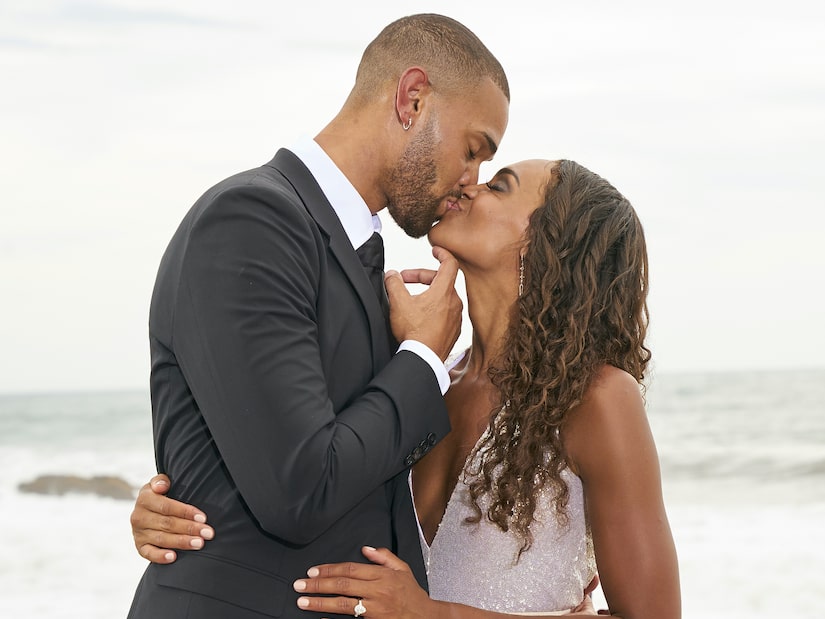 Michelle Young and Nayte Olukoya found love and got engaged on the season finale of “The Bachelorette!”

The two made history as the first couple of color to come out of “The Bachelor” or “The Bachelorette,” and they’re more in love than ever.

Michelle and Nayte stopped by the “Bachelor Happy Hour” podcast and discussed their future together as a couple.

Co-hosts Becca Kufrin and Tayshia Adams, who are both former Bachelorettes, cringed as they asked the newly engaged couple if they had any wedding plans yet.

The co-hosts said they would dread that question after being asked so early into their relationships, but much to their surprise, Michelle and Nayte came with answers.

Michelle revealed that they plan to get married “within the next year” and Nayte spilled when their date is.

He said, “Summertime, and we are going to leave it at that!”

Michelle also shared that Nayte was actually the one who brought up talking about wedding dates and getting started with the planning process.

This may seem surprising after parts of last night’s finale, but Nayte shared with Becca and Tayshia that he just has trouble opening up in settings like that.

He shared, “When it comes to moments like with the shaman and trying to express myself, it can be hard for me to express myself sometimes. But I tried my best and at the end of the day, how I felt came out clear enough for Michelle to understand where I was at.”

Nayte also shared, “I think Michelle knows now that we have left that bubble that I can express myself,” and revealed it was sometimes challenging for him with the cameras around.

The Bachelor Nation star revealed how he best expresses himself, and it’s not out loud but in writing.

Nayte said, “When I have time to fully get how I feel inside out onto a piece of paper, that’s where I really shine. When it’s right there in a moment, I don’t want to misspeak, so I need some time. One thing I do enjoy is letting Michelle know how I feel all the time, so I’m a love letter type of individual. Michelle has received a few of those.”

Michelle confirmed that Nayte is actually the more romantic one out of the two of them and she received flowers and sweet messages all the time.

We love these two! Congrats again on your engagement, Nayte and Michelle!

To hear more of their conversation with Becca and Tayshia, check out the full “Bachelor Happy Hour” episode below. 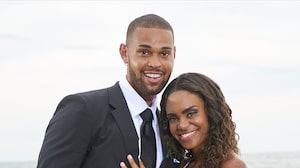 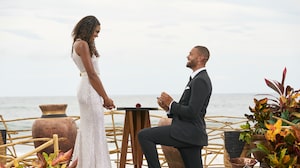