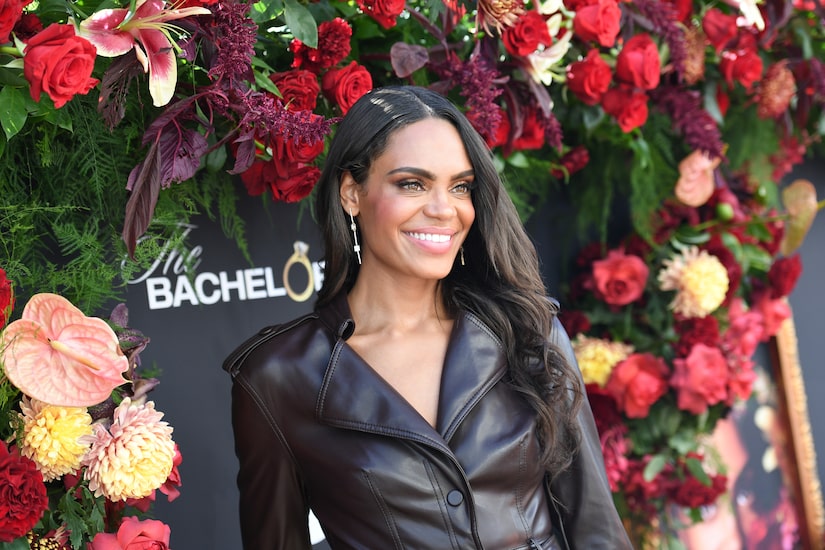 Former Bachelorette Michelle Young stopped by the “Click Bait with Bachelor Nation” podcast to check in a few weeks after her finale.

As fans know, Michelle got engaged to Nayte Olukoya on the season finale of “The Bachelorette” and the two have been spending a ton of time together since.

They’ve been meeting each other’s friends and families, going to sporting events, and showing their love for each other on social media.

But there is one part of her season being over that’s Michelle’s favorite.

She told the “Click Bait” co-hosts, “It’s so nice being able to openly talk about Nayte and our relationship. We’re doing long distance right now with him in Austin and we’re going back and forth until we get settled in. It’s nice when I’m out with friends to be able to say things like ‘Nayte and I’ and not use code names. When we are visiting each other, we can do things together and we’re not on lockdown in hiding, so that’s been my favorite part. I can finally introduce him to friends, family, and go out and do the little things.”

She also shared that she and Nayte are still “getting used to all the attention” when it comes to how many people have stopped them to ask for a photo, but added that everyone has been “really excited and nice.”

Yes! Fans are just so excited for Michelle and Nayte.

And amid all the excitement, Natasha Parker asked Michelle if it’s been weird at all reuniting with any of her exes from her time on the show.

Nayte is still friends with many of the men from her season, including Joe Coleman and Rodney Mathews, who were also in Michelle’s final four.

But Michelle said there’s no weirdness at all when it comes to now being friends with her exes from “The Bachelorette.”

She said, “When I was going through this process, I really did build relationships with these guys, especially the top four guys. I cared about them as people and I still do, and I feel like it’s the same for them with me. The weird part is other people making it weird. When me, Nayte, and Joe were all together the other day, everyone was saying it was weird because that’s my ex, but for me I kind of forget because Joe and Nayte had their own friendship.”

Michelle continued on, saying, “We all care about each other as people and we’re rooting each other on. When it comes down to it, we know it was a situation we signed up for and we know that not everybody was going to end up at the end. I didn’t want to end with 30 fiancés. It was only going to be one person.”

And the Bachelor Nation star added that as long as Nayte is okay with being friends with her exes, she’s okay with it.

She said, “Nayte has a mature mindset where he’s moved past that, and Joe has as well. We get to actually spend time together as friends. The person who it would be the weirdest for would be Nayte, because those are the people that he was sharing his person with temporarily. But he’s been like, ‘Nah, we’re good,’ and he even checks on me. Now I say, ‘I’ve got eyes for you and only you baby. We’re good.’”

To hear more of Michelle’s conversation on the “Click Bait with Bachelor Nation” podcast, check out the full episode below. 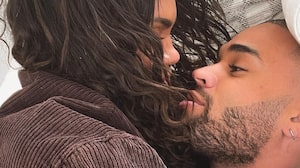 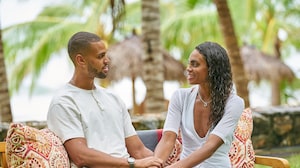 Michelle Young & Nayte Olukoya Reveal Their Wedding Plans Are ‘Picking Up Speed,’ Plus: How Many Kids They Want!