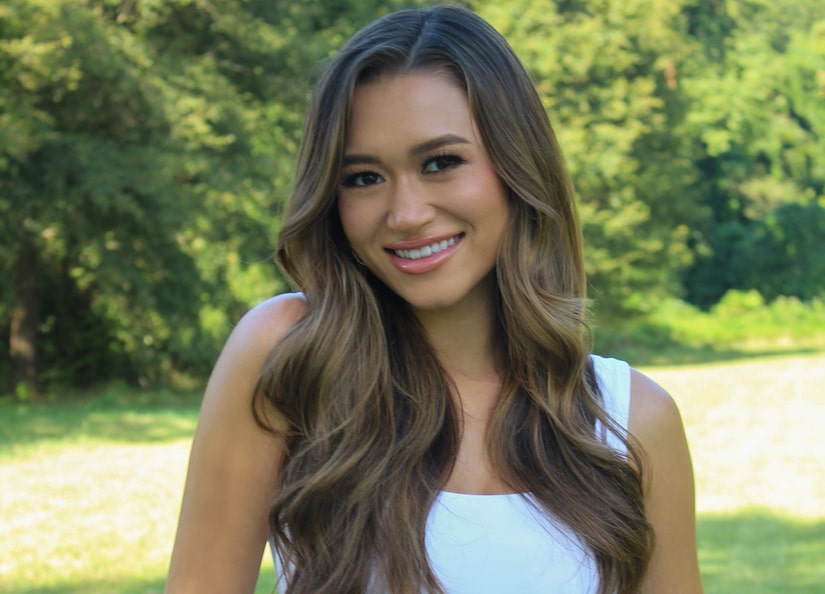 Fans are getting to know and love Bachelor Nation star Sarah on Clayton’s season of “The Bachelor.”

From receiving this week’s one-on-one date to winning the first group date, Sarah swept both Bachelor Nation and Clayton off his feet.

Now, she’s stopping by the “Bachelor Happy Hour” podcast for an honest discussion about her one-on-one date with Clayton and why being uncomfortable actually brought them close together.

Coming off having a great time and winning the first group date, Sarah told co-hosts Becca Kufrin and Serena Pitt, “Getting that second one-on-one was the perfect moment to keep the spark going. In the back of my mind, I was hoping I would get it because we had such a good first group date.”

And while Sarah liked that the date was also a surprise for Clayton because she got to see a different side of him, there were definitely some parts about running around downtown Los Angeles in their underwear doing activities that Sarah struggled with.

The Bachelor Nation star said, “At one point, we had to write a song about each other and sing it across the amphitheater with people watching. I hit a point where I got a little upset because I was in my head and I was scared he wasn’t having a good time. I was worried with him balancing so many relationships that his first memory with me was going to be uncomfortable and not having fun.”

She continued on, saying, “I had just heard that he was on an amazing one-on-one date with Susie on a yacht and in a helicopter, and now he’s feeling really insecure and running around in his underwear with me. So I got upset in my head because I was worried I could go home if he didn’t have a good time.”

Serena agreed, saying that the one-on-one date really does contribute to your first memories together, noting, “That’s a very valid thing to feel. Wondering if he is now going to associate being uncomfortable as our first memory together.”

Sarah shared, “There was a moment when I got upset and he came up to me and said, ‘We can stop this right now. We don’t have to continue doing this. I’m uncomfortable too.’ We had a little come to Jesus moment where we realized we were both struggling and we were both embarrassed, uncomfortable, and nervous, so we got that out in the air and finished.”

And after the activities, Sarah said, “Once we got to sit and talk, it provoked a conversation that we wouldn’t have had otherwise. It ended up being good. It brought out a different side of our relationship than a different type of date would have, so I’m grateful for the experience.”

She said the date actually put their relationship to the test very early on and made them stronger.

And by the time the dinner portion of the date came around, Sarah said she was totally at ease with Clayton.

She said, “I felt like the date helped us really know each other. It took us past that ‘get to know you’ phase and we were just comfortable and could say anything. There were more uncomfortable situations that followed later in the season and we would both joke that ‘Oh, this is nothing, we’ve run around downtown L.A. in our underwear!’”

To hear more of Sarah’s conversation with Becca and Serena on the “Bachelor Happy Hour” podcast, check out the full episode below. 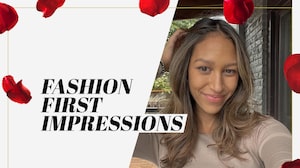 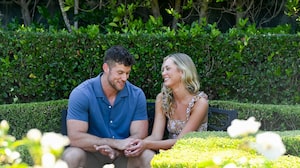