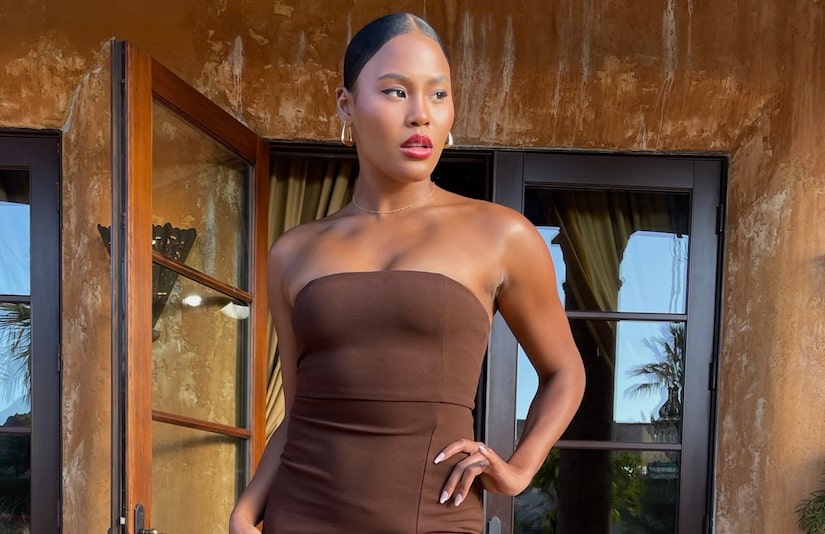 Bachelor Nation fans are getting to know Sierra on Clayton Echard’s season of “The Bachelor.”

She has swept Bachelor Nation off their feet with her incredible looks and her ability to speak up when she feels something isn’t right.

Sierra famously told Clayton about Cassidy’s friend with benefits she had at home who she was FaceTiming with just before filming began.

And she’s also stood up to Shanae and spoken out to Clayton about her behavior.

Now Sierra stopped by the “Bachelor Happy Hour” podcast to discuss all things Shrimpgate and Shanae crashing the cocktail party during this week’s episode.

She started off by sharing her thoughts about Shrimpgate with co-hosts Becca Kufrin and Serena Pitt.

Sierra said, “I think it’s hilarious because it’s so ridiculous that it’s funny and you can’t help but laugh. I think that Shanae and how she handled things was completely delusional. She was complaining that no one took her shrimp, but there’s literally a clip of Mara taking her shrimp and sharing it with the other women in the hot tub.”

She continued, “It’s just hilarious to me how out of hand it got and how much she held onto the whole shrimp thing. It made me think that if something that small can push you over the edge, there are some things you need to work on.”

And when it comes to Shanae accusing the other women of “bullying” her, Sierra said she asked for actual examples of when she experienced the “bullying,” but Shanae “wouldn’t give an explanation. Her immediate reaction was to defend and then deflect and [to] just say she’s done talking about it.”

But Sierra added, “If she’s going to accuse people of something, you need to give an explanation. Especially if you’re going to call people bullies when you’re the one actually bullying.”

Becca and Serena asked Sierra what she thought of Shanae crashing the group date after-party after being on the losing team.

Sierra shared, “When she showed up, it threw me off because none of us knew why she was there. At that cocktail party, Genevieve and I agreed that we weren’t going to say anything to Clayton unless he asked because there had been so much drama. We wanted to have one good cocktail party with no drama.”

Clayton eventually did ask them and they were both honest with him. Then, before they knew it, Sierra said Shanae showed up out of nowhere screaming their names and ready to attack.

Sierra said, “We were all like, ‘What are you doing here? What’s your plan?’ Then she throws the trophy and storms off. We laughed because the whole thing was just comical. But we all yelled for her to come back because if she wants to start something, finish it. Come back. You can’t come out and do something crazy and then not stay and confront the issue. If you’re going to be confrontational, have a conversation and talk about it. But if you’re going to run away like a chicken, don’t come in the first place.”

To hear more of Sierra’s conversation on the “Bachelor Happy Hour” podcast, check out the full episode below. 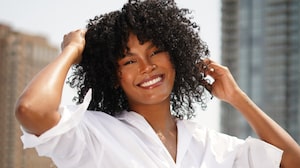 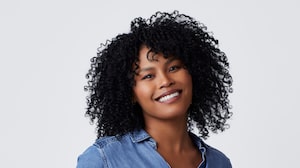