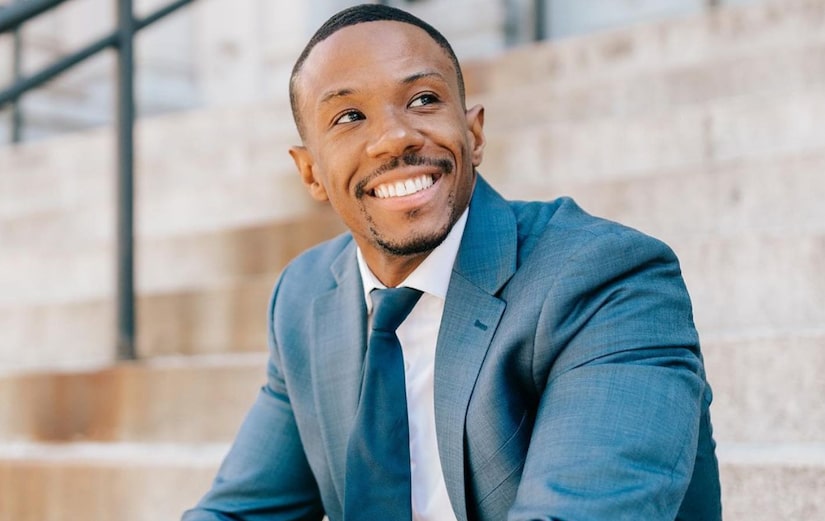 Riley Christian is making his own history during Black History Month!

February is Black History Month, and Bachelor Nation star Riley sat down exclusively with BachelorNation.com to discuss the importance of Black history.

When talking about what Black History Month means to him, Riley said “It actually means a lot. In my opinion, Black should always be celebrated, but it also feels good to know that there’s an entire month dedicated to Black history by the country so everybody can really focus on it for a set period of time. It just feels good to know that.”

Riley also opened up about what it means to him to be opening his very own law firm during such an important month.

The Bachelor Nation star shared, “I was feeling like it was just time to start my Christian law practice. I’ve had some success, but I always said if I had an opportunity to do something on my own that I enjoy doing and I can help people out, I needed to go for it. Is it very tiring? Hell yeah. Is it a struggle? Hell yeah. But at the end of the day, I am in a unique position to be able to help people with something they can’t do for themselves. And so I just was like, ‘You know what? Let’s go for it.’ And the fact that I’m working on getting my practice started during Black History Month just makes it so much better.”

Riley opened up about the type of law he will be practicing and how it hits close to home for his own life experience.

He said, “I am going to practice family law as a family law attorney. I’m going to do some other things too, but family law is really a passion project that I want to do. I want to be able to help people out, and I grew up in a single-parent household, so I spent a lot of time going through the court system. I know what it’s like. And to be honest with you, if I’m gonna just be keeping it real, I’ve always been afraid of the family law courts based on my experience.”

Riley continued, sharing a story about the first time he tried to get into family law and why he stepped away from it temporarily.

He said, “My very first year as an attorney, I tried to go to family law court and help some people out, but I got there and I saw a mother laying on a bench and she was just crying. She was bawling and crying. I didn’t know what happened and I didn’t ask, but I just got nervous, so I turned around and walked out. I wasn’t ready yet, but now four or five years later, I’m ready.”

Riley shared, “If someone like myself, who has gone through the experience, can’t give back to help both the small children and parents going through it, then who the hell is going to give back? I know exactly what it’s like and I can now relate to both the kids and the parents, so I’m just going to give family law a shot.”

Riley also shared that some of the inspiration to help people through his work as a lawyer was influenced by Bryan Stevenson, a prominent lawyer, social justice activist, and founder/executive director of the Equal Justice Initiative.

Bryan has famously worked on cases that have saved prisoners from the death penalty, advocated for the poor, and developed community-based reform litigation aimed at improving the administration of criminal justice.

Riley said, “I learned about him through the movie that Michael B. Jordan was in, ‘Just Mercy,’ and then I ended up reading his book. It was incredible how he helped people on death row who were wrongly accused, and I know did a lot of his work pro bono. He inspires someone like me to get my hands dirty and help some people that truly need it. There are many people out there that just can’t afford an attorney like him, but he still helped them. He went to Harvard Law. The man is very intelligent, but he chose to work for the public and help save lives.”

We can’t wait to see all the work that Riley does with his new practice as he continues to make a difference in the world. 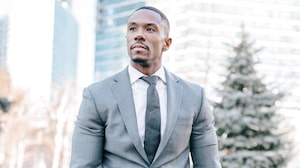 EXCLUSIVE: Riley Christian Shares How Bachelor Nation Fans Can Support Black History Month, Plus: What It Means to Have People Look Up to Him 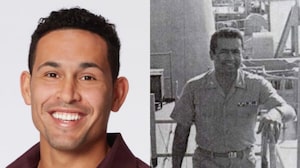