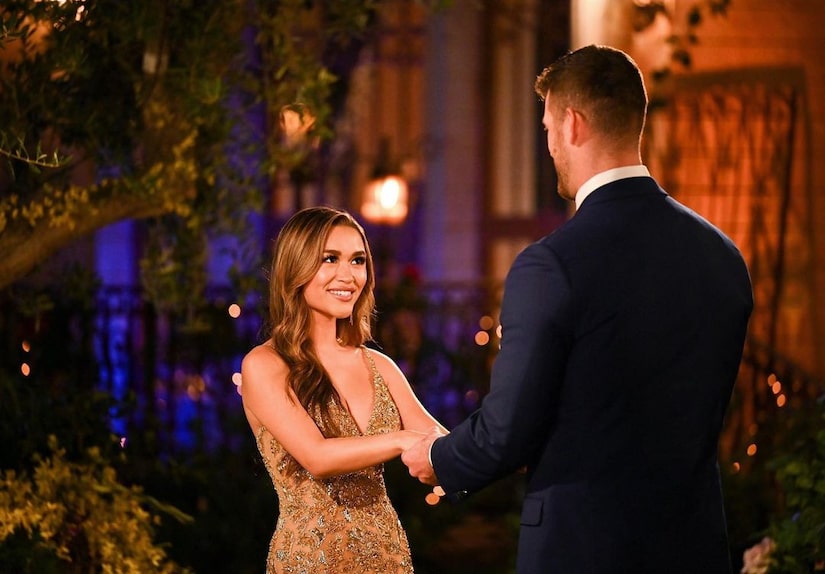 To be here for the right reasons, or not to be?

That is the burning question “Bachelor” and “Bachelorette” contestants are faced with every season after actions are challenged and tensions begin to run high.

This is what it all came down to on Monday’s episode of “The Bachelor,” which focused on whether or not Sarah was sincere about her feelings for Clayton despite her “performative behavior.”

“Talking It Out with Bachelor Nation” co-hosts Mike Johnson and Bryan Abasolo discussed her behavior and were quick to urge fans not to jump to the conclusion that Sarah didn’t have real feelings for Clayton.

Mike said, “I can’t say that Sarah didn’t like Clayton, and I think that’s where we’re getting it confused,” adding, “She could’ve been performative and dramatic or artistic in the way that she was expressing herself, but that doesn’t mean that she wasn’t there for the right reasons.”

He and Bryan assured listeners that there is a clear distinction between Sarah’s boastful behavior and still having good intentions.

“I want to believe that she didn’t have bad intentions,” Mike admitted. “I think that she’s just young and a rookie.”

Bryan was quick to agree and alluded to the fact that Bachelor Nation may get more answers in the coming weeks.

“I don’t think we know what’s in her heart, but maybe we find out more at the ‘Women Tell All.’ These women called her out for that, and obviously they were there, so we’ve got to take their word for it, in a sense.”

Monday’s episode saw many women in the house address Sarah’s behavior behind closed doors, but the co-hosts discussed the insecurity that appears to be looming among the remaining women and their relationship with Clayton.

“There’s that other aspect where it’s like, why not just focus on what you are doing with your relationship?” Bryan wondered, to which Mike added, “Why are we not saying, ‘You’re on a TV show knowing damn well there’s gonna be 30 of you competing after one person. I’ve got to be strong.’”

The guys do raise a solid argument…

To hear more of Mike and Bryan’s conversation on the “Talking It Out with Bachelor Nation” podcast, check out the full episode below.