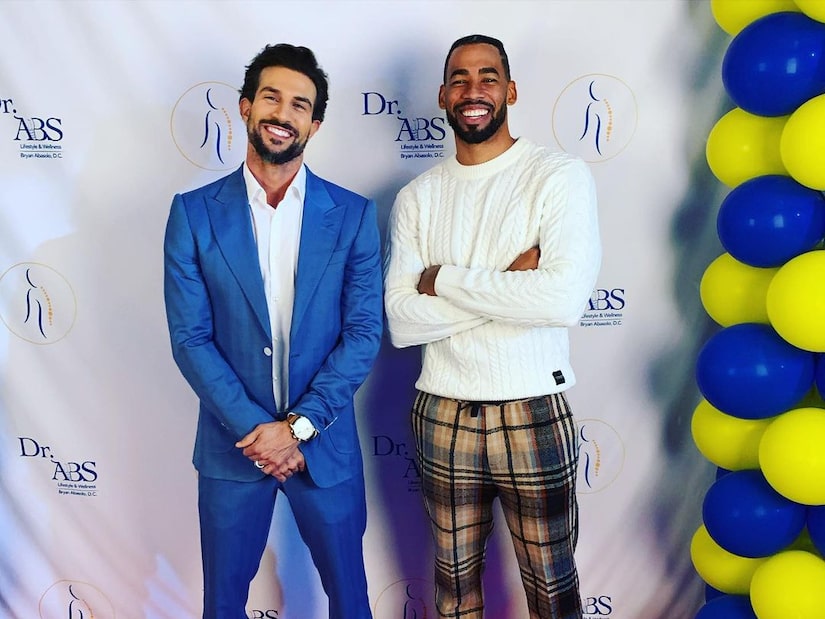 What have you done for your relationship lately?

“Talking It Out With Bachelor Nation” co-hosts Mike Johnson and Bryan Abasolo revisit this question in their own daily lives as they discuss the key to maintaining healthy and thriving relationships.

But before dishing their “daily gems,” Mike opened up about the importance of not giving in to the pressure to be in a relationship.

“Do I want to be in a relationship?” Mike asked. “The answer is absolutely and unequivocally yes. But am I allowing pressure from other people to get to me? Hell no.”

But when he’s in a relationship, Mike says, “There’s a mental clock in my head. Every three months, I’m like, ‘What have I done for her lately?’ Just a small token, it goes a long way!”

For his “gem,” of advice, Mike explained, “Have Uber Eats deliver your girl her favorite coffee before she walks out the door. It’s that simple stuff, right?”

Bryan agreed wholeheartedly, admitting, “I’m a guy. I’m forgetful sometimes. We’re sometimes a little bit aloof. Put a reminder in your phone maybe a couple times a month or once a week. Ask yourself that question, “What have you done lately for your relationship?”

This led to the topic of complacency. “I feel like a lot of men and women in relationships sometimes get complacent,” Bryan said. “You’re like, ‘All right, we’re together. It’s all good.’”

The Bachelor Nation star, who is married to former Bachelorette Rachel Lindsay, added that in order to “keep the relationship spicy,” the little things go a long way.

“It could be doing things around the house, fixing little things here and there, taking the initiative,” Bryan explained.

With that said, Bryan isn’t typically one to boast about what he’s done to make his wife happy, as he focused his “daily gem” on keeping things to oneself.

He said, “Know what to divulge and what not to divulge. There’s a lot of jealousy and envy and hate out there, especially in the whole social media world. You don’t need to be putting all that out there.”

Silence sure does speak volumes!

To hear more of Mike and Bryan’s conversation on the “Talking It Out with Bachelor Nation” podcast, check out the full episode below.