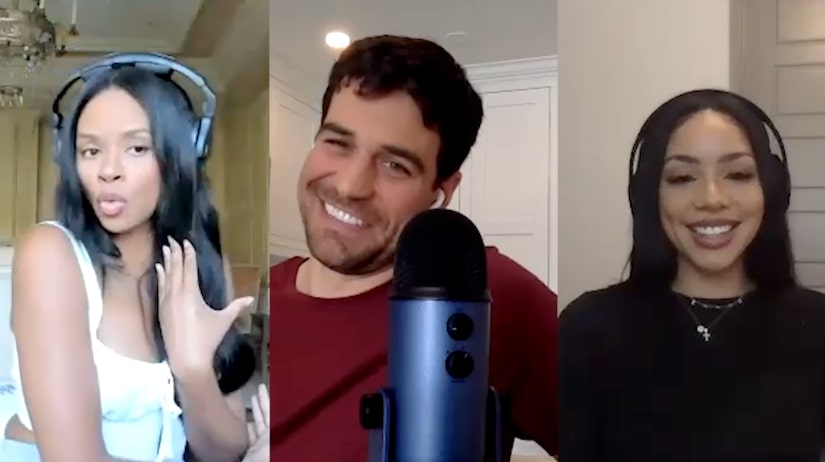 It’s all in the body language…!

While Clayton Echard is gearing up to visit the final four remaining women in their hometowns, Bachelor Nation fans are hard at work analyzing every little clue as to who could win his heart between Gabby, Rachel, Susie and Serene.

So this week, the “Click Bait with Bachelor Nation” co-hosts Natasha Parker, Joe Amabile, and guest host Deandra Kanu shared their input as to whom they think Clayton will give his final rose… And let’s just say we’ve come to a difference of opinions.

Joe kicked off the conversation by saying, “I’m gonna throw out a guess that I do think it’s Susie,” but Natasha wasn’t too sold on his prediction, especially after tuning in to last week’s episode.

“I’m gonna say Rachel only because, and I saw it this episode specifically, when they sat down in that couples’ therapy, I was like, ‘This is the future!’” Natasha exclaimed.

She went on to add that their body language was a dead giveaway, saying, “They were sitting so close to each other, they were holding hands. The body language between Rachel and Clayton is just… wow! I saw it in this episode.”

Both Joe and Natasha stood firm on their guesses, as Joe chimed in by asking, “Really? I see it more with Susie.”

“Mmmm, no,” Natasha told him, but Joe stood firm on his decision, saying, “Well, I disagree with you.”

“And that’s okay!” Natasha reassured him.

Looks like we’ll just have to wait to find out which lucky lady will walk away with Clayton’s heart!

To hear more of Natasha, Joe and Deandra’s conversation on the “Click Bait with Bachelor Nation” podcast, check out the full episode below.