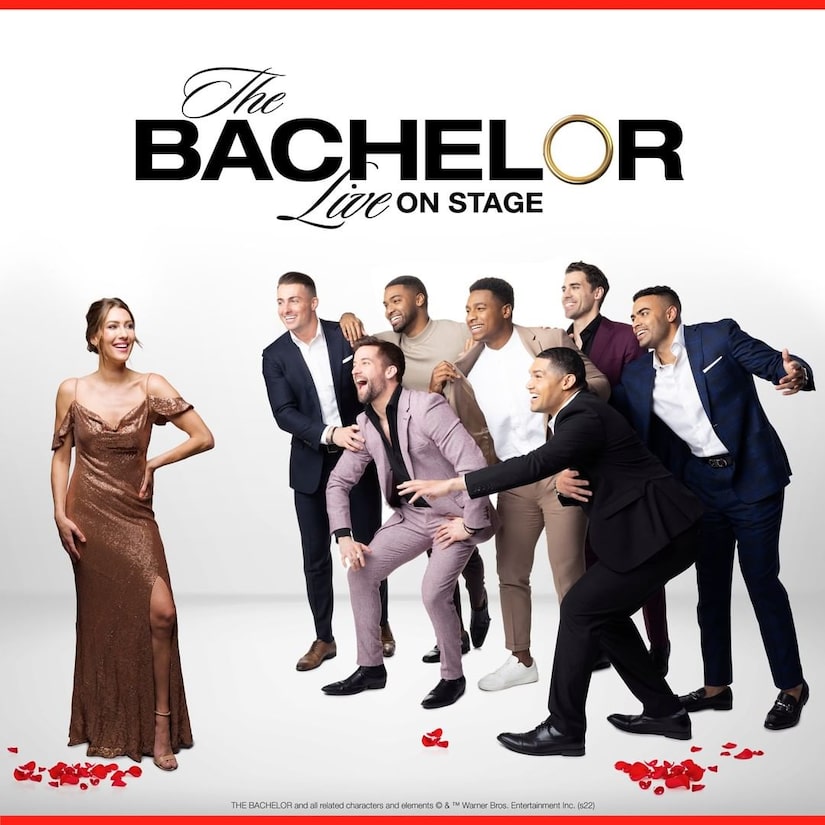 Are you ready to embark on the journey of a lifetime?!

Seven of “The Bachelorette” franchise’s most eligible bachelors sure are as they gear up to visit 41 cities around the U.S. for an interactive evening with Bachelor Nation fans filled with onstage laughter, group dates, games, Rose Ceremonies, and lighthearted connections.

Former Bachelorette Becca Kufrin will host “The Bachelor Live on Stage,” and she caught up with some of the guys who will be greeting fans and simultaneously looking for love during a surprise episode of the “Bachelor Happy Hour” podcast.

She got the inside scoop on ways to get their attention, major turn-offs, and whether they’d be open to partaking in some public displays of affection.

Unlike being on “The Bachelor” or “The Bachelorette,” Season 17’s Connor Brennan admitted he’s looking forward to receiving help from the crowd when handing out his roses.

He said, “The crowd is going to be able to help me choose and interact with the girls. I have to follow my heart, but the crowd might see things that I don’t. So I hope that if there’s some drama going on, the girls will fill me in, or the crowd will fill me in.”

Overall, Connor is thrilled to be able to meet new people and get the crowd singing, which might even cause some women to fall head over heels.

Becca asked Connor if he’d be willing to replay the shocking moment during Katie Thurston’s “Men Tell All” when an audience member walked up to kiss him onstage, and he didn’t exactly shoot down the idea.

“I’m gonna go with the flow and see what happens,” Connor revealed. “I’m not going to say yes or no. If the moment’s right, and we’re feeling it, who knows?”

For Ivan Hall, who competed for Tayshia Adams’ heart on Season 16, an onstage smooch may not be the best approach.

When it comes to red flags, he dished to Becca, “There’s not much, unless you’re being super overly aggressive and hitting on me and trying to make out with me onstage randomly.”

Above all else, Ivan explained that he’s more willing to hand out his rose if he sees that the crowd is rooting for someone.

“If you can get people to jump out of their seats cheering for you, then you’re automatically going to advance to the next round,” he said.

It’s no question that a first impression goes a long way, and James Bonsall’s “out-of-the-box” limo entrance on Season 17 has undoubtedly followed him throughout his franchise reign.

Becca was curious as to whether the infamous box would be making an appearance during the upcoming tour and James was quick to give fans a glimmer of hope.

Coming to terms with the fact that the box is his “signature entrance,” James said, “If I have to roll out in a box in seven different cities, so be it! I did it in New Mexico, I did it on the beach for ‘Paradise.’ So I guess I just have to own it at this point.”

So ladies, to secure a rose from James, you may want to think outside the box (or inside, for that matter).

When asked how he’d feel if someone surprised him by coming out of a box, James admitted, “I would love it! That’s dedication!”

He added, “When I did it in New Mexico for Katie, I wanted to do something different and unique and show my fun side. So that would really resonate with me. I’m all for it.”

To hear more of Becca’s conversation with “The Bachelor Live on Stage” suitors, check out the full episode below.