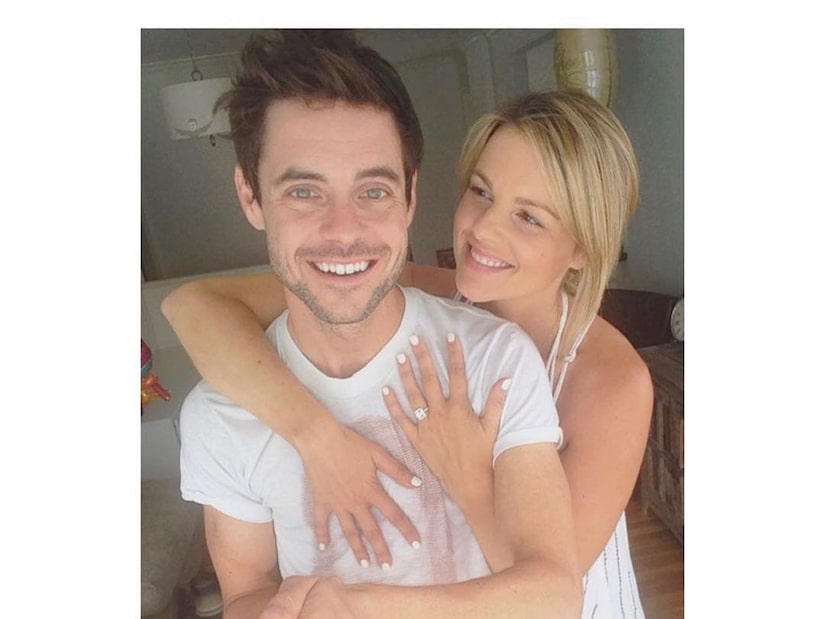 What is a marriage without a little laughter?!

She wrote, “5 years. Happy anniversary @kevinmanno. In my vows I promised to always ‘try’ to remember to wash the parmesan cheese out of my pasta bowls. I very strategically threw the word ‘try’ in there. And today, I vow to TRY to not leave a half-eaten tomato on the counter every day. Thanks for putting up with me. I love you. #ThisIsLove.”

Kevin echoed a similar sentiment on his Instagram page, writing, “I truly feel like it was 2 minutes ago that we took this pic after getting engaged. Well it wasn’t, because today marks 5 years since we got married! I love you more than ever & I love the lives that we have built. Happy Anniversary, Ali!"

In Kevin’s post, however, he included a voiceover of himself mocking Ali about leaving tomatoes out on the counter as she said her vows in their wedding video.

“I promise to ALWAYS leave tomatoes around the house and never put them away after I cut them,” he joked, adding in his caption, “And I am so impressed you stuck to those vows!"

Bachelor Nation fans fell in love with Ali after she first appeared on “The Bachelor” Season 14 but voluntarily exited the show after Week 6 due to concerns about her job.

She later was cast as the Bachelorette during its sixth season and became engaged to Roberto Martinez in the finale in 2010. They ended their engagement the following year in November.

Ali began dating Kevin two years later, and they announced their engagement in September 2015, a year before welcoming their first child, Molly Manno, on July 6, 2016.

Molly was a flower girl in their beachside wedding, held in Los Angeles, and they welcomed their son Riley the following year.

Ali and Kevin recently moved to Nashville after documenting their journey of building a brand-new home in the city’s suburbs.

Here’s to many more years of wedded bliss, and even more laughs along the way!